On Monday, Xcel Energy offered further evidence of how far alternative energy sources have come by announcing the closure of its remaining coal power plants by 2030. 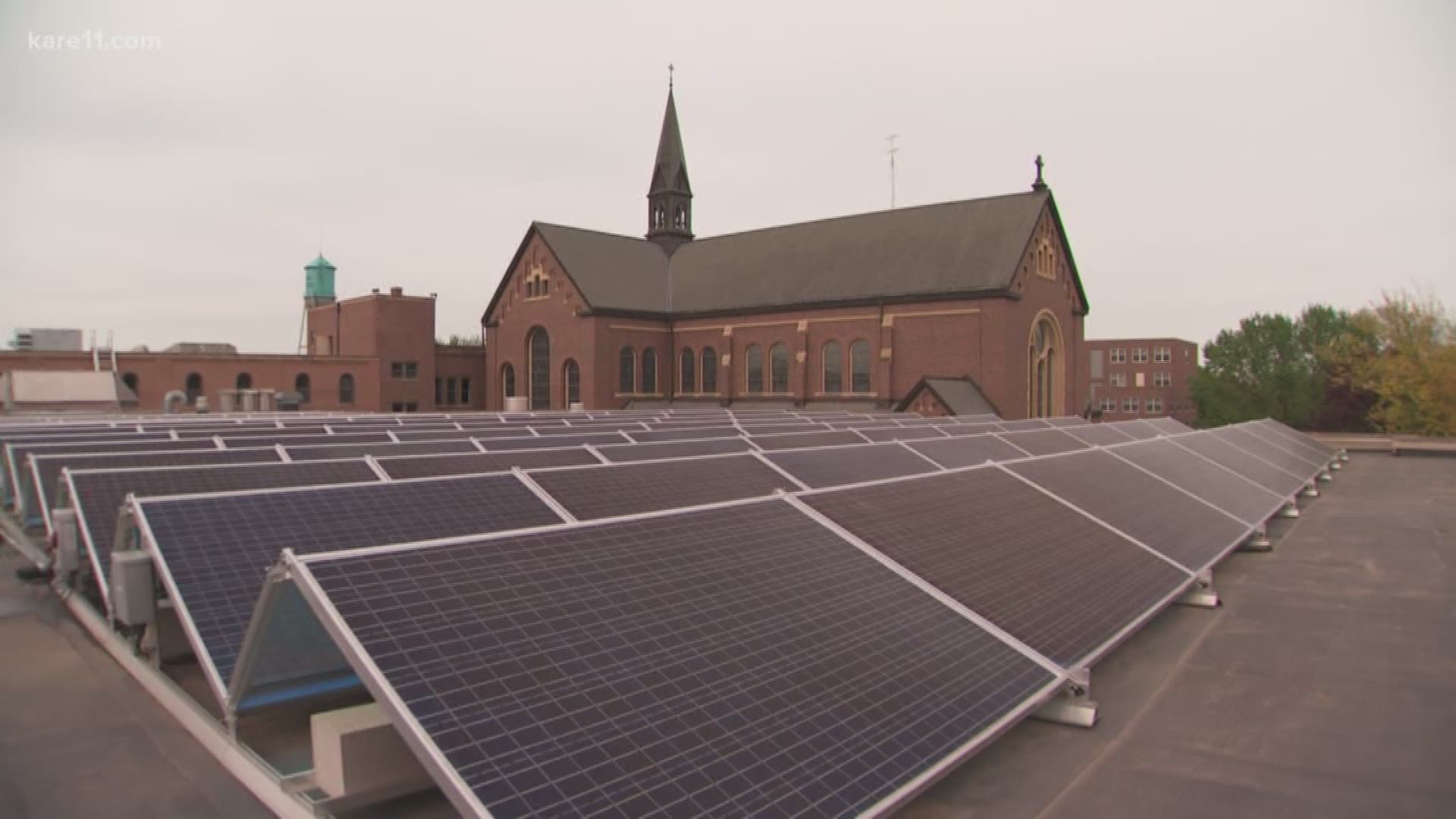 Not so long ago, the idea didn't seem to have a prayer.

Electricity from the sun – in Minnesota?

Yet, perched on a hill at their Mankato campus, the School Sisters of Notre Dame foresaw a higher power. Several stories higher.

“This was our first solar project,” Sister Mary Kay Gosch said from the roof of Notre Dame Hall.

Gosch, the convent’s campus administrator, stands amid an array of solar collectors that now generate roughly $6500 worth electricity annualy.

As the price of electricity rises, “each year that goes up a little bit,” Bill Ward, the sisters’ facility administrator explains.

But the solar array on the roof, was just the start for the sisters.

On the other side of the campus, Ward opens the lock on 11 acres of solar collectors.

The School Sisters of Notre Dame are also subscribers to two community solar gardens, one in Mankato and the other in Minnesota Lake.

For the sisters, it’s been both a good investment and a testament to their faith and mission.

“As educators we are invested in that what we think will make a difference,” Gosch said. “It is about what can we do to sustain a world that’s livable for everybody.”

When the sister started studying solar, they were way ahead of the curve.

On Monday, Xcel Energy offered further evidence of how far alternative energy sources have come by announcing the closure of its remaining coal-fired power plants by 2030.

The sisters like to think they played a small role in advancing solar.

“It's nice to see now if you travel in the southwestern, eastern part of the state, that you see more and more of these solar parks,” Gosch said.

As others doubted, the solar sisters just kept believing.

“Believing that this is a piece of what our world needs,” Gosch said.