Mankato woman gets to keep pig, but can't take her on walks

A Mankato woman gets to keep her pet pig, Lucy, but there's a catch. 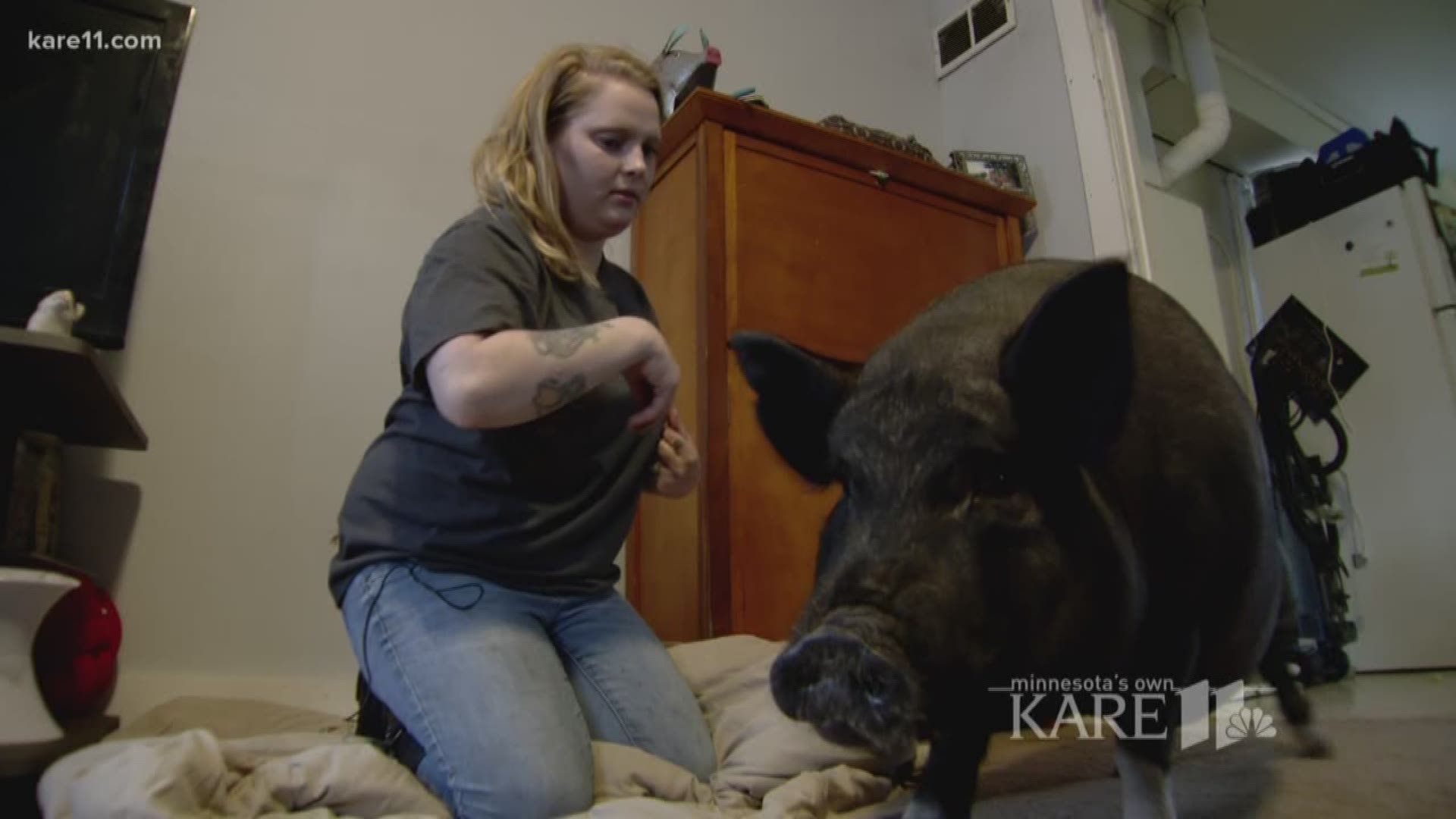 MANKATO, Minn. - A Mankato woman who fought the city of Mankato to keep her pot-bellied pig, Lucy got good news Thursday.

Madeline Exline and her fiance, Sandra, were recently out walking "Lucy," when the local newspaper photographer snapped a photo.

Days after the photo was featured, Exline received a letter from the city of Mankato letting her know that she was violating city code. She had been given 14 days to remove Lucy from the city limits or face a citation.

In a meeting with city officials Thursday morning, Sandra told KARE 11 the city will allow them to keep Lucy but they can not leave their home with her. That means, no more walks.

Exline considers her 215-pound pet pig her support animal, one she's had for four years. Sandra said they're going to try to get the city ordinance changed. When her fate was in jeopardy, a petition was started in support of Lucy staying in Mankato.

"She's my best friend, as silly as that sounds. She's family, she's literally like a child to us, I mean, she is and the thought of living without her, it's kind of unbearable," Exline said.

Lucy as a piglet. (Credit:&nbsp;Madeline Exline)