"I heard about his story and I just found it really inspiring, and I just wanted to meet him and say hello in person. And tell him to stay strong, and he'll be in my thoughts and my prayers," Wahlberg told KARE 11. 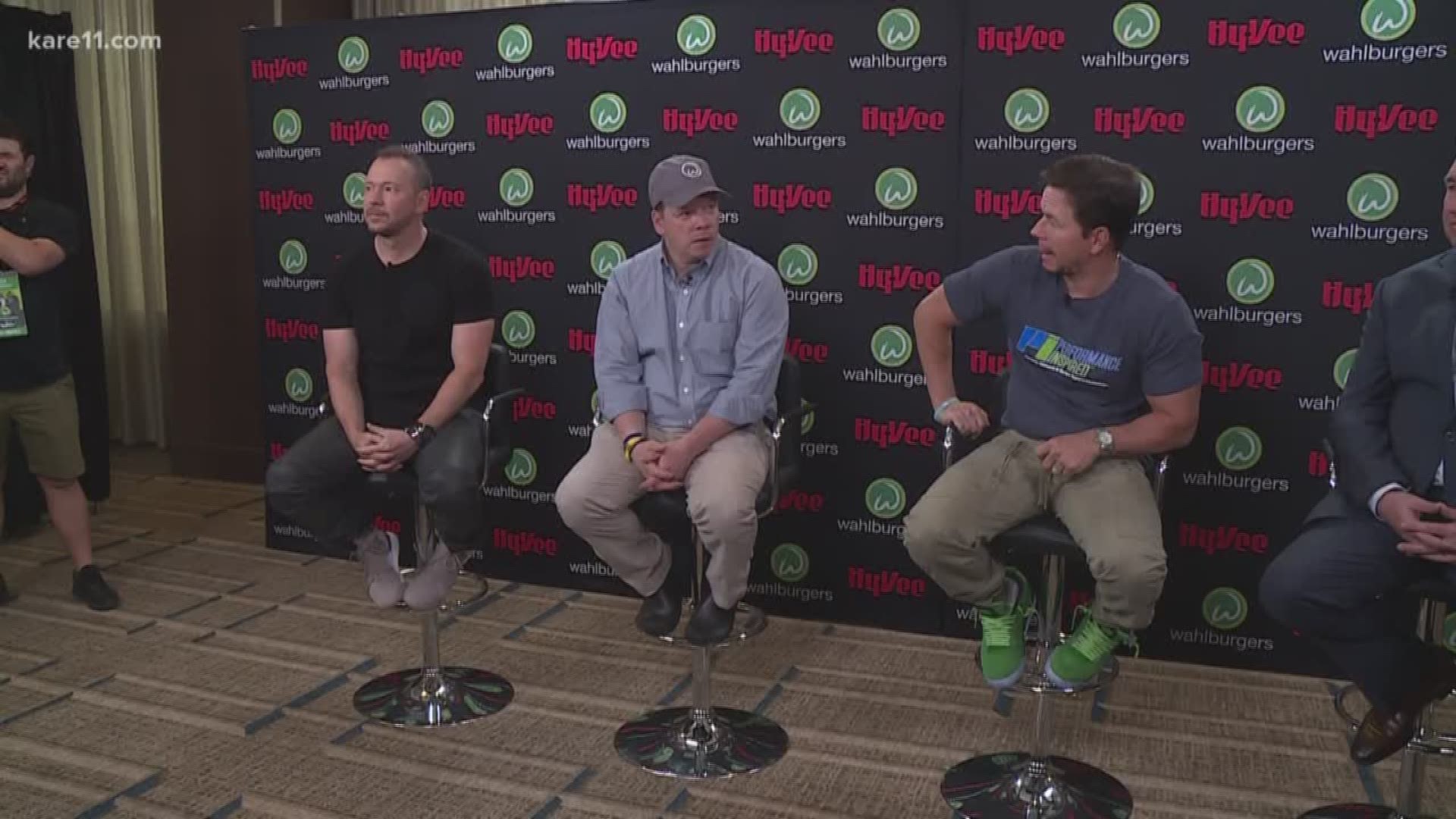 BLOOMINGTON, Minn. – Look up a list of “nicest celebrities,” and you’ll likely see his name there: Mark Wahlberg.

At least, that’s what 17-year-old Liam Fairbanks believes. It’s also why he chose meeting the Hollywood star as his wish through the Michigan-based The Rainbow Connection.

“He seems like a cool guy,” Fairbanks said on Thursday moments before meeting the mega-star.

And the introduction – just one part of the hoopla surrounding the grand opening of the Wahlburgers restaurant at the Mall of America – was exactly what Fairbanks needed as he continues to battle brain cancer.

“He was diagnosed last fall, and it was a complete shock. We don’t have cancer in our family anywhere,” said his mother, Heather Kilpatrick.

Kilpatrick noted that her son balances his rounds of chemotherapy with normal teenage activities: from taking the ACT and SAT to looking for a part-time job. But he also tries to plan exciting events to keep his attitude and outlook positive.

“Any special extra fun thing we can do. It makes me, as a mom, really happy to see him do so well,” Kilpatrick said.

On Thursday night and after flying in from Detroit, Liam was among thousands of fans gathered to greet the celebrity brothers near their new restaurant. And once Mark Wahlberg walked into the venue, he headed straight for Liam.

"What’s up buddy? Nice to meet you buddy,” Wahlberg said, before giving the Michigan teenager a hug.

“I heard about his story and I just found it really inspiring, and I just wanted to meet him and say hello in person. And tell him to stay strong, and he’ll be in my thoughts and my prayers,” Wahlberg told KARE 11.

And with those words and the visit that followed, a celebrity earned his title. At least to one teenager enjoying a break from his battle.

“He definitely does. Yep, I’d rank him up there,” Liam said.