Minnesota United midfielder Collin Martin is now the only openly gay male pro athlete in the U.S. His story inspired many on Pride Night at the stadium. 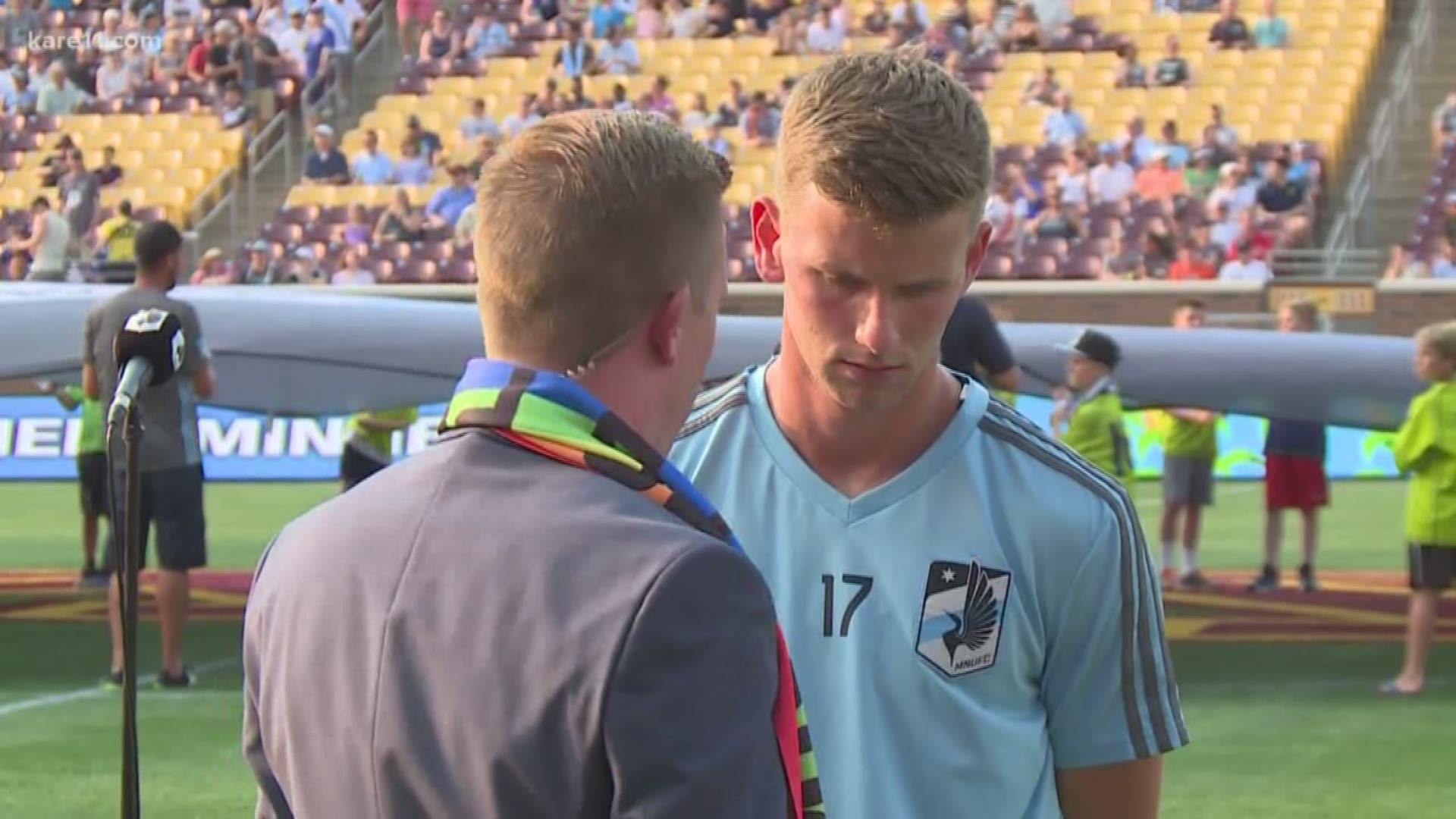 MINNEAPOLIS – With one tweet, Collin Martin changed the landscape of American professional sports. He announced Friday he is gay, making him the only openly gay male pro athlete on an active roster in the five major U.S. leagues.

His announcement came ahead of Pride Night at TCF Bank Stadium, where thousands of eager Minnesota United fans channeled their passion for soccer into something much larger.

They wore Pride colors both inside and outside the stadium, and they let out a thunderous cheer when Martin presented an award to the director of Twin Cities Pride at halftime.

For passionate fans of the Minnesota United, like Andy Reierson, it was a monumental occasion.

“I’m really glad that we can begin a trend here. You look back at history and say, a lot of it started here in Minnesota,” Reierson said.

Ryan Adams, the director of the largest LGBTQ+ soccer club in Minneapolis, described Friday evening as a surreal experience.

“For this to be happening here in Minnesota, I get the chills just thinking of it,” Adams said. “To have someone from our community represented at the top level of sport.”

Another fan, Megan Smith, added: “It’s such a hard thing growing up, being a young child, coming into the world as a member of the LGBTQ community. So it’s cool to have this role model in the public eye,” Smith said.