On Wednesday, Minneapolis Mayor Jacob Frey talked about his vision for improving police and community relations as well as expanding the police force. 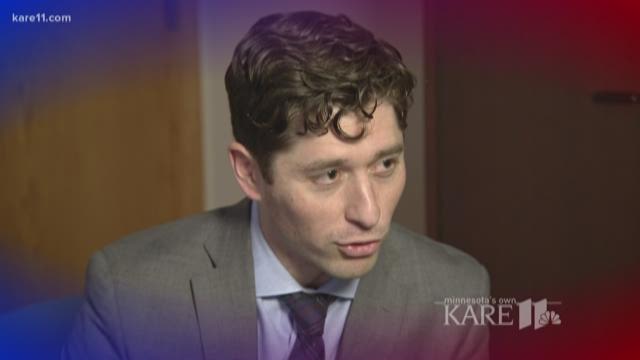 MINNEAPOLIS - On Monday, Minneapolis police investigated a drive-by shooting that left two men injured. It happened after midnight. Minneapolis Police say the victims were walking in the 400 block of Hennepin Avenue south when someone fired shots.

Tuesday, Minneapolis Police responded to reports of a weapon at Patrick Henry High School. A short time after the threat, an all-clear was issued.

Hours later, a fight between two men led to a deadly shooting near the intersection of 18th and Columbus. The victim died at Hennepin County Medical Center.

On Wednesday, Minneapolis Mayor Jacob Frey talked about his vision for improving police and community relations.

“Right now, the vast majority of officers are running from 911 call to 911 call,” he said. “We are going to be undergoing a significant effort to improve police-community relations. We need to give the police officers time to engage.”

Frey says reducing crime in the city centers on building relationships. Frye said police officers should have an opportunity to get to know the small business owners and residents. Frey said he believes this can be achieved by narrowing the beats of officers and putting them on consistent times and schedules, so they build positive relationships with the communities they serve.

“I want you to know your officers by name,” he said. “We will need more officers. It is just common-sense, really. We will be increasing the size of the MPLS Police Department with an eye for enhancing police-community relations.”

Frey didn’t give a timeline for the reform or an exact number of sworn officers the city plans to add to the roster. Frey did say Minneapolis Police Chief Medaria Arradondo “has outlined 1,000 officers” as a goal. According to a spokesperson for the Minneapolis Police Department, there are 889 sworn personnel for MPD.

“There is no specific time frame as to when we would get there,” Frey said. “Obviously, there are budget constraints and you can't just do it all in one swoop but we are going to be making efforts to do so.”

Getting there would put Minneapolis, a city with more than 400,000, in line with other Metropolitan cities.

Frey said all elements of spending with the city, for the most part, come out of the general fund which is property taxes.

“The good news is that our city is growing,” he said. “We have certain parcels in the city that were generating $30,000 a year, and very shortly we will be generating $2.5 million in property tax revenue. We will have some additional dollars on the table that we can use without dramatically increasing everyone else’s taxes."

We did reach out to Chief Arradondo for comment on this story. A spokesperson from his office said the chief would be able to talk about the potential changes later once the numbers are ironed out.