Migrants in desperate need of medical care, group from U says after mission

Central American migrants in Tijuana are in desperate need of continued medical care, according to a mission group from the University of Minnesota. 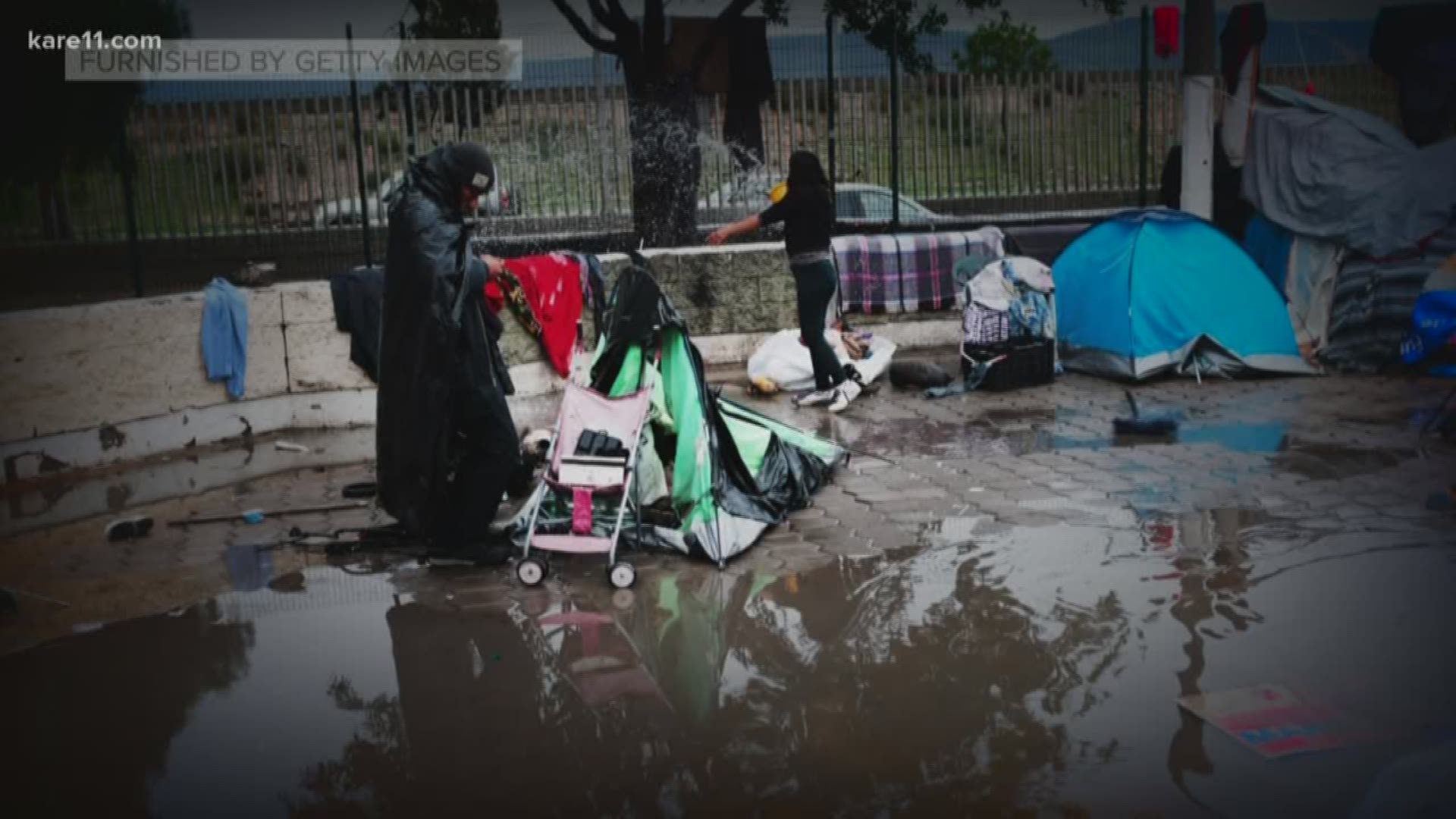 MINNEAPOLIS - Some of the migrants are living in camp cities with nothing but tents over their heads. Children without parents are staying in a YMCA shelter. Other families have found refuge in churches.

Conditions are dire in Tijuana, Mexico, as thousands of Central American immigrants wait for asylum claims to process in the United States. They have fled violence and poverty in Honduras and Guatemala, but now, they find themselves stuck in limbo at the mercy of U.S. immigration judges.

Disease is rampant at these temporary shelters in Tijuana. Children, especially, are experiencing trauma after a grueling 2,000-mile walk to the border.

Dr. Miguel Fiol, an associate professor of neurology at the University of Minnesota, saw the desperation first-hand this week as he traveled to Tijuana with seven other medical professionals from the Twin Cities. Together, they provided care to about 200 patients in six different camps across Tijuana.

They returned this Tuesday after a three-day mission.

The group of eight doctors, nurses and medical experts encountered a long list of diseases during their trip, including upper respiratory infections, chickenpox, scabies and lice. They offered emergency treatment as best they could, but they did not have access to labs or x-rays.

Stress headaches, anxiety and other mental health conditions also seem to be rampant, triggered by the stress of the long journey as well as the uncertainty that lies ahead.

In a reversal of U.S. policy, the Trump administration announced last month that asylum seekers cannot stay in America while their claims are processed, which has left them stranded in Tijuana and other border cities across northern Mexico.

The process could take months.

Sarah Lechner, a retired child psychiatric nurse who made the trip, said the instability is causing severe trauma for children. She observed that many of them refused to leave their mother's side.

"They left behind everything in their life; their friends, their home," Lechner said. "Their future is now completely unpredictable. These are very resilient kids — they're not mentally ill in any way — they're just under stress."

Roberto Lopez Cervera, a second-year medical student at the U, said insomnia and anxiety were common.

"I think the most alarming part of it all is that there's an insensitivity to the real mental health suffering that's going on, by the slow processing of (asylum) applications," he said, "when people have legitimate claims and are trying to go through the appropriate process."

Upon returning, the mission group is now making recommendations to the governments of both the United States and Mexico.

Dr. Fiol also said he would like to see a more centralized system of care, including a main facility that could handle the influx of migrant families seeking medical care. Right now, the families are mostly scattered across Tijuana in a variety of different locations.

"It could be a major epidemic. Major epidemic, right at our doorstep," Fiol said. "Somehow, we need to take preventative steps."