Elmer Kerestes, from Holdingford, Minnesota, is one of about 40 people whose remains were unidentified after Pearl Harbor. 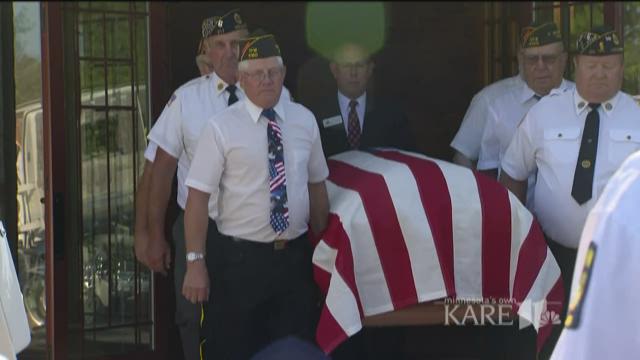 It has also been that long since the family of Fireman First Class Elmer Kerestes has had any definitive answer as to where he is.

“Our family knew Elmer likely went down with his ship, but there were always questions,” says Jan Klug, Kerestes’ niece.

Elmer Kerestes was on the USS Oklahoma that morning when 429 sailors perished. He was one of around 40 whose remains were unidentified and buried at a Hawaiian grave site. Two years ago, the Navy called Klug and asked: If they could identify her uncle's remains, would she want to know?

“I have to tell you I just cried, like if my best friend had just passed away," she says. "I told them yes.”

That exact same feeling came rushing back almost two years later, in 2017, when another call from the Navy informed Klug they had identified her uncle's remains. They were flown home this week.

The Holdingford native joined the Navy after graduating high school in 1938. His family members were able to hold a service at a funeral home in Melrose. While his funeral procession traveled almost 25 miles from Melrose to the cemetery in Holdingford, hundreds of people lined the streets to pay their respects.

“When I see that casket draped in the American flag, that says something to me," said Jed Konsor. "That says that guy fought for us. Died for us. That's why we are here today."

Kerestes was given full military honors at the cemetery where his parents, Tom and Anna, are buried.

"I just have to cry when I see this,” Klug said. “Because I think how happy grandpa and grandma are in heaven. They finally got their son back. They waited their whole lives for something like this.”

Kerestes is one of several service members whose remains have been identified through DNA in the past few years, and whose status has been changed from missing in action to confirmed killed in action.