Finding a reason to live is a fight facing many of those who've fought for our country. 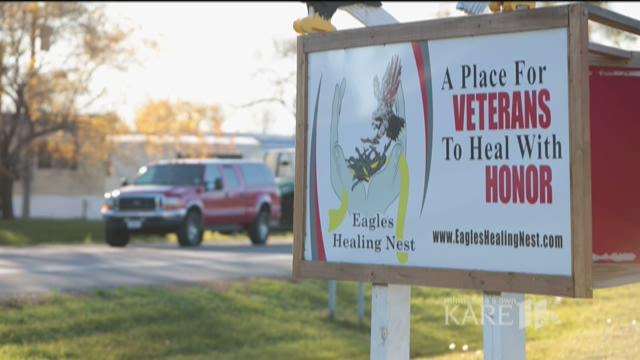 SAUK CENTRE, Minn. - Finding a reason to live is a fight facing many of those who've fought for our country.

Eagle's Healing Nest in Sauk Centre is a sanctuary set up to help veterans find that reason.

Butler opened Eagle's Healing Nest four years ago, after her son, an Iraq war veteran suffering from PTSD, nearly tried to kill himself.

“He called me and said, ‘Mom, please take care of my babies and tell them that I love them.’ And I knew what that phone call meant,” Butler said.

She felt lucky her son did not become one of the 6,400 veterans who die by suicide every year. But she was left frustrated by what she saw as too much red tape -- getting help for him through the VA.

“It makes me angry. They have all these resources. And those resources are failing. And we struggle,” Butler said.

Sheri Johnson only wishes she could have gotten her son to a place like this before it was too late.

“I would have had him up here in a heartbeat,” Johnson said. “It's been four years. And it hurts just as much today as it did then.” 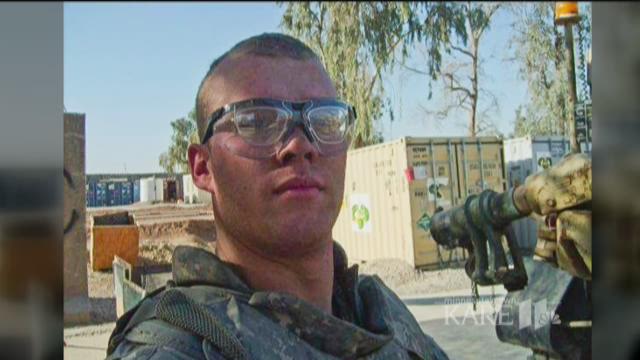 Trevor Gould joined the Army after a loved one was killed in the Pentagon on September 11, 2001. But while deployed in Mosul, Iraq, his mother knew he was having problems dealing with war.

“He called me, because it was the first time he had to take somebody's life. And he asked me… he was literally crying and asked me if God would forgive him if the guy had wife, family, kids, that sort of stuff. And what do you say to your child?” Johnson said.

Then, back in the United States, at Fort Hood in November 2009, Sheri says her son survived the mass shooting that killed 13 and wounded 30.

But a month later, the Army discharged Gould, his mom says with other than honorable status.

“He started doing pot and drinking. So they discharged him,” Johnson said.

Discharge status is important, because with "other than honorable" status -- former service members aren't eligible for VA medical benefits. Aren't able to get help for underlying issues -- which in Trevor's case, his mom believes was post-traumatic stress disorder.

“It's not fair, what they're getting dealt,” Johnson said.

Returning home, Sheri says Trevor was never the same. And in June, 2012, he took his own life.

“That day when I found him, my whole world crashed. You know, I gave birth to my son, and I closed his eyes for the last time. And that's hell. And I don't want other mothers to do this,” Johnson said.

“I've lost seven people just from my platoon that I served in Iraq with to suicide,” said Jeremy Wolfsteller, an American Legion department service officer.

Wolfsteller was an Army sergeant who recovered in the VA hospital after he was shot in the leg in combat.

Today, at the American Legion, he helps vets who may have been kicked out of service for reasons stemming from PTSD fight for VA benefits.

“Just because the military acted wrongly in the way they discharged you doesn't mean you're a bad person and didn't serve honorably,” Wolfsteller said.

But fighting the Department of Defense for an upgraded discharge status can take years. Sheri knows, help is needed right away.

“When somebody's suicidal, they need the help right now. And if they're willing to reach out at that moment, you better grab them. Or you're not going to have them anymore,” Johnson said.

Johnson is encouraged when she sees other vets seeking help, but would rather see a system that helps them first.

“I knew my son didn't want to die. He wanted to live his life. But the demons got him,” Johnson said.

Melany Butler knows others struggle too, so she invited them to “The Nest.” It’s community of veterans living in peace on a 124-acre campus on the edge of Sauk Centre, a small Minnesota town.

They're here to heal, so that they may someday return to their own communities.

“This place, not once but twice has saved my life and turned my life around,” said Dan Klutenkamper.

Klutenkamper was an Army sergeant who lived to fight for America with his platoon. After returning home with post-traumatic stress disorder, living became a struggle.

“I had a massive disconnect from people as a whole,” Klutenkamper said.

So much, that he came very close to killing himself.

“I had several different ideas I flirted with. But I could never could figure out a way to do it without ruining someone else's day, if that makes sense, he said.

“I just didn't want to burden anyone,” Littig said. “It was kind of a dark time in my life.”

Kurt says he found purpose afterward at the Nest, cooking for 70 other vets staying here.

When he felt ready, he left, using his new skills to find a job cooking for a restaurant in town.

The Nest has a new cook now -- thankful for that same sense of purpose.

The Nest is completely free from government strings -- fully paid-for through grants and donations.

That community support -- is one thing these vets say sets the experience here apart.

“This community up here has been phenomenal. Just phenomenal,” Klutenkamper said.

Another difference is the veteran-on-veteran support.

“There's counseling. There's therapies. There's being around the other generations of veterans that have been dealing with this for 30, 40, 50 years,” Klutenkamper said.

Then, there's Melony, whom the vets call “Ma.” She sees her own son in them.

“Mel with fight for you. She'll be the first one to break a boot off in you, but she will fight. And she will not stop. There are times she's here at 11 - 12 o’clock. That woman will not quit.