Lime and Bird hit the streets last year. This year, one of those companies isn't coming back... 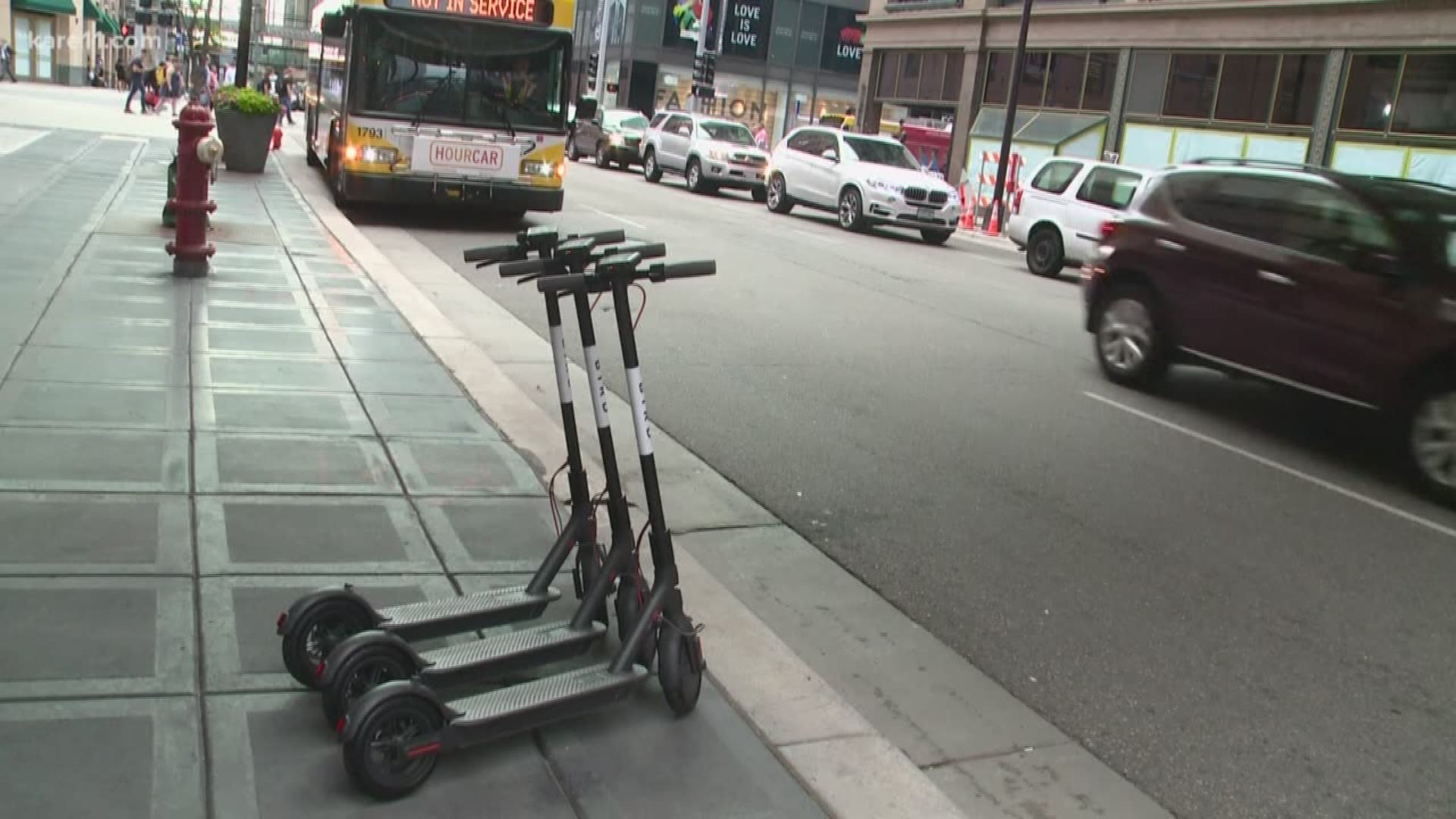 MINNEAPOLIS — The weather is nice enough today to talk about electric scooters and the good news is, they will be making a return to the city of Minneapolis.

This time, consumers will have more options when it comes to brands, according to Josh Johnson with the city.

Lime, Lyft, Spin and Jump will be the options. Basically, electric scooters made a decent impression on Minneapolis last year. Johnson said from their initial gathering of data, they found that the relationship people had to the scooters was meaningful, meaning -- they were used for more than just joyrides.

"There is an element of whimsy and fun to this, but there was very much a meaningful transportation option for people last year," Johnson said.

Looking at the city's data set from last year, of the people surveyed, 28.5 percent said they used the scooters one to three times a month to get to and from work or school. People also said they used scooters to run errands and to help them get to public transportation.

The scooters will stay at least until March of 2020 -- that's when the extended pilot program is slated to end. However, there is one awkward piece of information we haven't addressed yet.

Bird, one of the two scooter brands available in Minneapolis last year, won't be returning this year.

"The three additional companies that applied were Gotcha, Razor and Bird," Johnson said.

He explained that all companies interested in serving Minneapolis had to fill out a "Request For Qualifications," answering how the company can further the city's long-term transportation goals.

"Things like climate, equity, safety, prosperity, mobility and active partnerships, which really illustrate how we think about transportation and new mobility in the city," Johnson said.

And from what he explained, it wasn't that Bird wasn't good enough, it was that the four chosen companies went above and beyond.

Bird said in a statement, "We are concerned with the direction of Minneapolis' plans for e-scooters, and are working to get a thorough understanding of how city officials came to the disappointing result that they did."

A Bird spokesperson also added that people sent more than 1,400 emails in a day to Minneapolis officials saying that they wanted the Bird to stay in the city.

However, it looks like it's too late for the city to change its mind.

"We did institute this process which had very clear guidelines for how to respond and how selections would be made, so we feel comfortable in how to move forward and how we'll continue with the pilot," Johnson said.

As for timeline, Johnson said it will be a matter of weeks before we see the scooters on the streets. He said we can expect to see 2,000 scooters in Minneapolis; 500 scooters from each company.