A funeral home owner in Minneapolis would like to give a 140-acre cemetery to the city because of the costs. 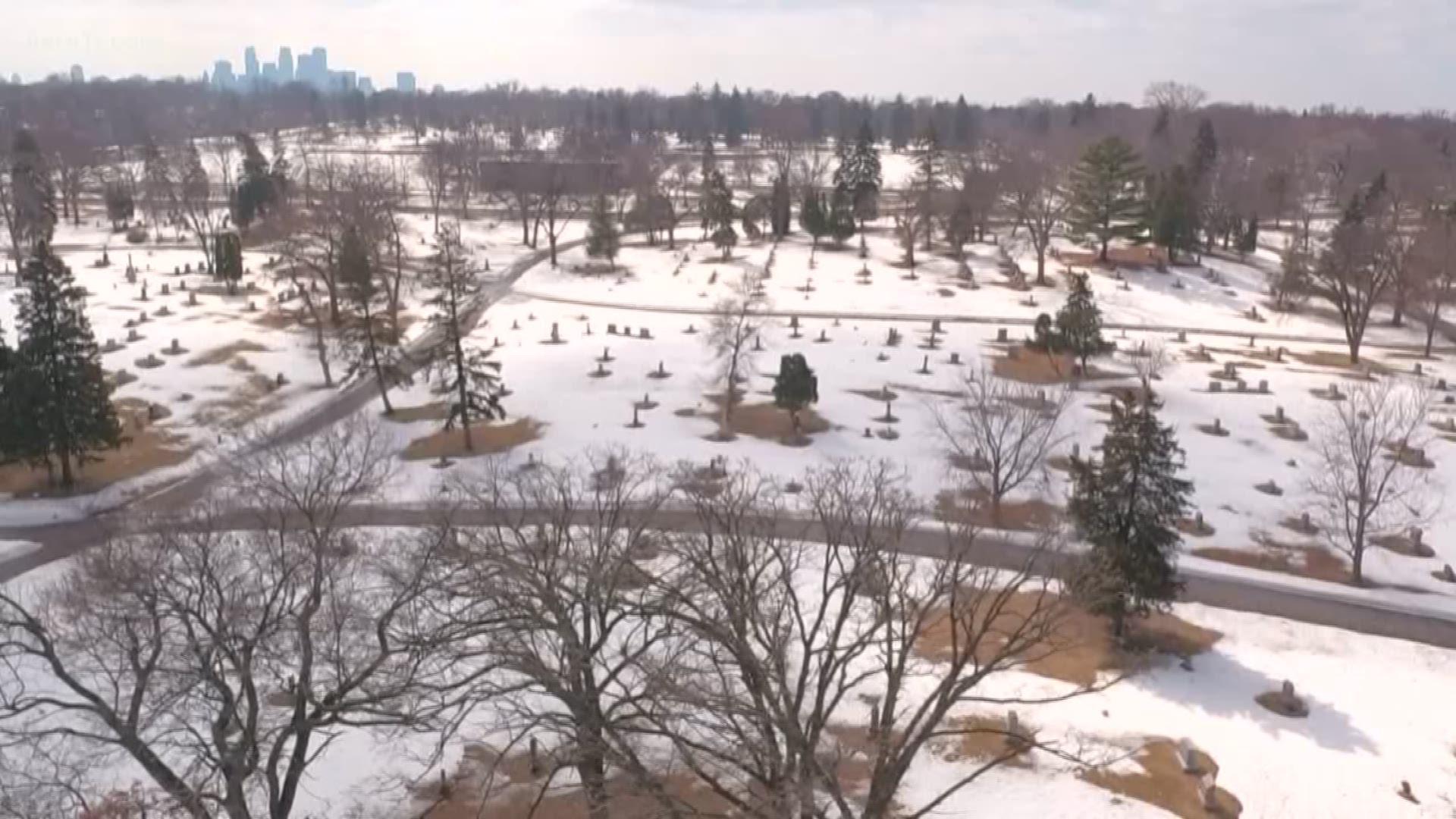 It may seem like a business that will never die, because people never stop dying. But funeral home owner Bill McReavy opened some eyes this week at a Minneapolis city council transportation committee meeting when he said this:

“If you would like to receive Crystal Lake cemetery as a gift from my family, we'll give it to you free of charge,” McReavy said.

The historic Crystal Lake Cemetery in North Minneapolis is a 140-acre "garden," as McReavy puts it, that costs a lot to maintain. So much, that he's lost $300,000 on it each year for the last three years.

“We take a loss, because we have to maintain the property. We feel an obligation to do so. It's never going to make money. That's just a simple fact. With cremation,” McReavy said to the council.

According to the National Funeral Directors Association, cremations in Minnesota have risen from 49.5 percent in 2010 to 58.9 percent in 2015 to a projected 67.4 percent this year.

While burials have dropped from 48.4 percent to 30.4 in that same time.

Fast forward to the year 2035, and they project Minnesotans will cremate 94 percent of the time and bury just 5 percent.

“Today of course people are living until they 80, 90 even 100 years of age. So what happens is they are a little apprehensive of where are we going to be living and are we still going to be in Minneapolis? Or not? Boy I don't know if I should buy cemetery lots or not because I'm not positive I'm going to be living here,” McReavy said.

McReavy is willing keep operating the cemetery at a loss even if the city took ownership of the land, he just doesn't want to pay the huge assessment the city is charging for a neighborhood street project.

But his plight sheds light on what he says represents a major societal change.

City council members contacted by KARE 11 did not sound inclined to take on a cemetery to loses so much money.

The Minnesota Funeral Directors Association said many cemeteries in the state face the same challenges.