Mayor Jacob Frey announced a ban on "warrior-style" police training, but the union is vowing to fight the policy. 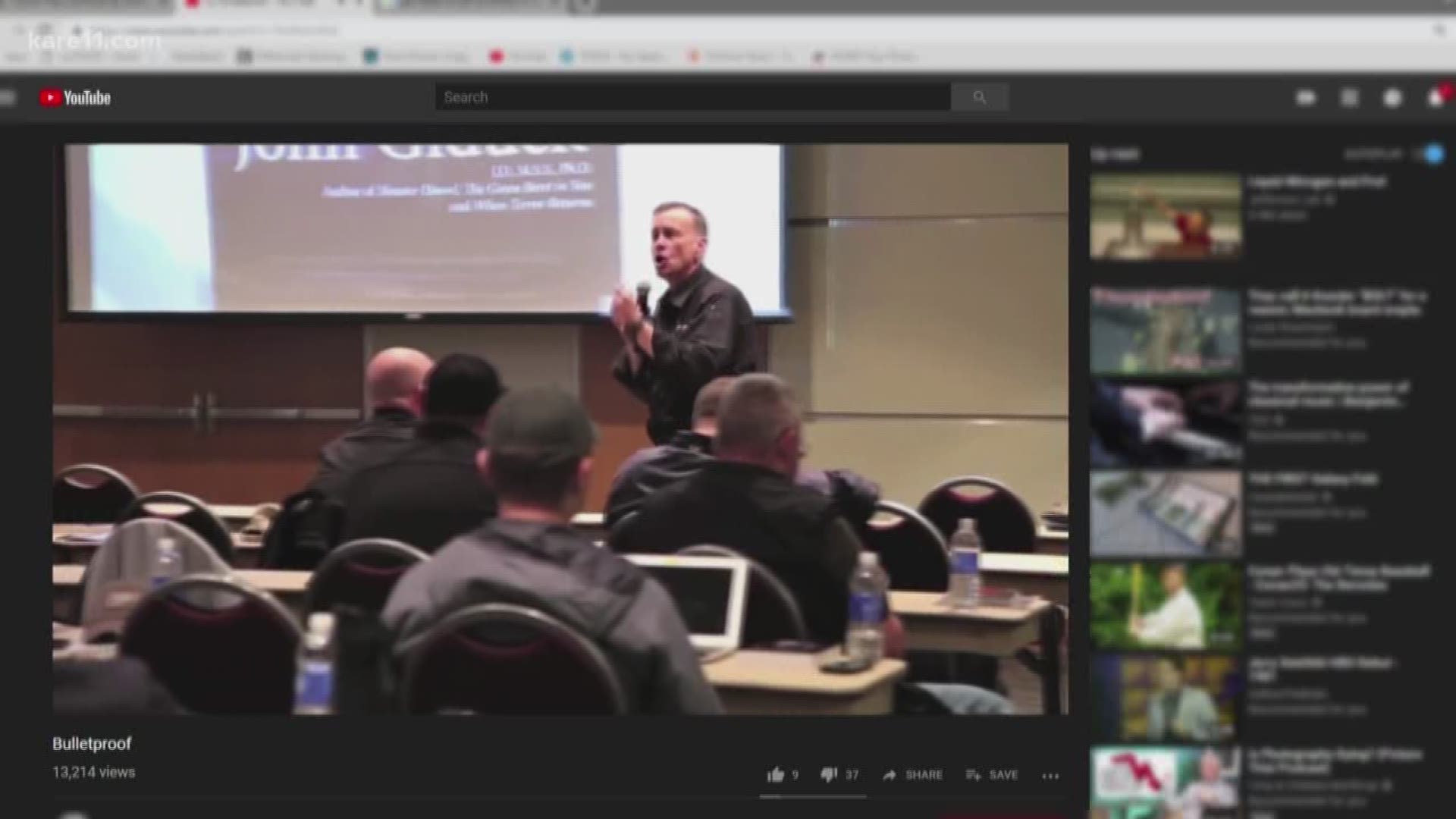 MINNEAPOLIS — Minneapolis police officers are now banned from participating in "fear-based, warrior-style" training while off duty, Mayor Jacob Frey announced Thursday, a policy the police union plans to fight and argues may not be legal.

During his State of the City address, Frey told the crowd that this type of training runs in "direct conflict with everything that our chief and I stand for." Just last year, Minneapolis Police pulled staff from the training at Mall of America, where activists protested the event.

To the mayor's knowledge, Minneapolis has become the first major police department in the U.S to prohibit the training, which is not offered through any official channel by Minneapolis Police but had been available to officers during their non-working hours.

Any outside use-of-force training must now be approved by Chief Medaria Arradondo.

The training has come under scrutiny, however, for teaching tactics some deem as overly-aggressive. In Minnesota, the training became intertwined with a particularly high-profile case: The shooting death of Philando Castile during a traffic stop three years ago. St. Anthony police officer Jeronimo Yanez, who killed Castile, had participated in "The Bulletproof Warrior" course in 2014.

Lt. Bob Kroll, the president of the Police Officers Federation of Minneapolis, said Mayor Frey misrepresented the training when he announced the ban on Thursday.

"I think the mayor needs to take a more in-depth look at what this training is. It's not truly 'fear-based' training," Kroll said in an interview with KARE 11. "I think it would be beneficial for him to sit in on one of these trainings. It's survival training."

Kroll commended Lt. Col. Grossman's training and called it "excellent," disputing the outside descriptions such as "warrior-style" and "fear-based." He said the training has been around for a long time and he knows MPD officers who've attended, although he did not know exactly how many (KARE 11 asked an MPD spokesperson how many officers have taken the training and whether the department has paid them to go in the past, but he did not have that data).

Specifics aside, Kroll said he does not believe the city has the right to ban officers from any training during their off-duty hours.

And Kroll vowed to discuss the new policy during this year's contract negotiations.

"For them to blanket limit it, I think it's illegal," Kroll said. "If not, it's a labor issue."

However, Quinn said he is no fan of the "Killology"-type training, which he said sends the wrong message to law enforcement officers by enhancing their perceptions of fear.

"You end up in this hyper-vigilant mode all the time, Quinn said. "If you fear for your life on every little startling moment in this job, you're in the wrong job."