Following the lead of other cities, the Minneapolis City Council will soon consider a prohibition on animal fur sales 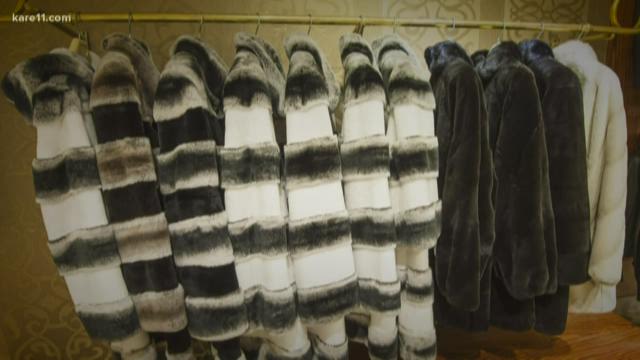 MINNEAPOLIS - Two members of the Minneapolis City Council plan to introduce an ordinance later this month to restrict the sale of new animal fur within city limits, following the lead of Los Angeles, San Francisco and the state of California.

With backing from the advocacy group Fur Free Minneapolis, council members Alondra Cano and Cam Gordon filed a "notice of intent" last week for a measure that would "prohibit the sale and manufacture of animal fur products." Gordon told KARE 11 on Monday that the process could take several months.

Supporters of fur bans across the country have called the industry inhumane, pointing to the ruthless treatment of animals as well as the negative impact on the environment. Matt Johnson, the head of Fur Free Minneapolis, said the process involves "extreme animal cruelty."

The same debate is currently playing out in New York City, with some push-back from some members of the African-American and Hasidic Jewish community who view fur as culturally significant.

Fur Free Minneapolis estimates that nine businesses in the city currently sell fur. An owner of one of those businesses told KARE 11 he strongly opposes the measure and that all products sold in his store are biodegradable and environmentally-friendly. The Fur Information Council of America also defends its industry as a boom to the U.S. economy, pointing to $1.5 billion in sales as recently as 2014.

The ordinance, if passed, could include a long grace period to allow businesses to sell off their fur before it takes effect. It would also carry some exemptions for tribal, cultural and spiritual reasons. Businesses like pawnbrokers could also continue selling used fur.