Minneapolis woman injured and in shock after dog attack

Dawn Hunt says she was attacked near Shingle Creek in Webber Park in Minneapolis. 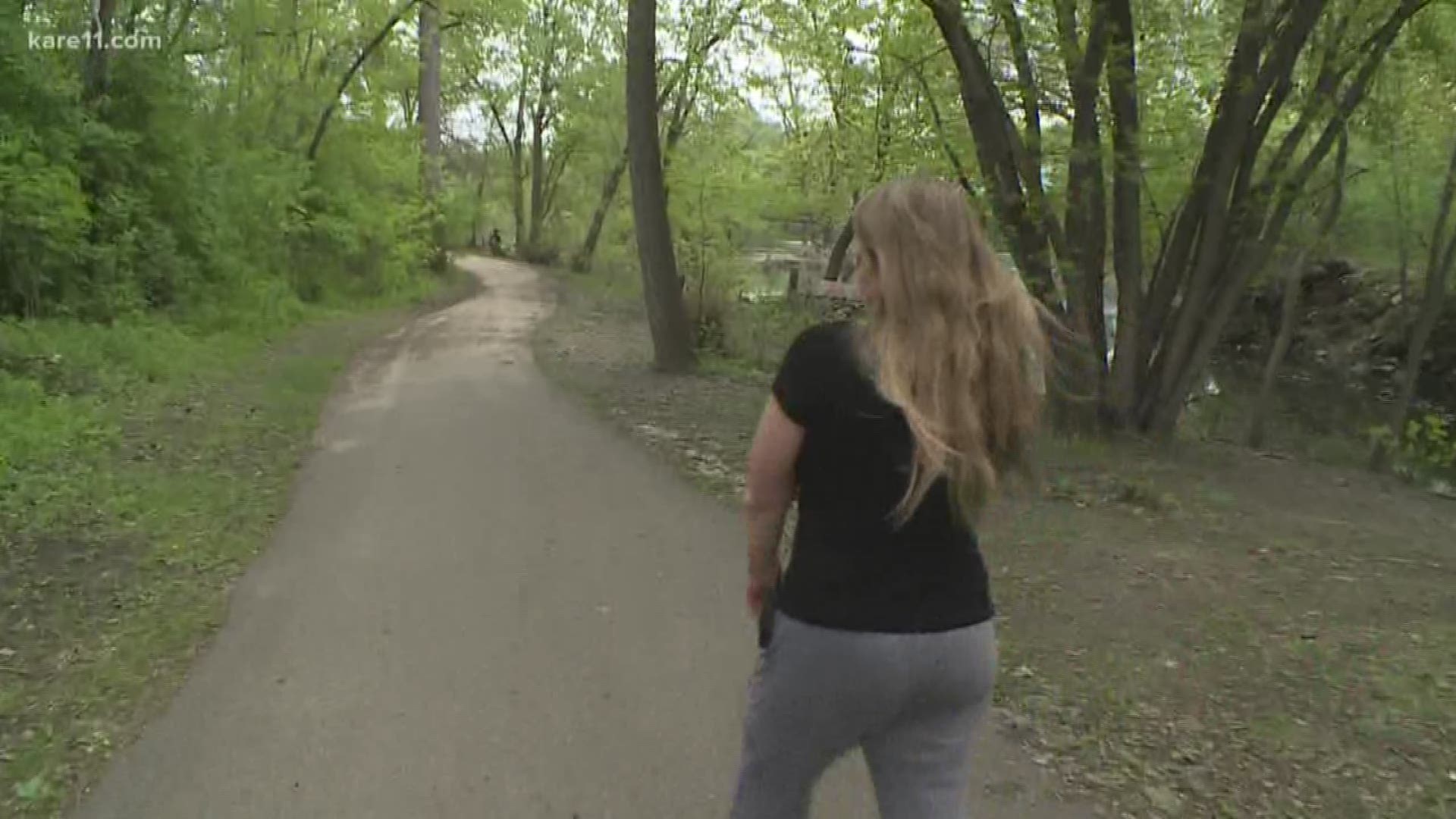 MINNEAPOLIS — A walk along Shingle Creek in Webber Park in Minneapolis is on Dawn Hunt's calendar nearly every day.

"It's beautiful down here," Hunt said, walking her usual route.

However, today wasn't an easy walk like usual along her favorite trail. She said she can't enjoy the walk, not after she was bitten multiple times by a dog Thursday afternoon.

Hunt said a white dog with brown spots turned a corner on Thursday and came charging at her. She said she was walking and talking on the phone with her friend at the time. She said she noticed the dog was leashed, but no one was on the other end.

She described that the dog went straight for her legs.

"There was no growling, no barking--nothing," Hunt said.

The attack left Hunt with multiple puncture wounds on both her legs. Bite marks were clear on both her upper right thigh and her lower left thigh. Pictures from Thursday's hospital visit showed her wounds so severe, fatty tissue poked out from her left leg's injuries.

Hunt said the owner watched her dog attack her for a bit and then proceeded to pick up the leash and walk away.

"She didn't say sorry-- nothing," Hunt said with tears in her eyes. "She didn't ask me if I needed help. She just kept walking away."

She said she tried to flag the owner down but lost sight of her because she was also trying to call police at the same time. When she shouted after her, she said the owner of the dog said 'my dog doesn't bite people.'

"I didn't even remember to take a photo of the woman with my cellphone because I was so traumatized," Hunt said. "I didn't even think about it until I was in the ambulance."

Hunt said she was treated at the hospital and still has a few more check-ups to go to before her wounds and stitches can heal. She said she wants justice.

"I feel terrible for the actual dog because in my opinion, it's not the animal's fault," Hunt said. "It's [doesn't have] a proper caregiver."

Hunt described the owner of the dog as a woman in her 40's or 50's. She also said the white dog with brown spots seemed to be around 40 to 50 pounds. The Minneapolis Animal Control Division said it is currently investigating.