A Minneapolis woman says she rented her condo out on Airbnb only to have it trashed.  Now, she says the company isn’t following through on their promise of insurance protection. 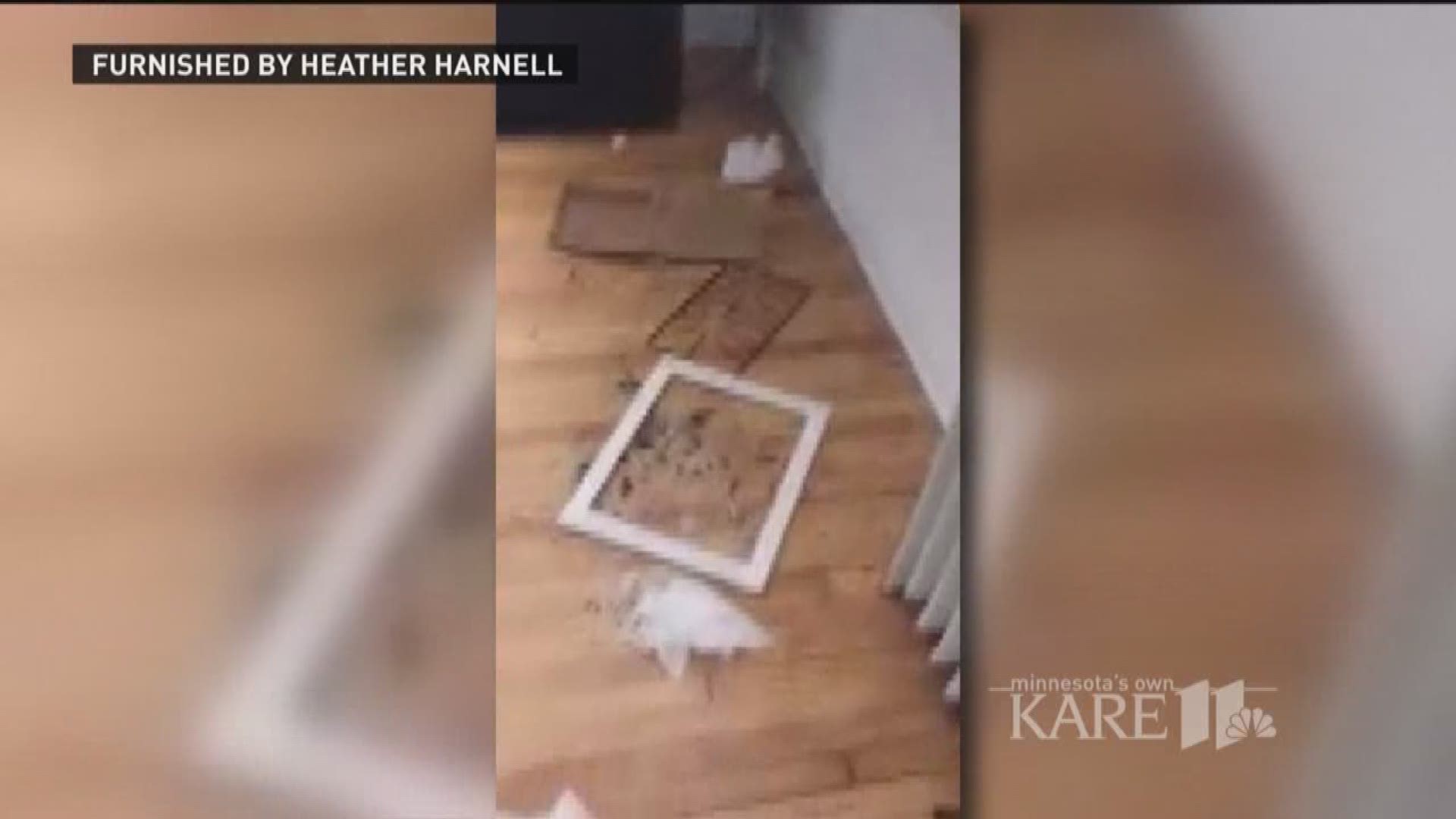 MINNEAPOLIS – A Minneapolis woman says she rented her condo out on Airbnb only to have it trashed. Now, she says the company isn’t following through on their promise of insurance protection.

Heather Harnell put all new furnishings in her old Uptown condo this fall, preparing to use it as an Airbnb rental, hoping to take advantage of high demand around the Ryder Cup.

Her very first guests checked in on Oct. 1. By the next morning, police had been called.

“We were informed by our neighbor that about 60 people were in the unit or around the premises,” Harnell said.

The next morning, her business partner went into the unit to check out the damage. She showed us cell phone video of the destruction.

“I’d compare it to ‘The Hangover’ movie,” she said. “That's what it felt like we walked into. Literally everything was either damaged or stolen in the unit.”

There were burn marks on the couch and bedding. Her TV was gone. Someone had jumped on top of the stove. Garbage was everywhere.

In all, they added up the damage to $14,000. Harnell first tried to get the money back from the people who’d rented the unit. There was no response. So, she contacted Airbnb.

The company boasts a $1 million insurance protection program for people who rent out their units on the site. Harnell figured with documentation that included pictures, video, original receipts and a police report she would have no trouble collecting the damages.

Instead, two months later, she’s received nothing. “It's been silence and lack of response as far as this claim goes,” she said.

Harnell showed KARE 11 the lengthy email chain with the company. She’s been assigned to various departments with different agents handling her claim. Each time, she says it’s like starting from scratch.

Airbnb finally hired an outside adjuster to come look at her apartment Dec. 30, two months after the damage had been cleaned and repaired.

Harnell says she has no confidence she will ever get her $14,000 claim resolved.

KARE 11 reached out to Airbnb. In a statement a spokesperson said:

“the delays they have experienced throughout this process are simply unacceptable. We are working quickly to finalize the insurance process through our $1 Million Host Guarantee so that they can recover their damages as soon as possible. We are also reviewing the causes of the delays on our end so as to ensure that this never happens again.”

He also pointed out that cases of significant property damage are rare, 1 in 41,000 bookings.

Harnell says she has repaired and replaced the damaged items in her condo and has rented it out since. She has had mostly positive experiences but says the customer protection process needs to be streamlined.