Minneapolis woman turns to dancing to recover from assault

It wasn't until Patricia Cumbie started seeing a therapist years after her assault that she began to develop a coping mechanism for what had happened to her. 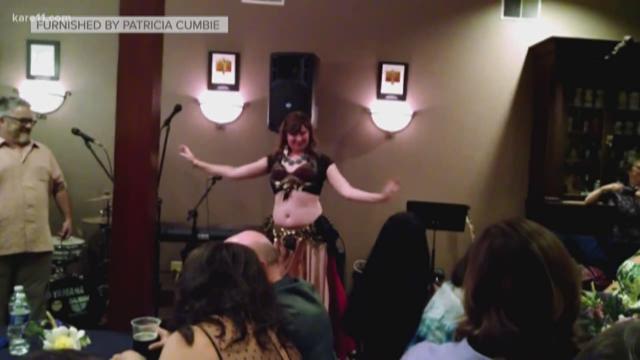 GOLDEN VALLEY, Minn. - Ever since the Hollywood scandal involving Harvey Weinstein came to light, there has been a flood of women coming forward saying they, too, have been victimized.

The sudden attention on the topic of women being violated brings back terrible memories for Patricia Cumbie of Minneapolis. When she was in college, she got drunk at a party and was raped by a man she didn’t know. It wasn’t until Cumbie started seeing a therapist years later that she began to develop a coping mechanism for what had happened to her.

In her memoir, The Shape of a Hundred Hips, she writes about that coping mechanism—belly dancing—and how it has helped her heal.

Patricia’s book officially launches the evening of Thursday, July 19 at Open Book in Minneapolis, and the party is open to the public.