As of Monday evening, the video has nearly 10 million views and more than 250,000 shares! 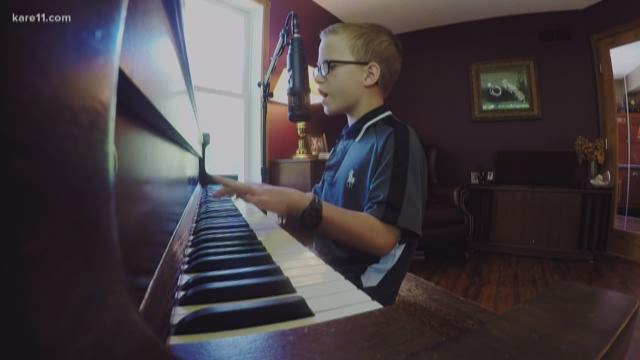 Adam Kornowski, a fourth-grader at Lakeside Elementary in Chisago City, performed John Lennon's "Imagine" at the school talent show a couple weeks ago.

His mother, Michelle, uploaded it to Facebook. As of Monday evening, the video has nearly 10 million views and more than 250,000 shares!

"There wasn’t a parent in the room with a dry eye by the end. He got a standing ovation and the applause lasted forever!" Michelle wrote in the post.

Adam told KARE 11 he's a little surprised by all of this because, in his words, "I am just a fourth-grader playing the piano."

Adam's father, Karl, says Adam has been playing since he was 5.

As for the song selection, Adam says it was simple.

"It's a song about peace and hope. About no conflicts. It has a lot of meaning, especially what we're going through right now," he said.

Michelle has since uploaded Adam's other performances. It's quite clear this 10-year-old has an amazing talent.