Al Jazeera documentary on Islamophobia in the United States features the 2016 attack on five Somali men in Minneapolis, and the 2017 bombing of a Bloomington mosque. 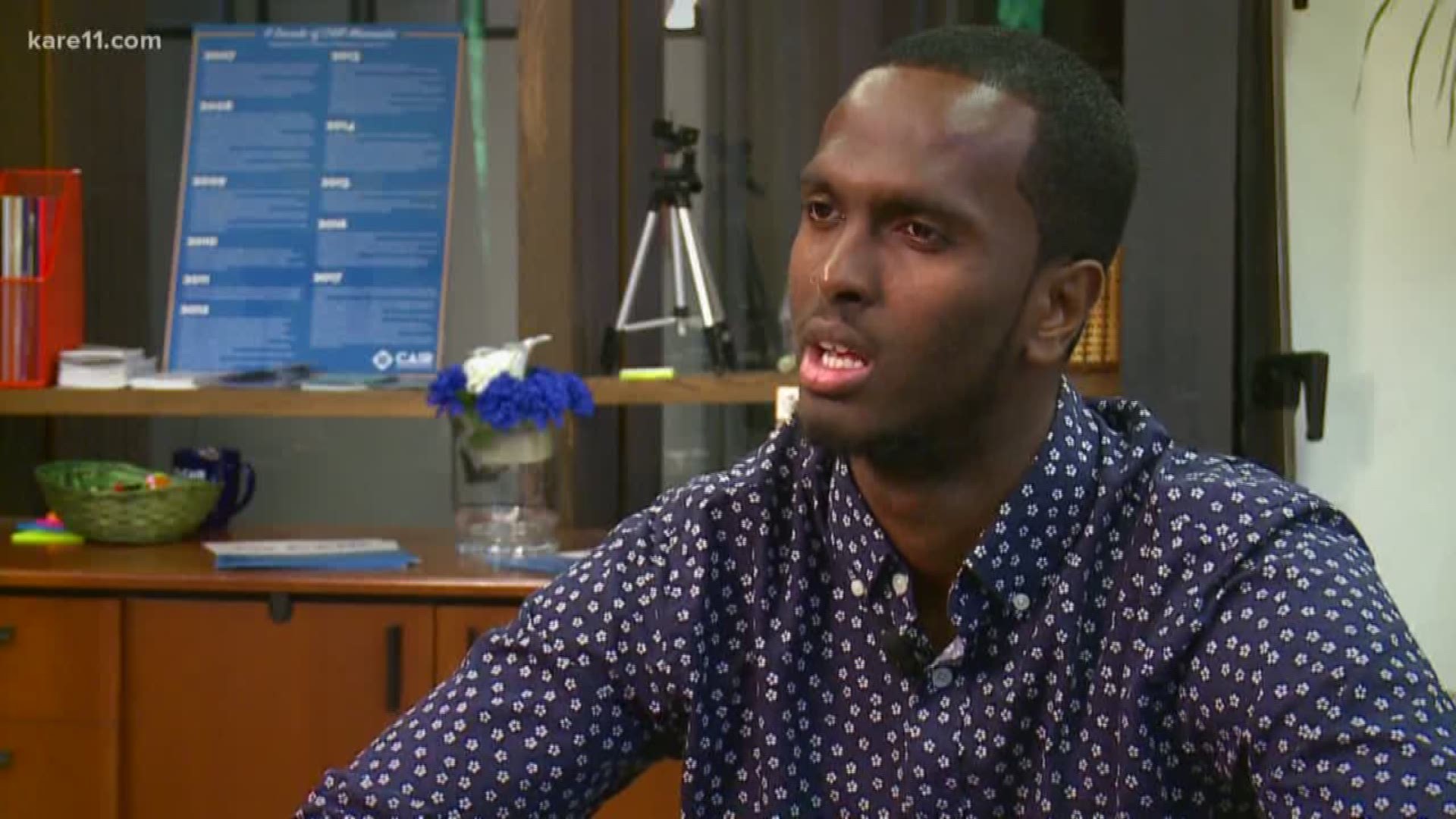 MINNEAPOLIS -- The stories of two Minnesota hate crimes will reach a much wider audience, as part of a documentary by the Al Jazeera network, which is watched via satellite and the Internet across the world.

The investigative report, Islamophobia Inc., explores crimes motivated by anti-Muslim sentiment and organized efforts to exploit hate and fear of Muslims in the United States. Those local cases featured in the report include the 2017 bombing of the Dar Al-Farooq Islamic Center in Bloomington and the 2016 attack on five young Somali men in the Dinkytown area of Minneapolis.

"The Minnesota story of these young men is one of the stories they were interested in," Jaylani Hussein of the Council on American Islamic Relations, or CAIR, explained.

"And while they were here another story developed, of the mosque being bombed, so those two stories became a feature in this documentary."

In the Dinkytown case, the Somali men had been playing basketball near the University of Minnesota's main campus, and decided to go to a mosque for prayers. They were confronted by a group of patrons leaving a bar, and heard someone yell, "F--- Muslims."

Abdirahman Hassan said the group ignored it the first time, and got into his car. He said one member of the group, later identified as Anthony Sawina of Lauderdale, leaned into the car and confronted the group directly.

"I told him, 'Why would you say such a thing?' And he put his head down in the window and says, 'F--- Muslims!' and 'What are you going to do about it'?" Hassan recalled Tuesday, in an interview with KARE.

Investigators say Sawina fired multiple shots from a semi-automatic handgun through the window of Hassan's car as he sped away. Hassan said he heard a bullet whiz past his head, saw a bullet hole in the windshield, and then heard his remaining two passengers say they'd been struck and were bleeding.

Abdullahi Aden and Hussein Gelle both suffered bullet wounds to their legs, so Hassan drove them straight to University of Minnesota Medical Center nearby, still worried that the shooter may have followed them.

Sawina was eventually tried and convicted of nine criminal counts and sentenced to 39 years in prison, something the documentary also covers. Sawina's attorneys have filed an appeal, which is still pending.

"A lot of people are not aware that, first of all, this is actually happening in the United States of America," Hussein told KARE.

"In fact, it’s not just happening to average people, it’s organizations that are mobilizing people to produce this hate, these acts of violence. Why did three men from Illinois drive so far, and pass so many mosques, to come and bomb a mosque in Bloomington?"