After nearly two decades of hard work, Kor Mulder thought the U.S. would look favorably on him. He was wrong. 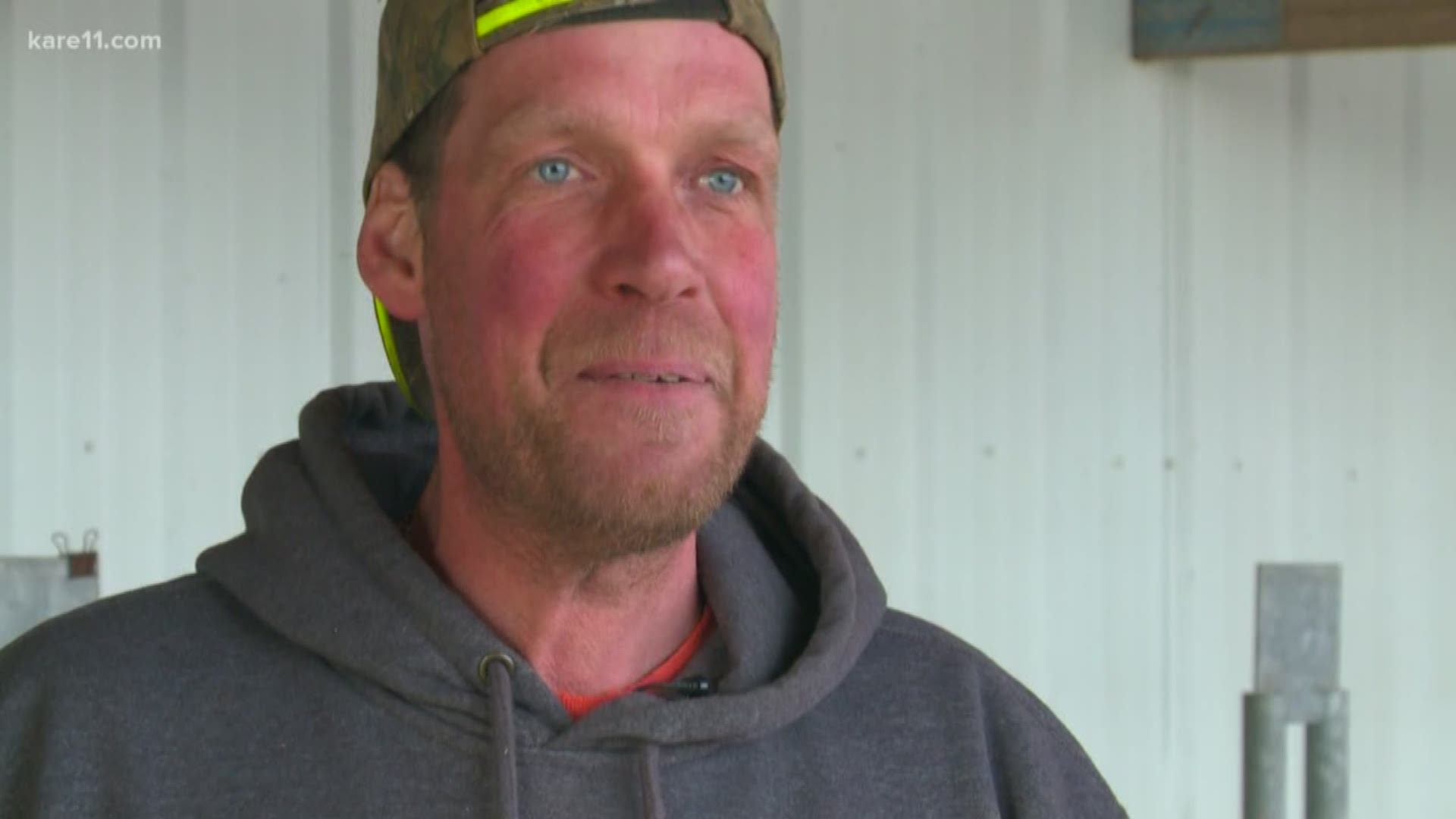 BELLINGHAM, Minn. — Spring should be a time of promise, but the Mulder Dairy is clouded by doom.

“Pretty depressing topic to talk about so I don't really bring it up a whole lot,” Kelsey Mulder said as he milked his father’s herd of 170 Holstein cows.

Mulder is counting the days until the United States of America – the only country he's ever known - forces him to leave.

Eighteen years ago, Kor Mulder and his former wife brought their two sons - ages two and three - from their native Holland to the open spaces of western Minnesota to start a dairy farm.

Back home, land was scarce - while regulations were many.  With an E-2 Visa in hand, Mulder saw in the U.S. freedom and opportunity.

He hoped that if he paid his taxes and invested in his community, a nation built by immigrants would one day open its arms to his family and grant permanent status.

“Boys go to school, I don’t live on welfare, then you would think you could eventually make it work to permanent residency. That’s logical thinking,” Kor Mulder said.

But Mulder’s hopes have repeatedly been thwarted by rigid immigration rules.

Now Kelsey - weeks from his 21st birthday – must, according to those same rules, return to Holland.

In June he’ll go back to a language he doesn't speak and a country he barely knows.

“I prefer the gravel roads of western Minnesota, that's for sure,” Kelsey Mulder said.

And Kelsey will not be the first Mulder to go.

Garion, Kelsey's older brother, was forced off the farm and back to Holland last year.

With both his boys in Europe – and unable to run the dairy alone – Kor Mulder sees only one course: liquidating his farm and returning to Holland too.

He wonders how new immigrants from other nations can seemingly swiftly find a path to citizenship, while he’s toiled on his farm for nearly two decades, done everything asked of him by the U.S. government, yet still feels treated like an outsider.

After tens-of-thousands of dollars spent over the years on immigration attorneys and applications, Mulder and his sons have found no workable path to permanent status in the United States.

“The other day I heard President Trump say we like people to come to America, invest in our country. Here I am,” Mulder said.

The Mulders’ neighbors feel helpless too.  As word got around that a reporter from the Twin Cities would be stopping by, more than a dozen of them pulled into the Mulders’ farmyard

“They're always there to help if you need a hand,” Joe Abramowski said.

“This is people who have come and earned their place here as far as I'm concerned,” Chris Anderson added.

Jim Barthel stood with his wife Carrie, each wearing matching black jackets with the logo of seed corn company.

“I've been farming alongside Kor for almost 20 years and I couldn't get a better neighbor, he's the best there is.” Jim Barthel said raising his voice. “We like him, we want him here.”

A change.org petition started by a Mulder family friend has collected more than 2500 signatures.

A local newspaper editor wrote an editorial supporting the Mulders, while residents of Lac qui Parle county have written letters to their state and federal elected representatives – all to no avail.

“They all do understand, they all sympathize - it's not right,” Kor Mulder said of the politicians with whom he’s pleaded for help. “Do something about it!,” he added in frustration. “I can’t”

Recently, Kor Mulder started packing up his home in anticipation of his move back to Holland. Selling his herd will be harder. He can’t yet bear to do it.

As the days continue to tick off the calendar, the life Kor Mulder has built unravels in an immigration system pulling his farm and family apart.