Minnesota firefighters sent to California to help with ongoing wildfires

More than 70 Minnesota firefighters are currently battling wildfires out west. 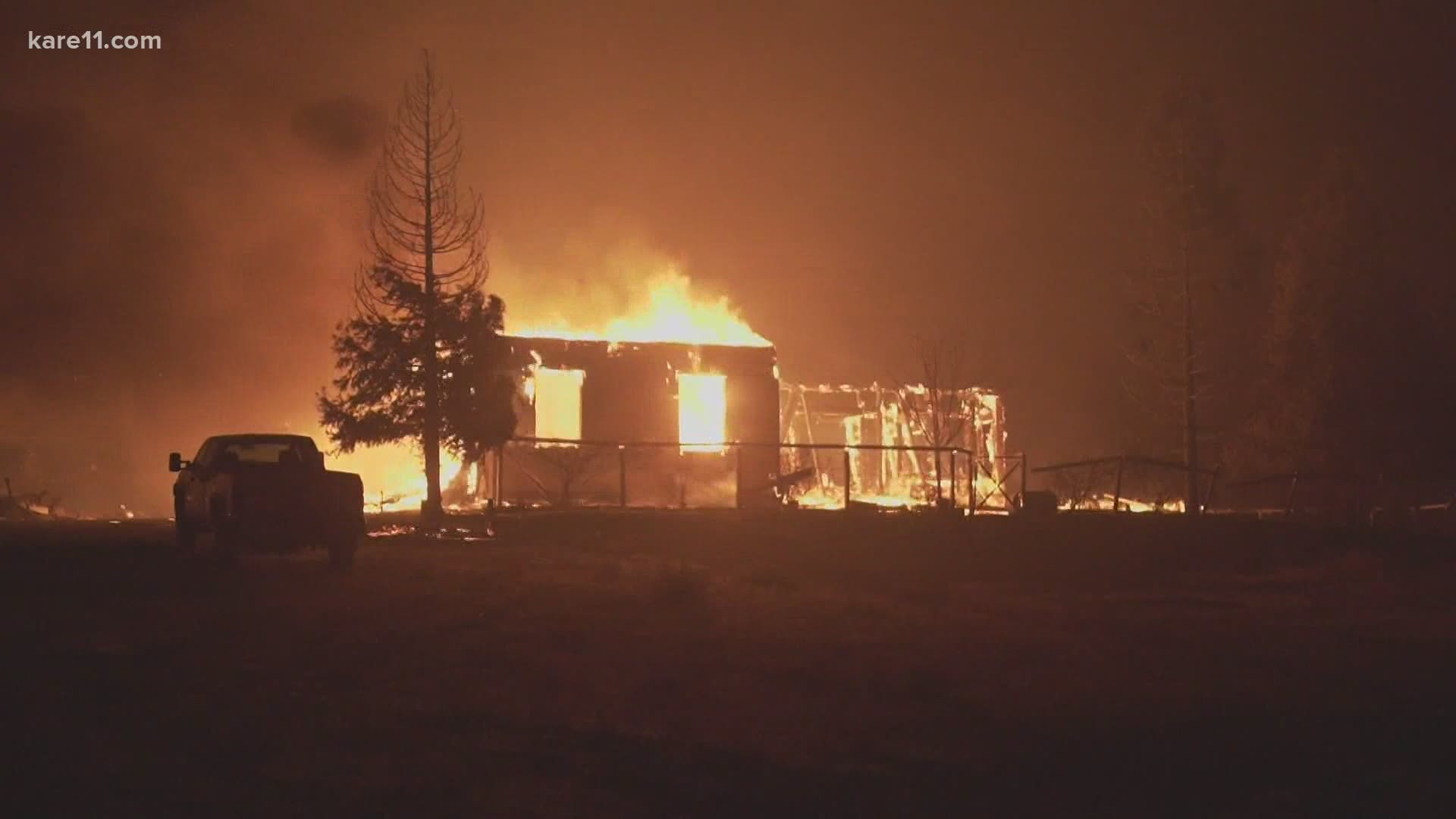 MINNESOTA, USA — A devastating year for wildfires out west has already burned more than 2.5 million acres, according to the National Interagency Fire Center.

To give you an idea of how big that is, it's the size of seven Hennepin Counties.

Imagine a stretch of land that goes from Bloomington up to Rogers, seven times.

Wildfires have broken out in 13 states out west so far.

Northern California is seeing the worst of it right now.

State officials say more than 14,000 firefighters are now on the front lines in California, including a small group from Minnesota.

Those 70 firefighters came from a variety of state and federal agencies, including the Minnesota DNR, the U.S. Forest Service, the Bureau of Indian Affairs and the National Park Service.

Lundgren says their duties range from fighting fires on the front lines to leading the evacuation efforts in affected cities and towns.

Besides the 70 firefighters that are currently out west, Lundgren says between 40 and 50 others are already back home in Minnesota after previous deployments earlier this summer.

“They are mobilized for 14 days, plus a few travel days,” Lundgren says. “It’s a big commitment of time to first get the training that’s required to do this and then to spend two weeks away from home.”

Minnesota has a long history of sending firefighters out west.

Lundgren says it's a perfect fit, because the California fire season usually happens when the risk of wildfires is much lower here in Minnesota.

"We always look at conditions here as well to make sure we have the right resources here in case our situation may change."

It all depends on how dry it gets here at home.

"I think Minnesota does have a very good reputation out there and that when we send resources folks are happy to see us show up."

Fire officials in California say the weather on Tuesday is helping them fight these fires.

They say the wind has died down and the temps are lower than they were a few days ago.

But they warn that temperatures are expected to be in the low 100’s later this week, which will likely make the situation even more difficult in the coming days.