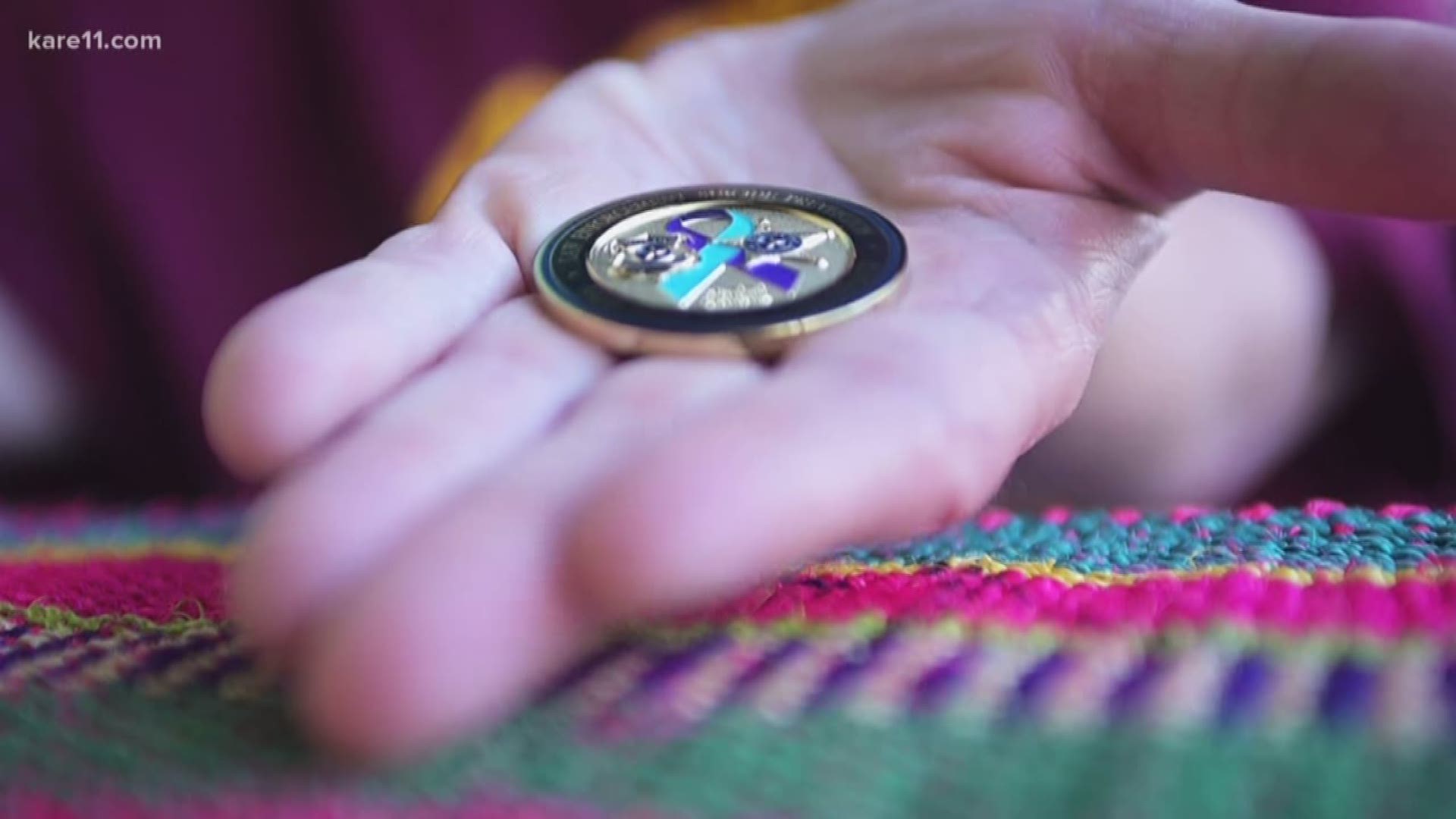 The health of first responders is in the spotlight after three new York city police officers killed themselves in less than 10 days.

And this issue is hitting home for one Minnesota mom.

Carol Castle talked to her son the night before. The two were planning to meet for lunch the next day. But her son, Maury Roemhild, never showed.

Castle, who lives in Coon Rapids, said her son was 31 when he committed suicide. He was a firefighter with the Maple Grove Fire Department.

Suicide has been increasing in the U.S.

This week, a 29-year-old New York police officer shot and killed himself Friday afternoon. He was the third member of the department to kill himself in 10 days.

Castle, who runs Wrestling for Life, said she designed a lifeline that will fit in someone’s pocket.

“These public servants put their lives on the line every day for us. We need to do something to help stop this escalating suicide epidemic,” she said. “We have created a Life Coin with a phone number to call when help is needed. This heavyweight coin should be in every pocket of every police officer, firefighter, EMS and corrections officer as a reminder that help is always nearby.”

The coins display a phone number to Safe Call, a suicide hotline for members of law enforcement. To order coins visit the Minnesota Wrestling Hall of Fame website.