You'd never think it, but a team of Minnesota hackers is among the best in the business. 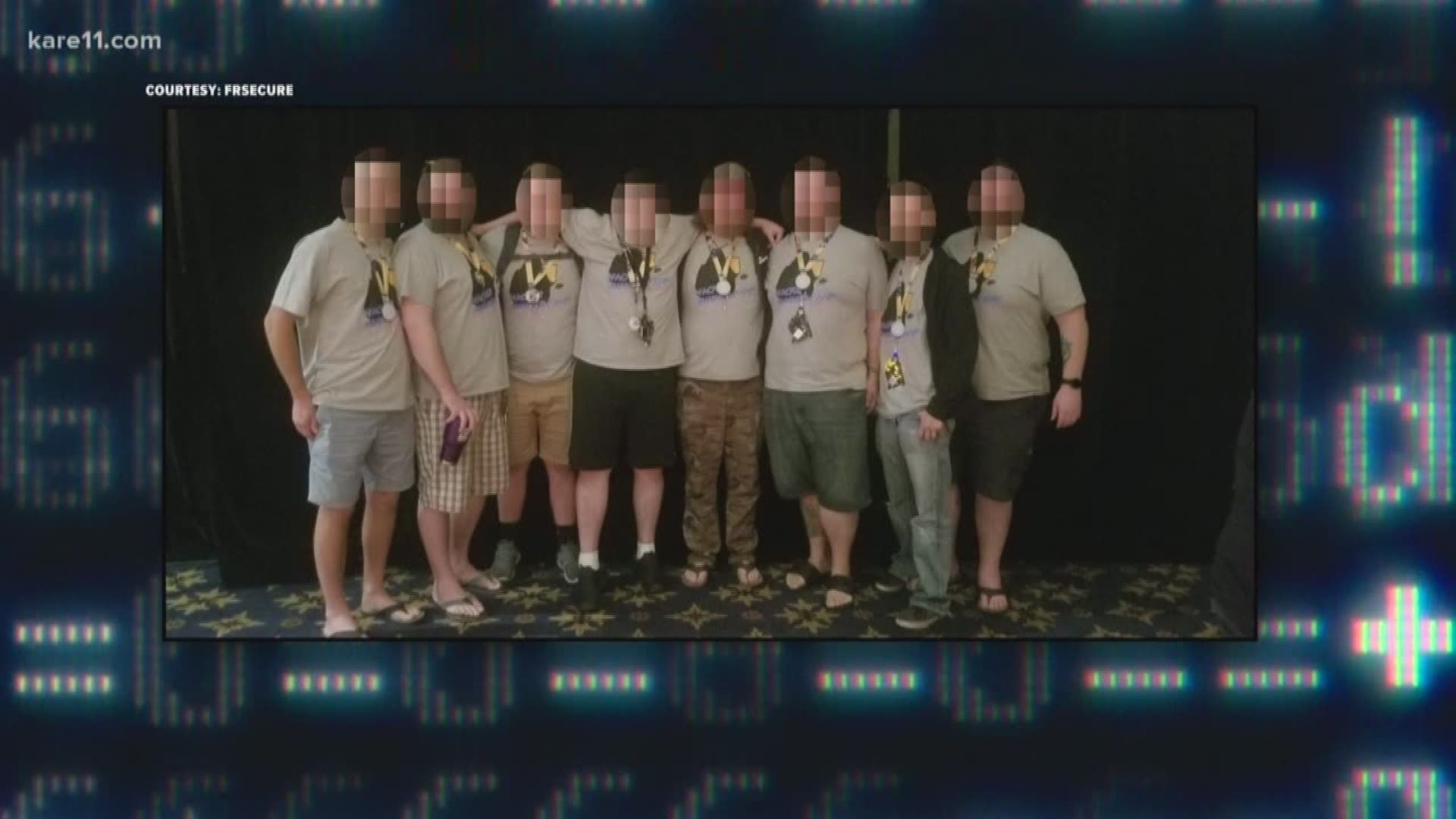 DefCon, now in its 27th year, brings together thousands of hackers to compete and highlight changing trends in the industry.

And among the industry’s best is a team of eight hackers from Minnesota.

"Most hackers are inherently good. They want to help," Ben says.

Ben is one of the “good guys.”

He and his seven teammates are full-time hacker for FRSecure, a cybersecurity and information security company in Minnetonka.

Ben’s job is to hack companies and break into their systems.

Believe it or not, the companies actually hire him to do this, so they can see where they’re vulnerable to attacks.

"If you break it, you can make it stronger," Ben says.

In an industry that’s as secretive as hacking, it’s hard to know who’s the best.

One of the best ways to “crown the king” of hacking is with DefCon’s annual competition.

The Warlock Games is a nonstop, 24-hour a day, 3-day competition.

“We work in shifts. Everybody takes a nap here and there to keep going,” Ben says.

Every year hundreds of teams from around the world compete in the Warlock Games and this year Ben’s team finished 2nd.

“It was right down to the wire. We were in first most of weekend until around 4:30 in the morning that last day,” Ben says.

Last year they also finished in 2nd place, and the year before that they finished 3rd.

Besides the games, the conference is the to go-place to learn the latest trends in cybersecurity.

"Voting of course was a huge topic."

In the Voting Machine Hacking Village, one of many interactive exhibits at DefCon this year, hackers could try and break into voting machines.

Ben says one of the conference speakers was a 12-year-old girl who already knew how.

"A 12-year-old who can't even vote can hack the voting system. That was eye-opening and surprising."

The conference also set up a mock hospital room in the “Biohacking Village” so hackers could try and break into a variety of medical devices.

It may sound strange that a conference would encourage this sort of behavior, but Ben says it’s all about making companies and products more secure.

“Once you find a vulnerability you can fix it,” Ben says.

Other highlights from this year’s DefCon include Tesla challenging hackers to try and break into their car.

The company offered a free car to anyone who could hack it.

Ben says to his knowledge no one was able to do it.

Another interesting highlight was the discovery of a new USB charging cord hackers can use to hack smartphones.

Besides “good” hackers, Ben says the conference also draws plenty of FBI agents who want to keep up with industry trends.

It’s ironic, when you consider the very people Ben and his colleagues are working to stop, may actually be sitting next to them learning the same new techniques they are.

And DEFCON isn't the only hacking convention out there.

There's even one here in the Twin Cities.

The Security B-Sides conference is next month in Minneapolis.