You can't watch the games in person, but here's how you can stay connected with the Twins this post season. 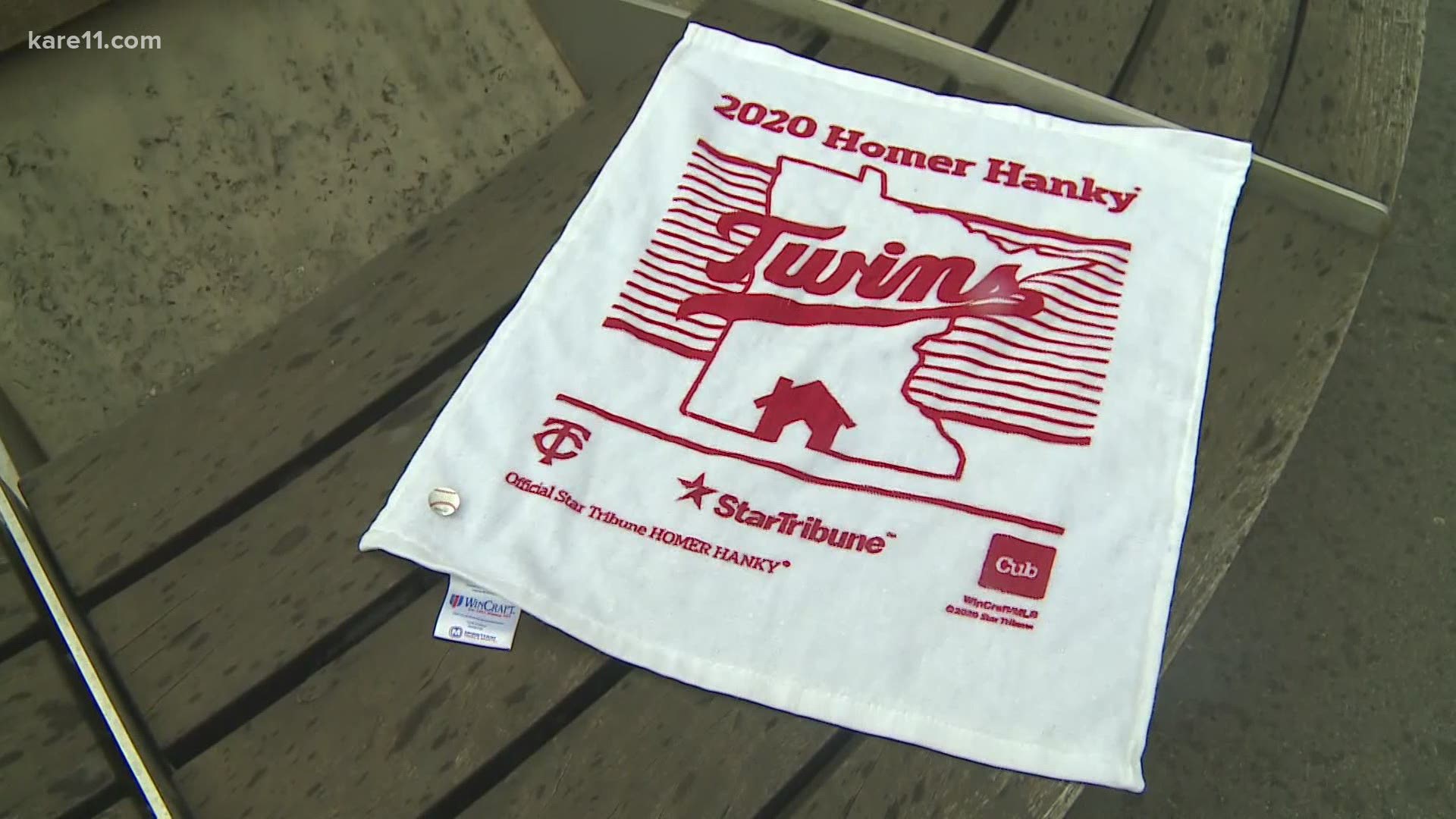 MINNEAPOLIS — While you can't watch the games in person this year, there are still ways to stay connected to the Twins' playoff push.

On Monday afternoon, the team just received a shipment of the 20,000 Homer Hankies.

Fans will be able to purchase the hankies at the team store at Target Field starting Tuesday morning at 10 a.m. There’s a limit of 20 per person.

Fans can also purchase the Homer Hankies at select Cub Foods locations and also through the Star Tribune’s website.

This year’s design features a small home in the middle of the hanky that symbolizes the Twins having home field advantage, and the unique way fans had to watch the games this season.

“Fans watched at home this season, so we worked in a home right there in the middle of our beloved state,” Twins spokesman Matt Hodson said.

"We wanted to make sure in this unique year, fans still had the ability to have this physical, tangible piece of Twins playoff baseball."

Speaking of home, if you want to watch the games on TV, Game 1 against the Houston Astros starts Tuesday at 1 p.m. on ABC.

Game 2 is on Wednesday at noon and will on ESPN2.

“And if they need to play a Game 3 it will be on Thursday,” Hodson said.

“The time and the network for Game 3 haven’t been decided yet,” Hodson said. “The league wants to wait to see what teams need to play a game three before they make that decision.”

Game three will either be on ABC, ESPN or ESPN2.

Hodson says only family members of the players and a few Twins employees will be allowed in the stadium during the games, but if the team makes it to the next round:

"There's a possibility of bringing in a limited number of fans in a safe manner here to Target field to have watch parties here at the ball park,” Hodson says.

Less than 1,500 fans will be allowed into the stadium to watch the games on the big screen while the team plays the next round at a neutral site.

“The next round, if we’re lucky enough to make it there, will be played at Dodger Stadium against either the White Sox or the Athletics,” Hodson said.

You can also catch the Twins on social media., where the team will be posting pictures and videos on Facebook, Twitter and Snapchat to keep fans connected to the game.