Flu season ramping up with 167 new school outbreaks in Minnesota

The latest flu numbers from the Minnesota Department of Health show kids are being hit especially hard this year. 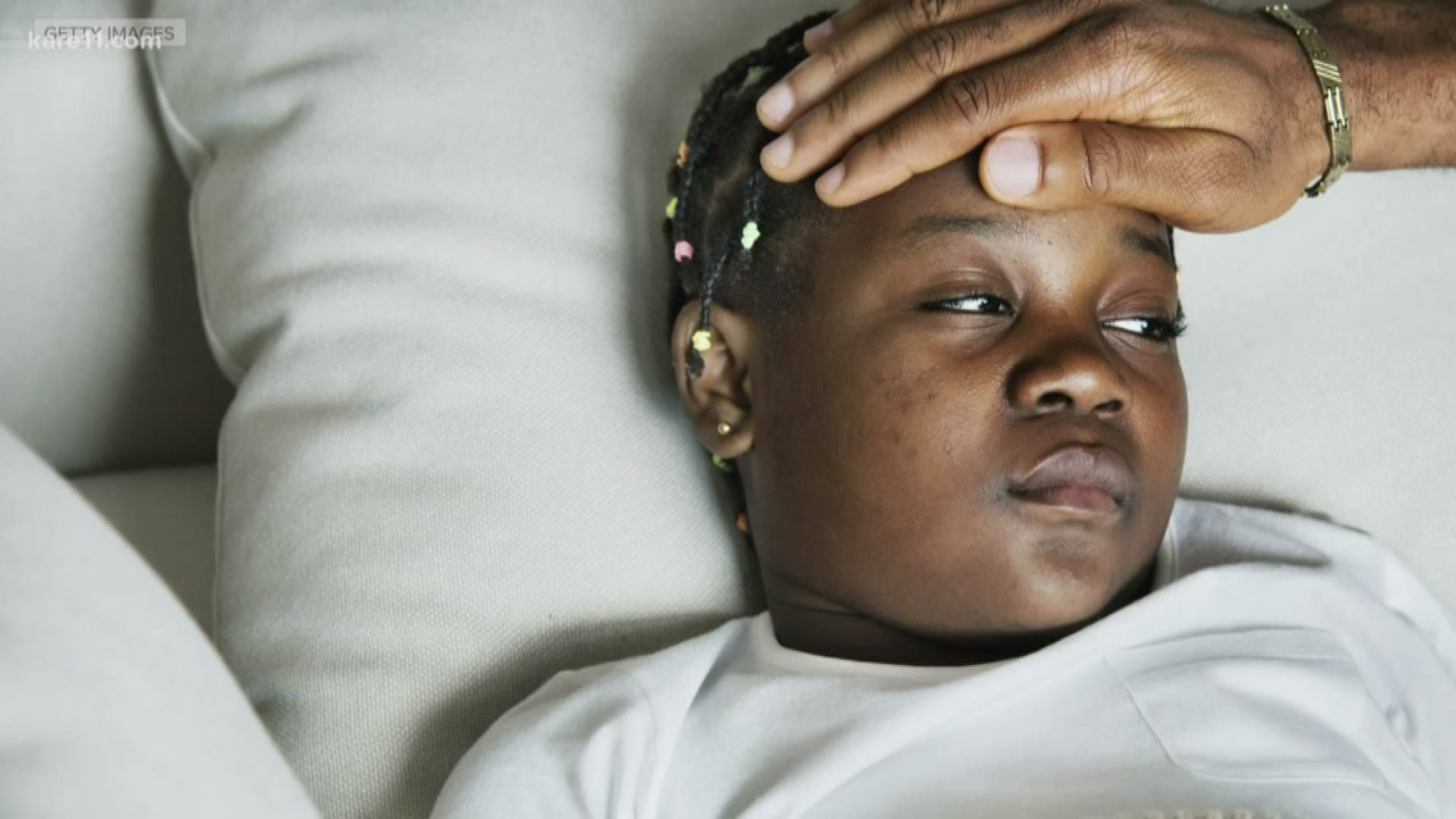 MINNESOTA, USA — We're digging deeper into the latest flu numbers released by the Minnesota Department of Health (MDH) this week.

The number of people hospitalized so far this season is 351.

And it matters where you live.

Nearly 72% of the cases are in the metro.

And while there have been no deaths involving children in our state, doctors say the flu is hitting kids especially hard this year.

This past week alone there were 167 outbreaks in schools statewide, according MDH.

It's the most we've seen in five years.

MDH says the reason behind this increase in children may be connected to the dominant flu strain this year.

This year the "B" strain has been especially active in Minnesota.

MDH says the "B" strain is typically weaker and less severe than the "A" strain, but it also tends to affect more children.

We had a similar flu season back in 2014, with a similar amount of outbreaks in schools.

State health officials say that year the number of outbreaks went down dramatically when kids went back to school after the holiday break.

"I absolutely hope that this two-week break for kids off of school will be forgiving in taking down the numbers," M Health Fairview pediatrician Dr. Allison Golknik says.

Parents can help slow down the spread by keeping their sick kids at home.

In most cases, Golnik says parent don't need to bring their kids to the clinic.

“We’re most concerned about ongoing respiratory distress, so breathing problems, and then dehydration. So, your child not being able to take in any fluids,” Golnik says.

RELATED: How to protect your family from the flu virus this holiday season

And if you're worried about sending those kids back to school in a few days, Golnik recommends common sense medicine.

"Wash hands, eat healthy foods and get as much sleep as possible."

If you're wondering how long a flu virus can survive, it's about two hours on your skin.

It's much longer on a hard surface.

If you touch something 24 to 48 hours after someone who has the flu did you have a chance of catching it.