Minnesotan with ‘Man on Fire’ disease prays for Christmas miracle

A possible cure for "Man on Fire" disease gives a Minnesota man hope. 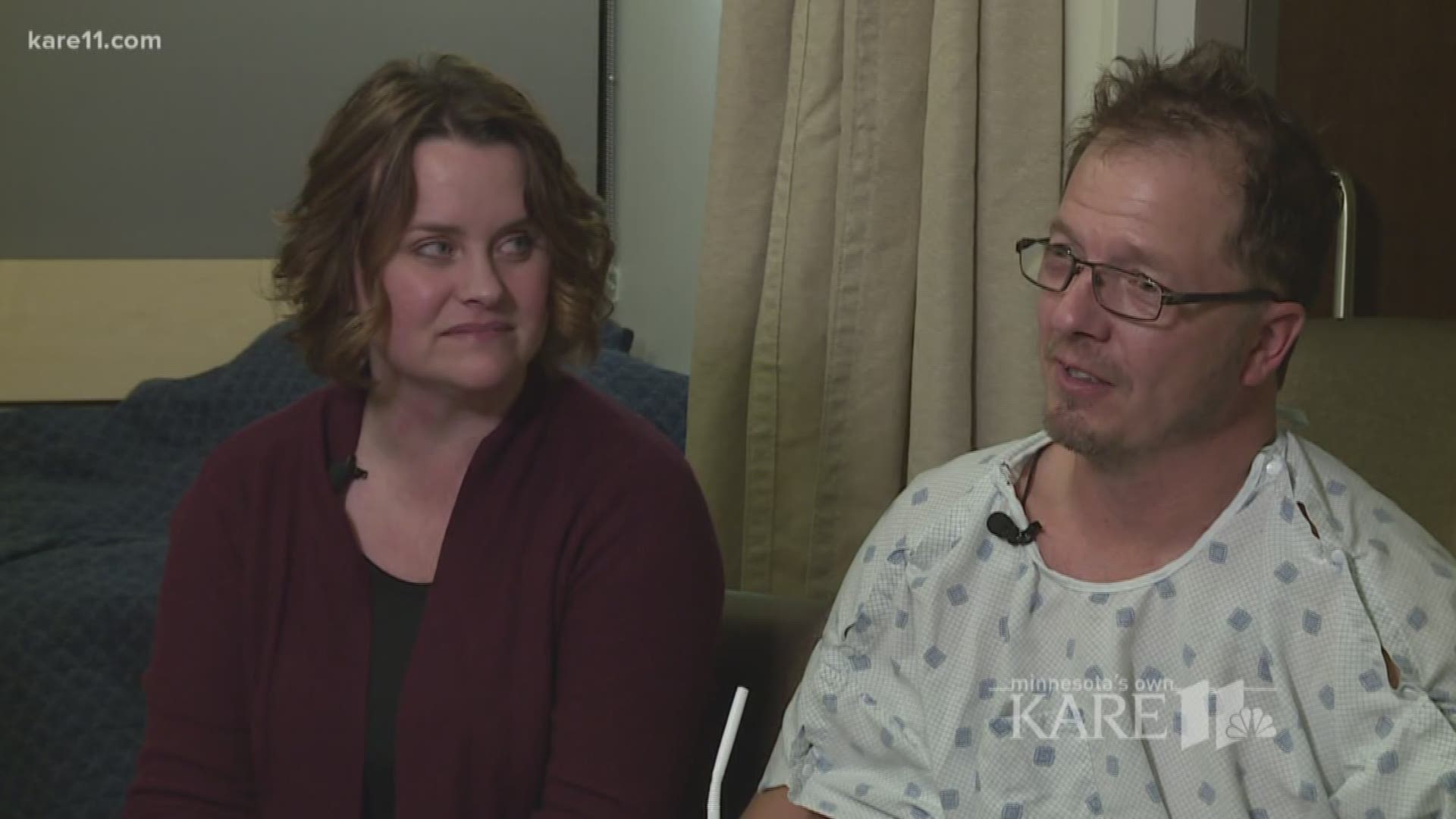 SAINT CLOUD, Minn. - No one wants to be in the intensive care unit at Christmas. No one, perhaps, but Amy and Denny Junes.

They've been waiting for years for a cure for Denny's chronic pain and, now, they might just have one.

Their dream is in an IV bag slow dripping lidocaine, a numbing agent, non-stop into Denny's body, for seven straight days.

It's a radical treatment for a life-altering condition, known, casually, as “Man on Fire” disease.

“It causes you to basically be on fire internally,” says Denny.

“He's burned his hand on a pan and not realized it's hot because he's already burning. It feels like you're on fire,” Amy explains.

Denny fights back tears as he says, “The suicide rate for living with chronic pain is really bad.” He understands why some people would rather end their lives rather than continue to live with such pain.

And when the Junes' son Eric - a high school cross country runner - was sidelined with the same condition, his mom, a St. Cloud Hospital nurse, took action.

“I was told if they had it there's not much that could be done, so I didn't really like that answer, so I started searching,” Amy says.

Searching data bases, Amy found a medical journal article about a boy cured of his “Man on Fire” disease by lidocaine infusions.

Last December, she convinced a pediatrics doctor at St. Cloud Hospital to try it on her son. It worked.

“I went like two, three, years, just constant chronic pain, and then I woke up, it was gone. It was so crazy,” says Ryan, now 18-years-old and running again.

This December another St. Cloud Hospital doctor, Todd Severnak, was convinced by Ryan's results, to try lidocaine infusions on his dad.

“The thought is, this blocks the pain enough, either in the brain or in the nerves, where the pain receptors can reset,” Dr. Severnak explains.

There are risks, mainly to Denny's heart, which is why he's being closely monitored in intensive care.

“This was so far out of the normal treatment I wanted to take every precaution,” Dr. Severnak says.

Two days into the seven-day treatment, there is reason for optimism.

“The pain's already out of his hands and face and it's moving down his legs, so I'm very hopeful it's already starting to work,” Any says.

Last December Ryan got his gift.

This year, he hopes, it's his dad's turn.