Minnesotans back on the road to Canada in search of #Insulin4All

"One in four Americans with Type 1 diabetes are rationing their insulin because they can't afford it," says Nystrom, who lives with the disease. 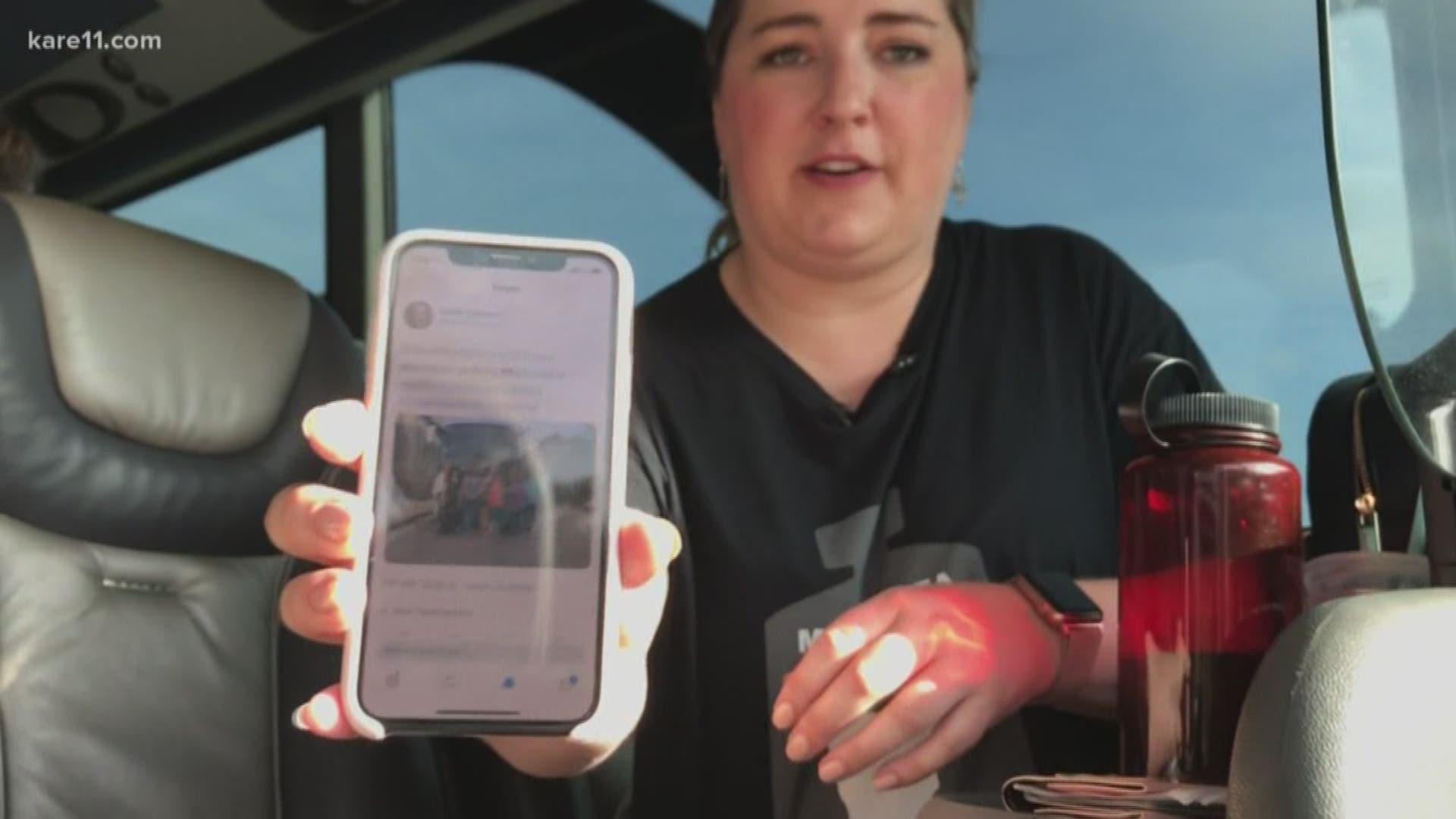 MINNEAPOLIS — For the second time in less than two months, a group of Minnesotans impacted by Type One Diabetes are spearheading a trip to Canada in search of affordable insulin.

This time their mission is to bring change back home.

"I think we're still calling it Caravan to Canada 2.0," said Nicole Smith-Holt with a laugh.

Smith-Holt is part of an effort called Minnesota #Insulin4All, which left Minneapolis in a chartered bus on Friday morning, in order to buy affordable insulin in Canada.

In early May, KARE11 followed Smith-Holt and five other Minnesotans as they drove to Fort Francis, Manitoba, to buy insulin for prices that were roughly one-tenth the cost of the US retail price.

"It is not a long term solution for us to think that Canada is the solution," said Quinn Nystrom, who lives with Type 1 diabetes and was on the first trip. "Our government needs to act now, on the state and the federal level."

In the meantime, Nystrom and Smith-Holt are hoping to put pressure on elected leaders by showing them the lengths people need to go to afford life-saving medication.

"One in four Americans (with Type 1 diabetes) are rationing their insulin because they can't afford it," Nystrom said.

That's a statistic Smith-Holt never needs to be reminded of. It's how she lost her son.

"Yesterday was the anniversary of Alec's death, so it was kind of an emotional day for us," she said.

Smith-Holt says Alec died from Diabetic Ketoacidosis, after trying to ration his insulin. He was just 26 years old and had recently lost his healthcare coverage.

"People that have Type I diabetes, every single day that they're going to CVS and paying ten times more than what every other country is paying, are putting their life in jeopardy," Smith-Holt said.

That message, along with the story of their first trip to Canada, attracted national and international media attention in recent weeks. It also galvanized support for an even bigger trip.

"Nobody is having to pay one dollar to be on this bus, and that's incredible because even last time we had to pay gas money," Nystrom said.

That's a big deal for Deb Souther, and others who are making the trip. She says she's been hit by two deductibles this year because she had to transfer to her husbands healthcare plan.

In the past, Souther says she's tried saving money by turning to an older form of insulin that you can buy at Walmart for less than $25. She says it wasn't something she could continue because it was too difficult for her to safely regulate.

"It will keep you alive, but that's about it," Souther said. "It won't keep you healthy."

Nystrom says that compromise between cost and safety, is something Dr. Frederick Banting, the Canadian who helped discover insulin, wouldn't have wanted.

"Dr. Banting sold his insulin patent for one dollar and he said, this insulin does not belong to me, it belongs to the world," Nystrom said. "Look at where it's come now in America, where people are literally dying because they could not afford it."

And as long as people are paying the ultimate price, Nystrom says they'll continue to drive for change.

The #Insulin4All group plans to visit several pharmacies in London, Ontario, to buy insulin on Saturday morning. They will then join together at the historic Banting House for a news conference with several US and Canadian media, in hopes of pushing for changes to emergency insulin access and pricing in the United States.