"Speak up even if your voice quivers. Racial harassment is part of those things that are intolerable. You’ve got to contest the ugly idea. You can’t let it sit." 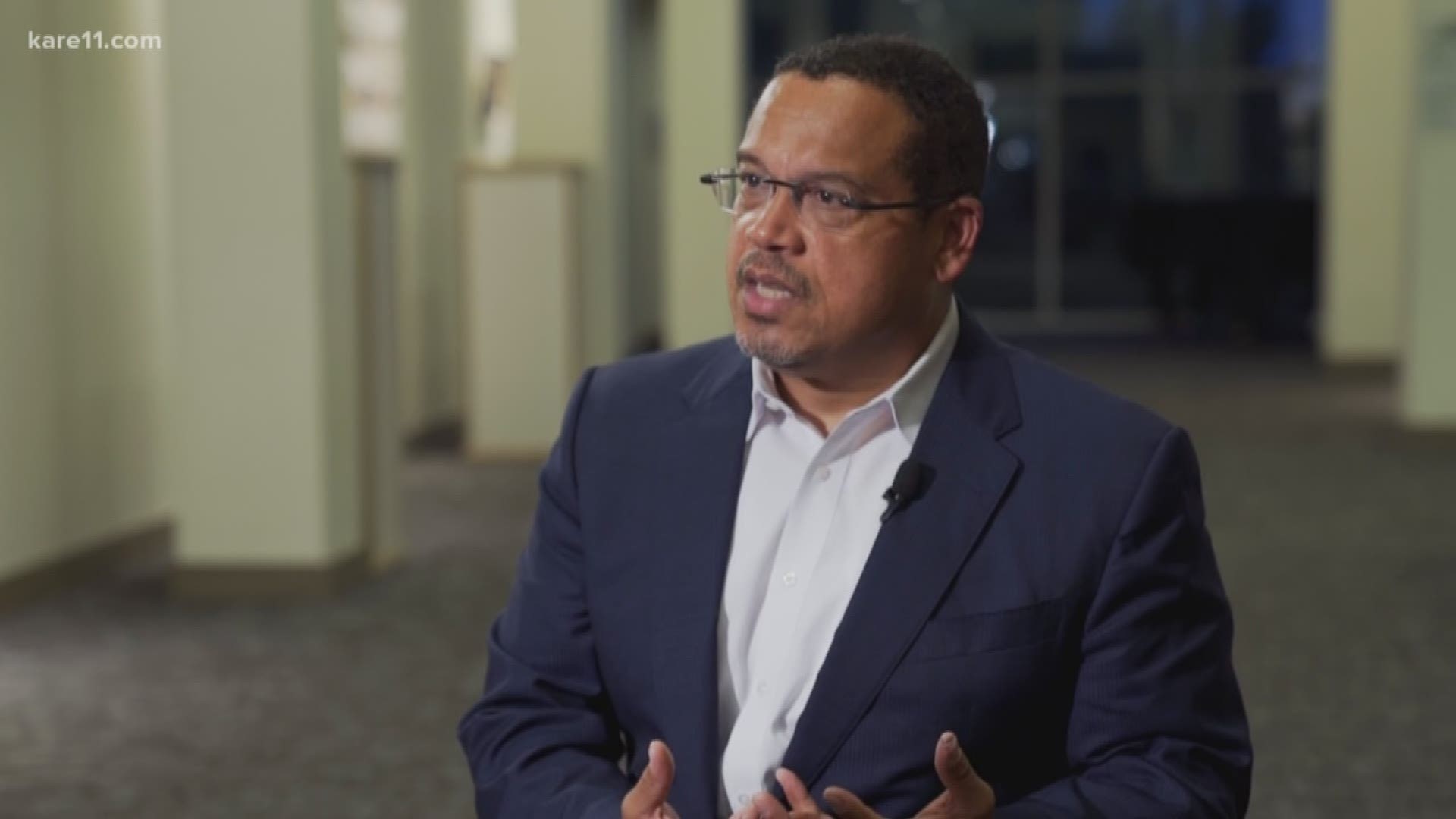 CHASKA, Minn. — School is supposed to be a safe space.

But, after several incidents of racism, parents and some city council members in the Eastern Carver district say something has to change. Tuesday night they had the ear of Minnesota's top attorney, Keith Ellison, who listened in after reading about racism in Eastern Carver County Schools.

“My main goal is to hear your stories and get to know you,” Ellison began. “I have read about things I find deeply disturbing.  This one may be the most concerning: Students create a racist Google map with 25 black students reading Negro Hill”'

Over the last year, KARE TV has covered the blatant incidents of racism.

In December, someone wrote the N word on a black student’s gym shirt.

Other students wore black face during a football game.

Then, a photo of a student in blackface somehow made it into the yearbook.

David Fuller - who adopted two black children - says his son was attacked and pictured in the Negro Hill photo.

“The Negro Hill incident was when we had already moved him from Chaska high school because he no longer felt safe there,” Fuller said fighting tears.

And safety is what Fuller and other parents, most of whom are members of a group called Residents Organizing Against Racism or ROAR,  told Ellison is their biggest concern.

“There's a group of white people in this community that refuse to acknowledge this is a systemic problem,” one  woman who is married to a retired Chaska school teacher said. “What if anything should we do about this rude behavior and people that are so outspoken at our school board meetings?”

Ellison said he has created a task force on hate or "bias-motivated" crimes. Tuesday, he told Chaska residents to send him letters expressing their concerns. He also encouraged them to file complaints with law enforcement if racially-motivated crimes take place.

“A letter is as powerful as if you drop something on my lap I can’t ignore. Letters provide a record of concerns which are impossible for any politician to ignore. If they write a letter and detail the problem and what they believe might be solutions and who the parties are involved, that allows me to turn that over and could lead to investigative action which could lead to a better outcome,” Ellison said. “The Student wrote the N word on a black students' shirt, that is an expulsion thing. I don't think that student should be at that school -- not that the kid doesn't have a right to redemption but if you leave him in that school environment that is terrorism for the kid who was there.”

Jenna Cruz, one of the ROAR organizers, said the district has made some positive gains. For example, the district leaders will provide equity updates at school board meetings and provide providing voluntary implicit bias training. Cruz said The district has pledged to recruit teachers of color, but recently missed an opportunity.

Tuesday’s listening session is one of abut 20 Ellison has had since taking office.

He admits, change will not happen immediately, and this type of work is tough.

“Speak up even if your voice quivers,” he said. “Racial harassment is part of those things that are intolerable. “You’ve got to contest the ugly idea. You can’t let it sit.”