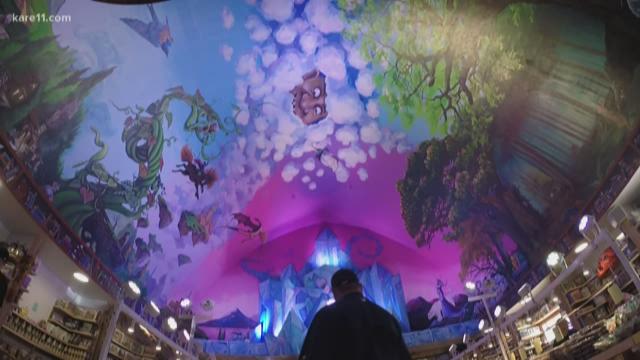 The football-field-long, marigold yellow, collection of buildings that is Minnesota’s Largest Candy Store is open for business again, with a new spectacle.

Seven artists spent 1300 hours painting a fairytale-themed mural inside the loft ceiling of one of the candy’s store’s existing barns.

Twin Cities artist Shawn McCann took the lead. “You think of places like Disney and Vegas and places that invest in themselves and will create a space that is welcoming, rather than just a completely empty space with product,” McCann said of the work.

For candy store owner Robert Wagner, it’s just the latest in a series of additions and improvements that have built his business into a tourist attraction.

Work is also underway on a 3D interactive mural and a 22-feet-long outdoor wall-mounted jigsaw puzzle, Wagner said will be the largest in the world.

“We want an experience for the customer beyond just product,” Wagner said.

The candy store owner will turn 60 soon, but said he has no plans to retire. In fact, customers can expect continued investments.

“Instead of taking those funds and buying a lake home I’d rather put it into the business, because this is really what I enjoy doing,” Wagner said. 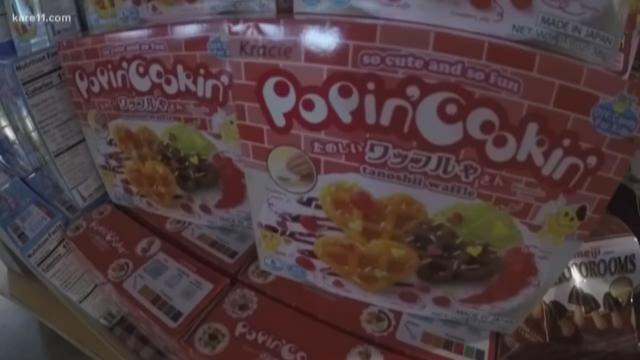 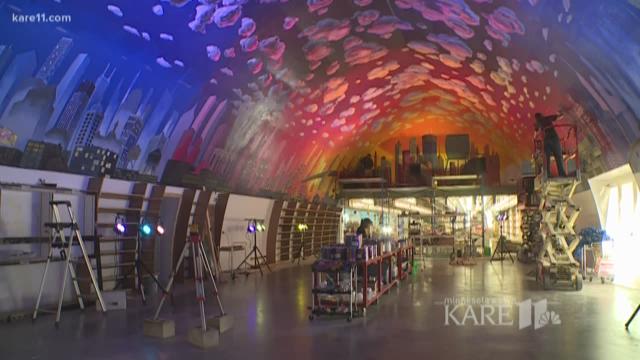