On Tuesday, the U.S. Department of Homeland Security announced it extended the deadline for states to comply with the REAL ID standards. 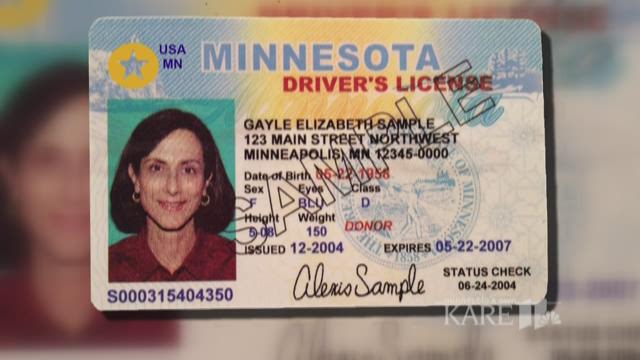 ST. PAUL, Minn. - Minnesota is getting more time to comply with REAL ID.

On Tuesday, the U.S. Department of Homeland Security announced a grace period for states to comply with the REAL ID standards.

Minnesotans can continue to use their driver's licenses for federal purposes such as boarding airplanes and accessing federal facilities now until Jan. 22, 2018.

"The bottom line is you can use your current Minnesota driver's license to board an airplane for a domestic flight or to enter a federal facility. We do say, connect with the federal facility to find out what kind of identification forms they want and what they'll accept. But right now, your Minnesota driver's license is an acceptable form of identification for federal purposes," said Minnesota Department of Public Safety Spokesperson Bruce Gordon.

Meanwhile, Minnesota is one of about 20 states waiting to find out if the federal government will approve a renewed extension.

"The Department of Homeland Security is really focused on hurricane relief right now. As a result, they don't have the time and the people to look at all these applications," Gordon said. "So they're going to need some extra time and that's why they've instituted this grace period from now until January of 2018."

Minnesota has requested a REAL ID compliance extension through Oct. 2018. Gordon added the federal government has assured Minnesota, the governor's office, and others that as long as progress towards compliance is made, extensions will be granted.