A golf tournament inspired Ryder Carlson's name, and now his golf skills have him teeing off ahead of The Masters. 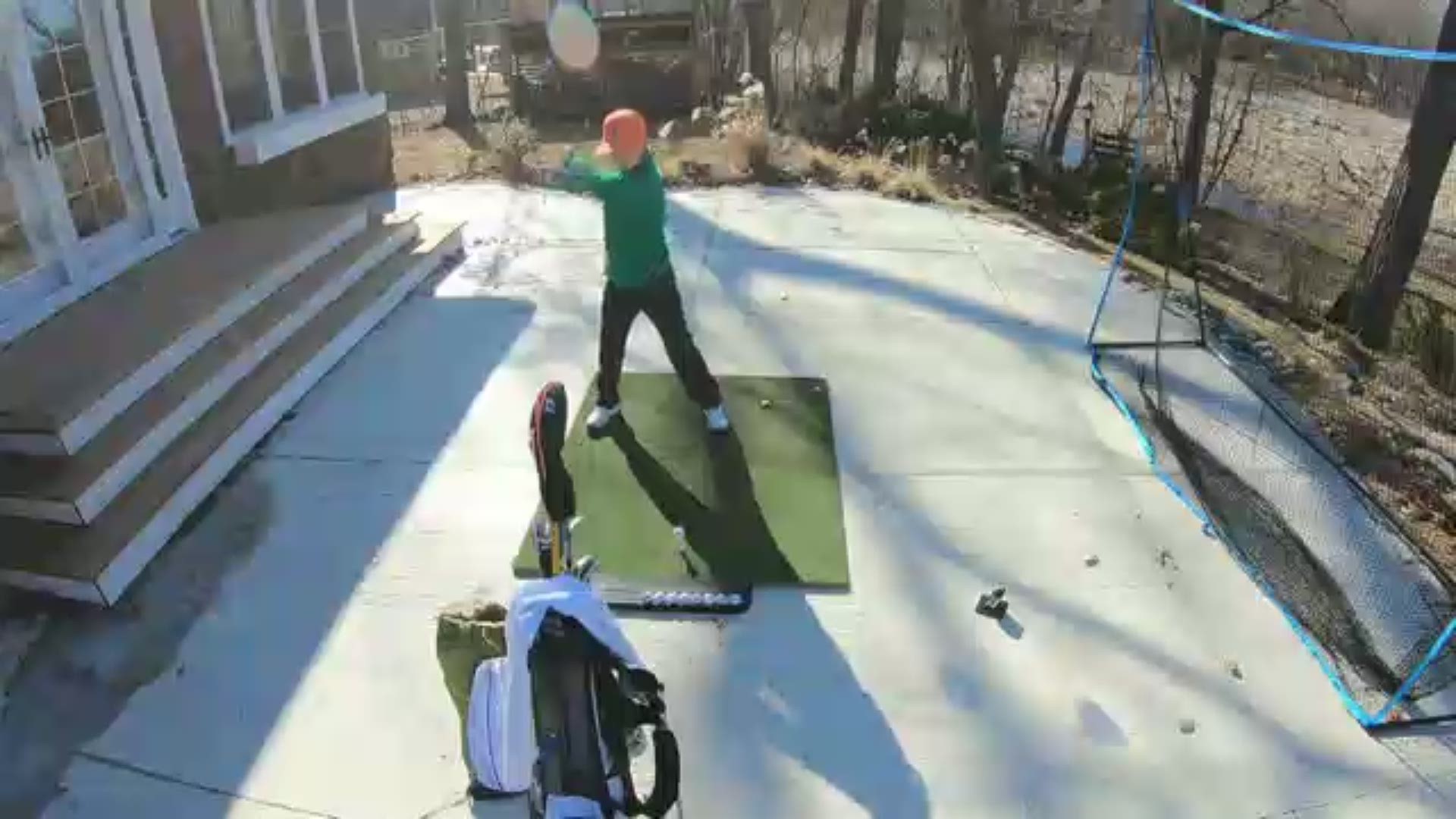 The return of spring means one thing for 11 year old Ryder Carlson.

"I like to hit it hard," Carlson said, just before ripping a picture-perfect drive into the golf net in his yard.

With a name like Ryder, practicing golf at a young is no accident. Ryan Carlson says, yes, his son's name is inspired by the Ryder Cup, but he didn't expect he'd be such a natural. Shortly after he began to walk, Ryder began swinging a plastic golf club, quickly learning how to hit balls.

Last summer he really hit his stride while competing in some local Drive, Chip and Putt contests.

But that handful of shots have taken Ryder a long way. Last year he advanced through two regional competitions, and then, during a regional final, he hit two chip shots within a few inches.

That's because, in addition to winning a medal, Ryder punched a ticket to the national finals at Augusta National Golf Club. Next week he'll be one of just ten boys in his age group, competing for a championship just days before The Masters begins.

"I'm going to go there and meet all the pros," Ryder said, with a wide grin. "It's going to be really fun."

And it's all going to be even sweeter after spending months with nowhere to practice outside.

"I've made him a little practice area inside the house," Ryan said. "We've also spent a lot of time at the golf dome."

And if you think putting at Augusta is tough, Ryder has had to practice in his living room, in front of the toughest gallery he knows.

Turns out, he's also a student of the game.

"I've got putting homework," Ryder said, pointing to papers that tally all the putts he practices. "It's only from the hard distances like 20 feet and 15 feet. I've hit 2,200 putts."

But the winter wasn't all coursework, Ryder kept in shape by playing hockey, his second favorite sport.

He also chooses to keep his hockey hair flowing year round."I call it the gullet, it's a golf mullet," he said. "The back side is hockey hair and the golf side is business."

KENT: "So at Augusta, it's all business?"

That kind of positive attitude is something his Dad is proudest of, even if he can't share in it.

"I think it's making me a lot more anxious than it is him," Ryan said. "For him, it's just another golf tournament and for me it's a much bigger deal than that, seeing your kid putt on the 18th green at Augusta is going to be pretty amazing."

No matter the result, it's certain to be an experience unlike any other.