Aware of a dangerous trend, the Minnesota Autism Center is now on a mission to set the record straight and share safe therapies with parents. 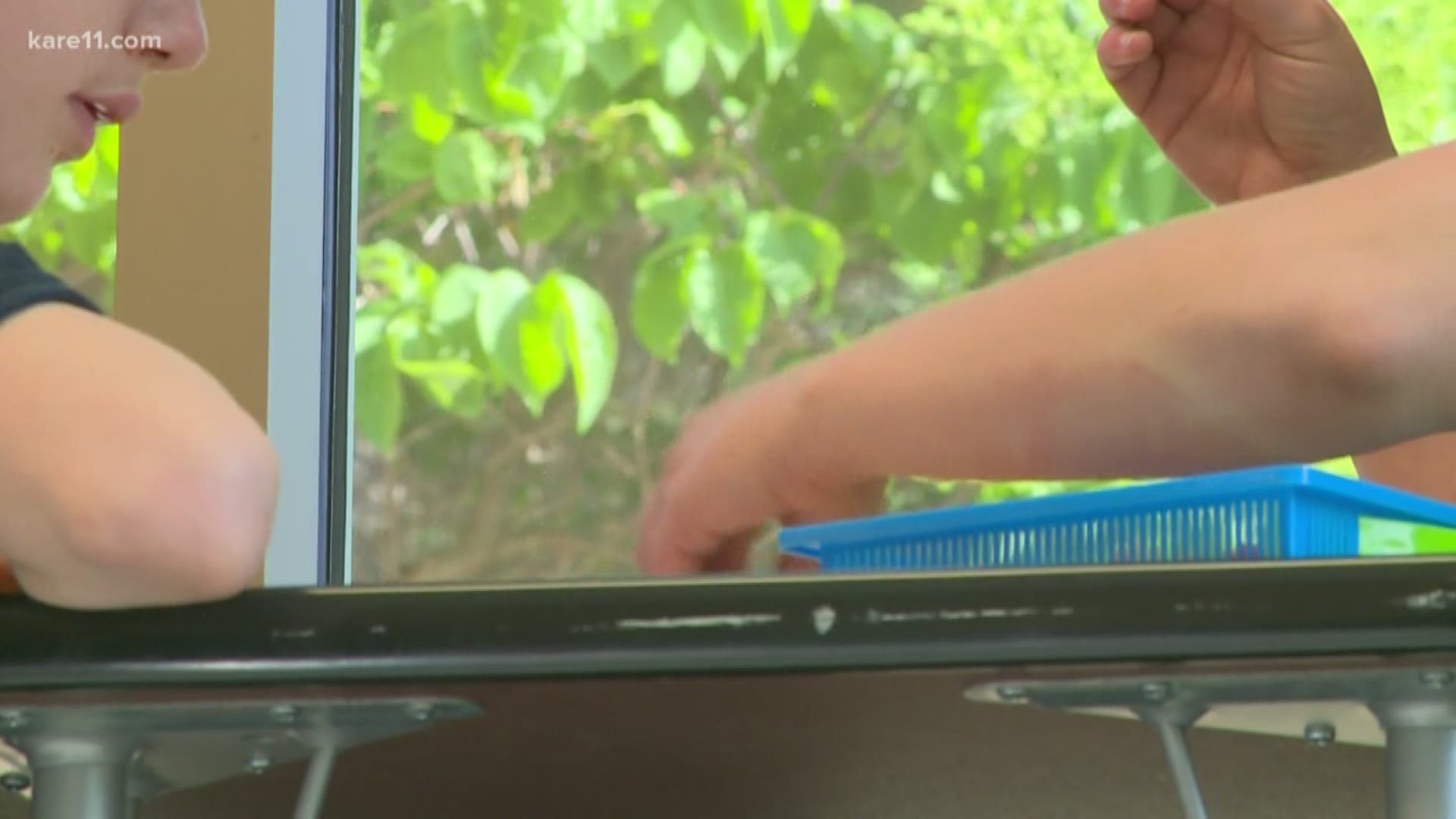 FRIDLEY, Minn. — Some parents of kids with autism spectrum disorder are taking extreme measures to find a cure, including forcing their kids to drink bleach.

Aware of this dangerous trend, the Minnesota Autism Center is now on a mission to set the record straight and share safe therapies with parents.

There are about a dozen MAC locations statewide. Each one is essentially a day school. And much like most schools, there are classrooms, a cafeteria, computer lab, and gym.

But there’s no set summer vacation. Rather, MAC schools are open year-round, giving kids on the spectrum more time to grow.

"It is amazing," Clinical Supervisor Melissa Tovson said. "It almost brings me to tears some days just to see the progress in the kids."

Director of Clinical Services Laura Gilbert says ABA includes both verbal praise, like saying “nice job,” and tangible rewards, like allowing kids access to a preferred location in the building or to their favorite activity or toy.

"So really focusing on providing that positive reinforcement for those behaviors we really want to see increase," Gilbert said.

That means ignoring behaviors they want to see decrease.

Gilbert says it’s important to understand that ABA is evidence-based.

"There's science behind it to show that there's positive impacts with kids on the spectrum," Gilbert said.

As for the other so-called treatment circulating online, MAC CEO Jeff Nichols says there is "absolutely no value" in providing bleach to kids.

For Melanie Vandesteene, chair of MAC's Parent Advisory Council, the legitimate therapies have meant real results with her son, who is nonverbal.

"Evan can tend to be very aggressive," Vandesteene said. "When they picked up that phone, I said, 'Have you been stalking my Facebook page? Because I have been praying and asking for you.’"

"We got to Disney World," she said. "He's learning to type. He recognizes his name. He can identify family members. MAC has given us hope."