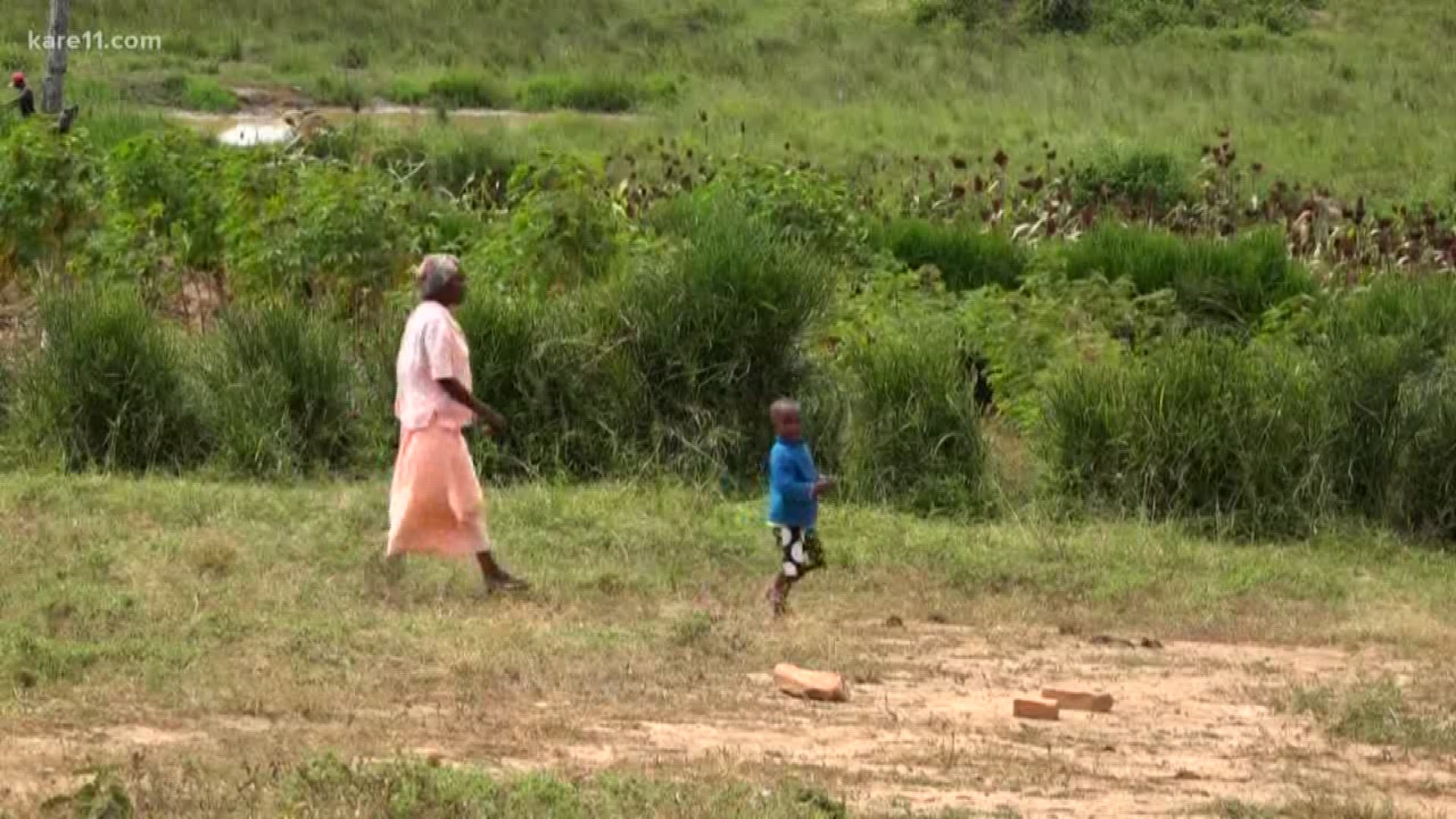 MINNEAPOLIS — On the same day the world will be recognizing the challenges and strength of refugees, a Minnesota-based organization dedicated to serving that global community is itself undergoing a major transformation.

The American Refugee Committee – started more than 40 years ago – will become “Alight” on June 20, World Refugee Day. According to a press release sent early Thursday, the organization is making the move: “in solidarity with the people we serve around the world.”

The decision to change the identity of the internationally renowned organization was also made after consulting all aspects of ARC – from board members, to staff, to volunteers, to most importantly, the refugees themselves.

“What we discovered when we talked to refugees is that they actually wanted to be known by their names. That, in a way, ‘refugee’ was a name tag that they wanted to let go of, and they wanted to be seen as individuals. And if we were to include them in our organization, they wanted us to also let go of that name tag ourselves,” Daniel Wordsworth, CEO of ARC, now Alight, told KARE 11’s Karla Hult earlier this month.

In the press release, Wordsworth elaborated on that idea: “These people are abundant, full of potential and building for their futures. They choose not to be defined by a single dark moment in their lives.”

Watch below or click here: ARC dealing with refugee crisis by 'doing the doable'

Beyond the feedback ARC was receiving from refugees, Wordsworth mentioned they selected Alight to better reflect the contributions of refugees and those working to help them.

“When we think of Alight we think of two things: one is the obvious thing, which is somebody that is full of light, and that’s actually how we see human beings. Secondly, and this is part of the definition that I love, it’s this idea that you know when a butterfly alights onto a flower, it’s this idea of landing very gently," Wordsworth said. "And so when we think about refugees and when we think about them searching and trying to create a new life, we actually think about them that way, as just gently coming into a new place and trying to create a new life, rather than being a burden and a heavy stone wherever they go."

Not a political decision

Despite noting that “a lot’s changed in the world over the last 40 years,” Wordsworth says the decision to drop the word “refugee” from the organization’s title was not based on the current political climate and controversy surrounding the global refugee crisis. But Wordsworth acknowledged the conversation surrounding the crisis has changed in recent years.

“Normally, when you would ask a person what do you feel when I use the word 'refugee,' I think up to a few years ago, people responded unanimously, ‘I feel compassion, I feel care. Maybe I feel confusion, but mostly I feel compassion.’ Now when that word is evoked, it somehow, I think the dominant emotion that people is fear, actually. And that’s something that’s shifted over the last three years. And it’s a remarkable thing to have happened, when the very people (are) fleeing because of fear,” Wordsworth said.

Meanwhile, Wordsworth wants to reassure ARC supporters – including tens of thousands of Minnesotans – the organization remains committed to its purpose and mission of respectfully meeting refugees where they’re at, with what they need most.

According to the organization, Alight serves more than 3.5 million people in 17 countries each year – work that Wordsworth says is rooted in Minnesota.

“We think of ourselves as a Minnesota organization that’s become internationally renowned over the last 40 years. This is our home. This is where we come from,” Wordsworth said, adding: “We’re an expression of the way that Minnesota shows compassion to the world and shows compassion to refugees and people affected by conflict.”

The crisis continues: The latest numbers

And that expression -- that mission -- remains daunting. According to numbers recently released by the United Nations, there are nearly 71 million forcibly displaced people worldwide. Wordsworth notes that last year, only 50,000 of those refugees were actually resettled into a new home within a new country. The overwhelming majority live in refugee camps based in developing countries. According to Alight, the average stay in camps is 17 years. And the organization’s press release states the alternative to that fate is living in urban slums “with no real access to services or rights.”

#WorldRefugeeDay5k and how you can help

This week, the world will have a chance to consider this reality and how best to stand with refugees. Alight has once again decided to mark the day with their third annual World Refugee Day 5k in the Nakivale Refugee Settlement in Uganda. This year, runners will also be able to support the event – and refugees around the world – by participating in a shadow or virtual 5k race wherever they are. For more information on this opportunity to join the #WorldRefugeeDay5k, Check out @worldrefugeeday_5k on Instagram or Facebook, or just go to: worldrefugeeday5k.com.

And to learn more about ARC’s transition to Alight and how you can support this Minnesota-based organization’s outreach throughout the world, just go to wearealight.org.