"Something flagged on my record," Mark Brown, of Apple Valley, explains. "I called the number and they want me to pay a $500 ticket that's not mine." 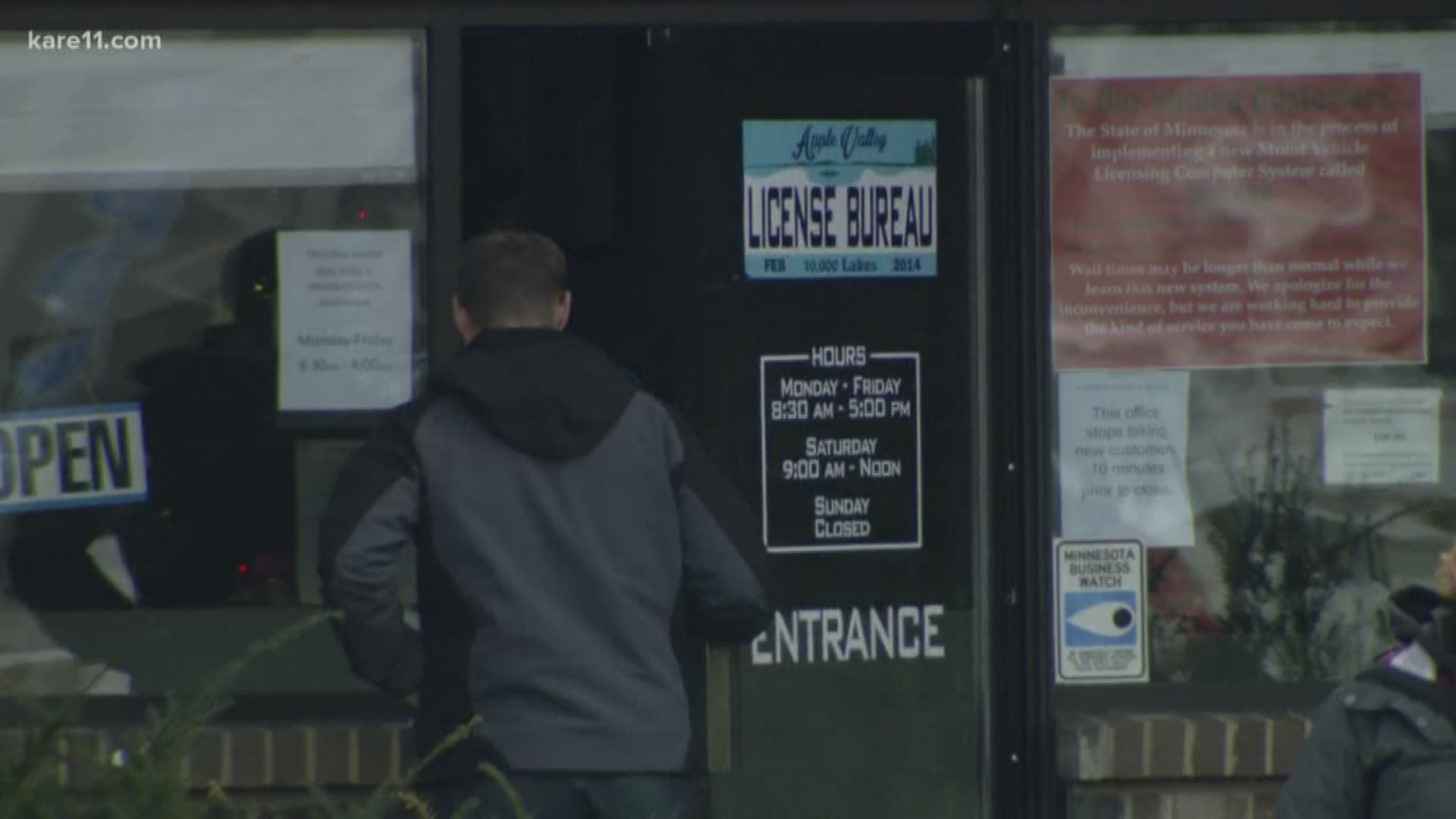 MINNEAPOLIS - Two days before his birthday, Mark Brown stopped by an Apple Valley licensing center to renew his license, but instead of walking out with one, he walked out with a problem.

“Something flagged on my record,” Brown explains. “I called the number and they want me to pay a $500 ticket that’s not mine.”

Turns out there's another Mark Brown, with the same birthday.

The “other” Mark Brown was apparently caught in New York driving without insurance.

"I've never driven in New York, so, it's a little impossible for me to have a ticket from there.”

It's not the first time he's been blamed for this “other” Mark Brown's infractions.

Up until now he says a simple phone call was enough to clear things up.

This time though, he says driving officials in New York said it could be 2 to 3 weeks to set things straight, and here in Minnesota, it could take even longer.

"I call the state of Minnesota and they said yep, this is happening quite a bit, 10-12 weeks."

A Department of Public Safety spokesperson says the system they use to check people’s driving records nationwide is called the “Problem Driver Pointer System.”

That system is a nationwide system, not managed by the state of Minnesota.

Legally, here in Minnesota, licensing officials say they can’t give Mark a license until the state of New York gives him a “clearance letter” that proves he’s not this “other” Mark Brown.

Looking at the strong possibility of not having a car for several weeks, Mark is strongly considering paying that $500 fine just to be done with it, but he’s hoping something happens that will save him the money.

“Paying the money doesn’t feel like a solution to me. It feels like a punishment for something I didn’t do.”

Here’s a full explanation from the Minnesota Department of Public Safety as to why the agency can’t give Mark Brown a license at this time:

The Minnesota Department of Public Safety Driver and Vehicle Services division (DPS-DVS) uses the Problem Driver Pointer System (PDPS) through the American Association of Motor Vehicle Administrators (AAMVA) to confirm a driver has valid driving privileges in all states before issuing a Minnesota driver’s license.

Once a person receives and submits a clearance letter from another state confirming the applicant is not that same person who has a violation, DPS-DVS can enter the information so it doesn’t happen again.

When a full match happens, DVS hands a letter to the customer before they leave the counter, so they know the exact steps they need to take. The turnaround time for a clearance letter from another state depends on that state’s process.