MN flu season may have peaked

Though a particularly nasty flu season is still stretching hospitals thin, officials are optimistic that cases are beginning to decline. That's good news ahead of the Super Bowl. 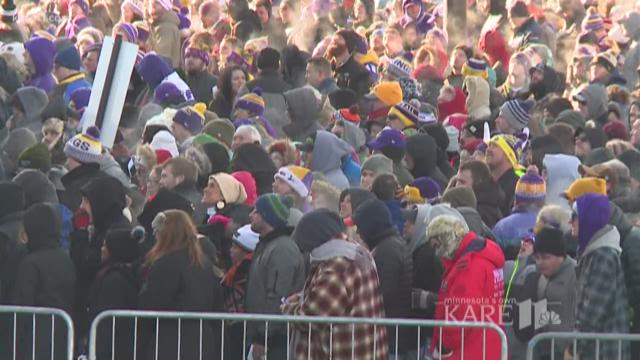 MINNEAPOLIS - From the windows of Hennepin County Medical Center you can see Super Bowl preparations underway as the NFL season is about to reach it's peak, but as doctors look on they're hoping the flu season peaks first.

"One of the things we were thinking about when we heard the Super Bowl was coming to downtown Minneapolis is, what if we're already full from something else?" said Dr. David Hildon, an internal medicine physician at HCMC. "And that something else this year is influenza."

Dr. Hildon says this flu season has been the worst in years, but he and the Minnesota Department of Health both tell KARE 11 that the numbers indicate an improvement.

"We are seeing just a touch fewer cases now so we are optimistic that maybe the worst is behind us but that's a little bit predicting the future," Dr. Hilden said.

Even so, he says the influx of people for the Super Bowl, combined with crowded events, means they're preparing for the worst.

"We've got other, whole nursing units, of the hospital that we are going to re-purpose for an influx of sick people should we need them," Hilden said.

Though the flu shot has been less effective against the primary flu strain this season, according to the Minnesota Department of Health other strains that the shot does protect against are on the rise. One more reason why it's still a good idea to consider the vaccine.

"Best way to enjoy the Super Bowl is with a Vikings win, but the next best thing is to get your flu shot," Hilden said. "Because you don't want to be sick and especially if you're going out. Even if you're a 30 year old, healthy person, you are protecting that child in daycare, you are protecting the older folks in nursing homes. It's not about the individual."