MN girl survives heart transplant, gives back to others

MINNEAPOLIS – A Twin Cities girl has returned home to raise money and hope for others on her heart-filled journey. 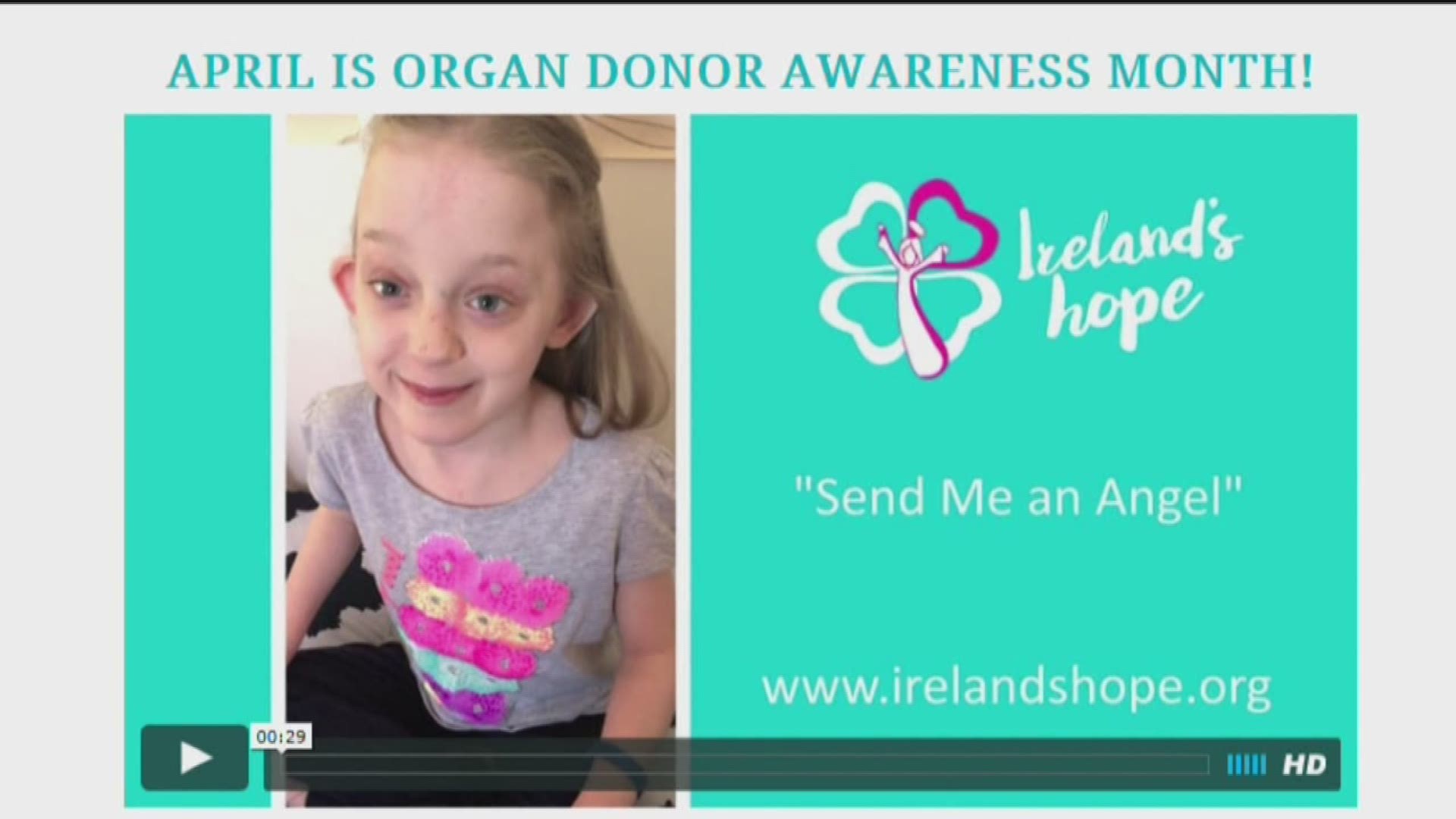 MINNEAPOLIS – A Twin Cities girl has returned home to raise money and hope for others on her heart-filled journey.

This Saturday, 8-year-old Ireland Larson will be attending a game at Target Field as part of the Ireland's Hope Day at the Ballpark with the Minnesota Twins fundraiser for her foundation.

That's right. The St. Louis Park native has a foundation named in her honor.

Started by Ireland's aunt, Patti O'Connor, "Ireland's Hope" is dedicated to increasing organ donor awareness and registration in the United States, while also providing financial support to families who have a child who is undergoing or recovering from a pediatric heart transplant in this area of the country.

"I'm just really grateful and hopeful that through Ireland's journey, we can hopefully affect many other families' lives," said Kathleen Larson, Ireland's mom.

And Ireland's journey has been far from simple or short. Born with right hypoplastic heart syndrome, Ireland had to undergo her first open heart surgery when she was just six weeks old. By the time Ireland was four years old, she had already undergone three open heart surgeries. She's spent years living in hospitals, all leading up to Oct. 11, 2015.

"I had my heart birthday, because I got a new heart," Ireland said.

That new heart gave Ireland a new life, and her aunt sought to pay that love and opportunity forward to other families.

"Making sure that your focus is on the medical care, the comfort of your child, your other children, your spouse, your family. And not worrying about all the other stressors at that moment. So hopefully we can shift the focus for these families. And take some of the stress and burden off," Kathleen said.

The Larson family continues to live in Chicago while Ireland receives post-transplant care, but that didn't stop the family from returning to Minnesota for the Twins fundraiser. And it didn't stop Ireland from reuniting with friends and family back at her hospital home, including "The Dude."

Ireland joined in the entertainer's show Thursday, laughing and throwing out jokes of her own. Typical for a child who has learned to find the joy in her journey, while also finding a way to give to others.

"My foundation will make people give money to other people who need that money," Ireland said.

For more information on Ireland's Hope, just go to: www.irelandshope.org. There you can find details about the Minnesota Twins fundraiser, and a concert featuring Minnesota native Jon Storm at the Fineline Music Café on May 6. Storm is donating part of the proceeds from the event to Ireland's Hope. You can also learn more about the song, "Send Me An Angel," written for Ireland.