"They're going to need a lot of support, and that's what they deserve." said Cowley, a Minnesota native and daughter of former KARE 11 anchor Pat Miles. 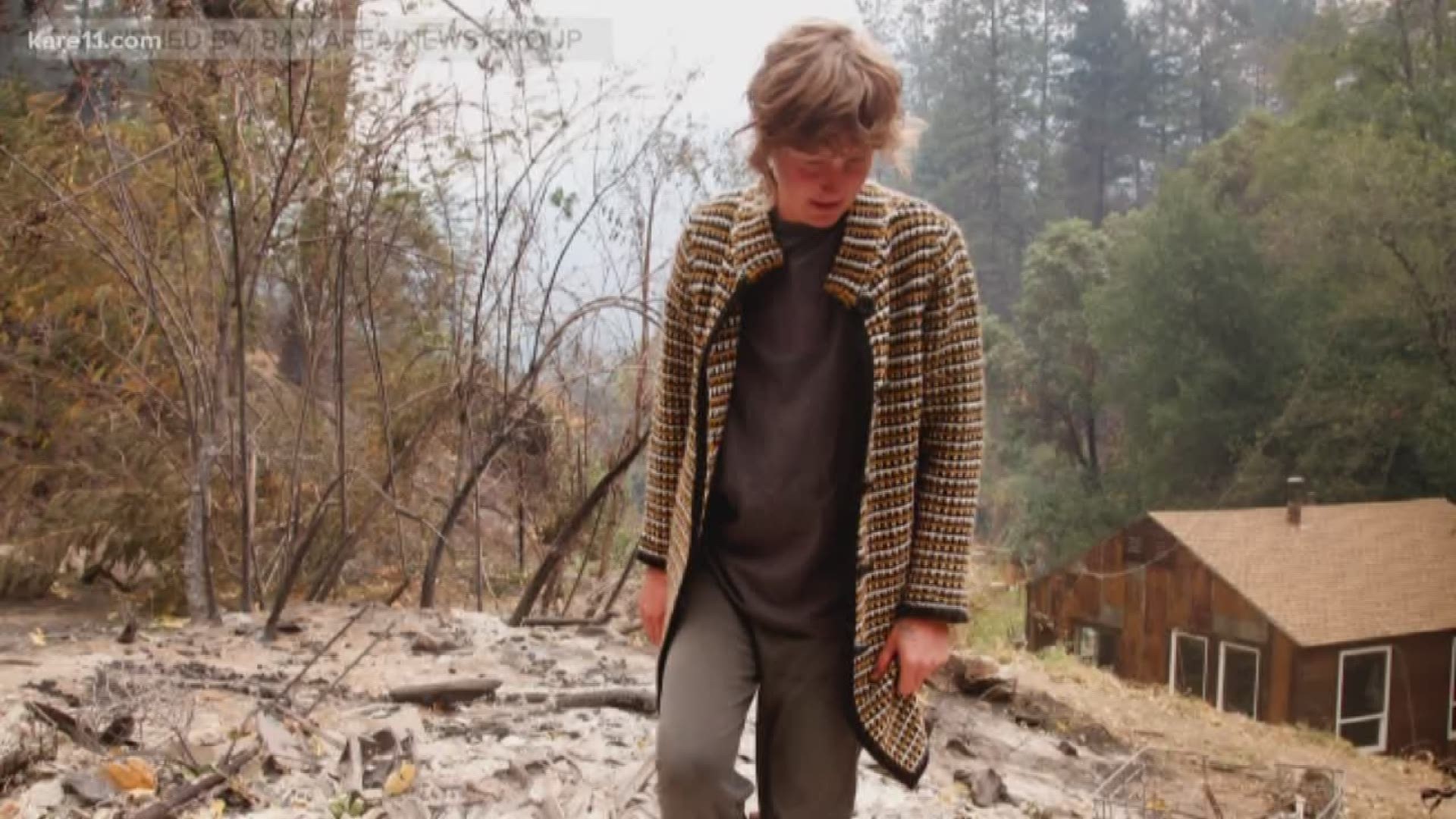 "They're going to need a lot of support, and that's what they deserve." said Cowley, a Minnesota native and daughter of former KARE 11 anchor Pat Miles.

Cowley lives in Pulga, California, an abandoned mining town turned resort destination, located about 90 miles north of Sacramento. The town is also now ground zero for the fire investigation and a potential lawsuit against the PG&E electric company.

"I did receive and e-mail from PG&E and they said that they were coming out here to do work on Wednesday on a power line three-quarters of a mile away and they would need to come back and do another power line on my property," said Cowley, who is now spreading word of a possible class-action lawsuit against the company. "PG&E, if this is their fault, they need to be held accountable."

Though she had some damage to her own property, she says her biggest concern is for her neighbors.

"I lost my home," Cowley said. "And then we lost some smaller structures but, you know, this town has been around for a hundred years and it's survived multiple fires and there is something watching over this place."

Her outlook is shaped by the sheer devastation surrounding her. Nearly the entire town of Paradise burned just a few miles away, and Cowley says multiple homes and lives were also lost in the town of Concow.

"All I want to do is everything I can to try and help these people and I feel incredibly lucky that my place is still here," Cowley said.

Betsy says attorneys will be visiting the area tomorrow and speaking to residents about a potential class action lawsuit against PG&E. The electric company has declined NBC'S request for comment as the fire investigation continues.