For all the energy and vigor she shows today, Alexa Mendoza has had an uphill fight since before she was born. 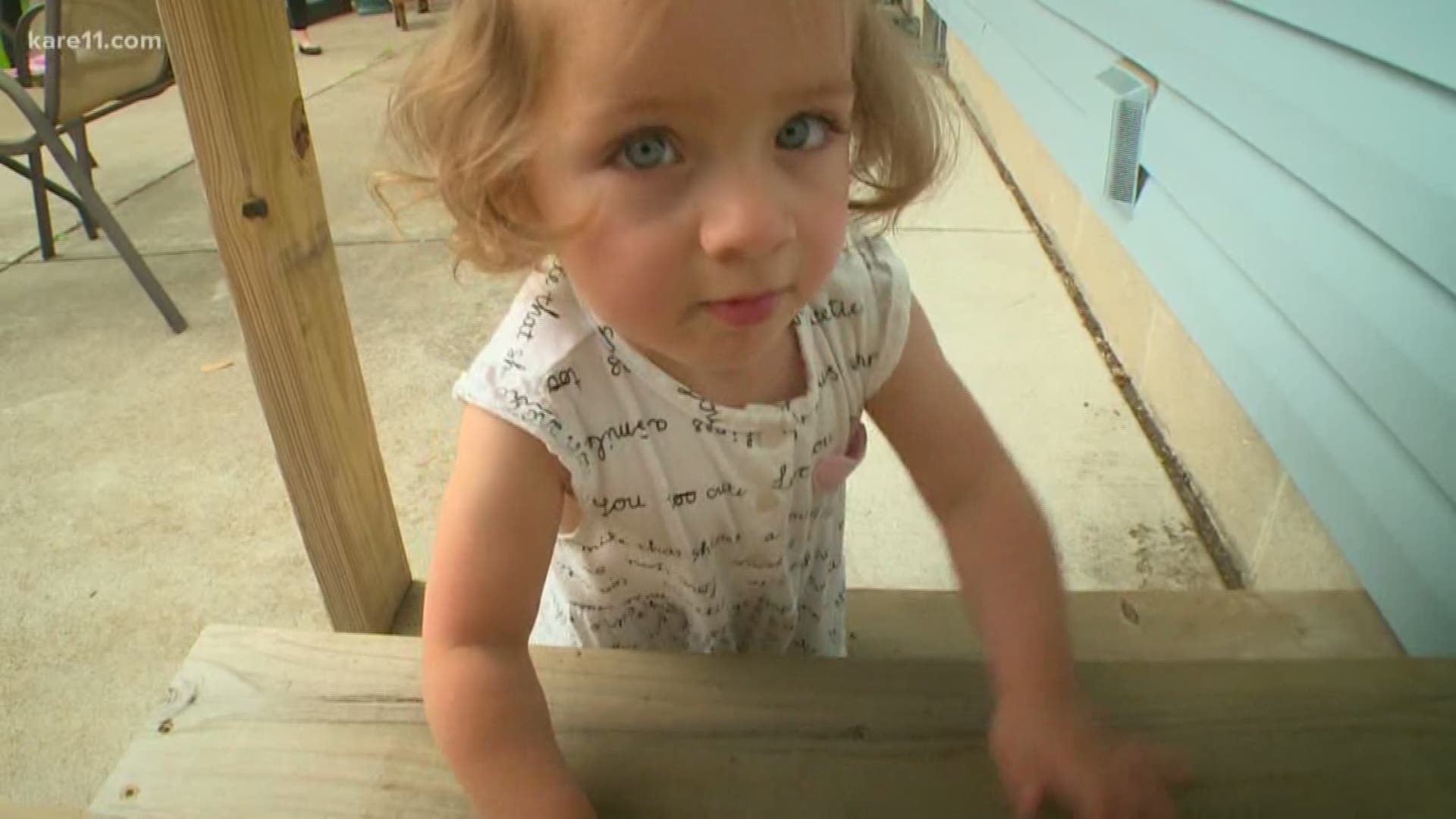 MINNEAPOLIS — A Bloomington toddler is one of just about a dozen babies in the world to survive a rare surgery to remove a tumor while she was still her mother’s womb.   It’s a surgery performed in only a handful of places, including Children’s Minnesota.

“She is a lot of fun,” her mother Christie Mendoza says.  “She is rambunctious and energetic.”

But for all her energy and vigor, Alexa has had an uphill fight since before she was born.

Her birth announcement was typical.   Her big brother Jackson holds a perfectly normal ultrasound.  Christie and her husband Gus were elated to welcome their second child.

They went in for what they thought was a routine 19 week ultrasound.

But what that ultrasound showed caused alarm.   You can clearly see a massive tumor growing off the base of the baby’s spine.  It was about a third the size of the tiny fetus.

“It was completely not on our radar to expect any problems. Let alone this really rare thing we had never heard of and didn’t know what to do about,” Christie said.

That tumor was fast growing, aggressive and getting larger, according to Dr. Joseph Lillegard.

“By 23 weeks, the tumor was about 1 and a half times the size of Alexa,” he explained.   “We saw that the heart’s ability to keep up with the tumor’s growth and demands was starting to fail.”

The tumor was stealing life from Alexa as she was trying to grow.

“It was really, really quite devastating,” Christie said.

“We had a difficult decision to make. We can accept that this is a very substantial problem that would lead to fetal demise – the loss of Alexa.  Or we gave the Mendoza family a chance at a fetal intervention.”

“We figured she was in there fighting and we decided to fight with her,” Gus said.

The procedure is risky, done in only the most extreme circumstances.

“It’s been done roughly a dozen times around the world,” Dr. Lillegard said.

He and a team would perform open fetal surgery, opening the uterus and exposing the developing baby to remove the tumor.   Then, returning the baby to it’s position inside her mother.

Even he admits he was nervous.

“You see them every few days. For weeks you see the anxiety as it builds and their hope and expectations. So yeah you’re acutely aware of how important and how serious this is,” Dr. Lillegard recalled.

Christie and Gus also made another decision.  Ahead of the surgery, they gave Baby Mendoza her name.

“They were saving Alexa,” she said.

For the 5 hour procedure, Christie recalled the words of a nurse.

Gus says he sat in another room praying.   He told the doctor, “I prayed for God’s hands to guide your hands during the surgery and he said I’m glad it went better than expected and what you did helped us out as well.”

“Getting to that 29 week mark made all the difference,” Christie said.

In a sense, her mom says, she was born twice.  “We did celebrate the 1 year anniversary of her fetal surgery as kind of her first entrance into the world. We call it her sneak peak day.”

A sneak peak at the milestones ahead.

7 surgeries later, Alexa is tumor free and doing all the things toddlers do.

“This girl is so strong. So brave. She fights through it all and that’s what gives us courage to fight through”

Part of a unique club of children who faced one of their toughest challenges before they were officially born.