MnDOT tells a tale of tolls and tolling

The Minnesota Legislature asked the Minnesota Dept. of Transportation for a study of how much money could be raised by converting some existing highways into toll roads. For now, it's just a concept. 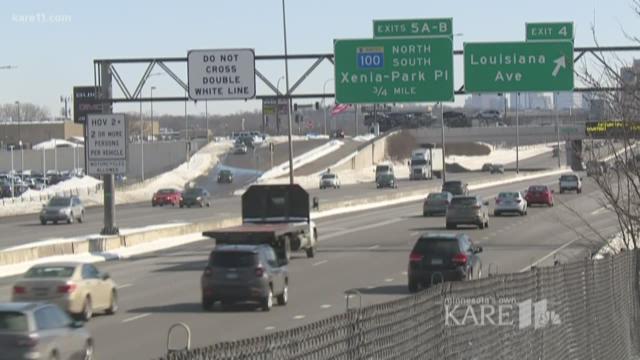 ST. PAUL, Minn. -- The State could generate billions of dollars over the next three decades by converting some existing freeways to toll roads, according to a new report from the Minnesota Dept. of Transportation.

But MnDOT's engineers were quick to point out there's no plan to do such a thing. The agency was merely complying with an order from the Legislature to look into the question, and wouldn't enact any changes without legislative approval.

You'll find turnpikes, toll roads and toll bridges in 30 other states. The closest thing to that in Minnesota would be hot lanes, such as MnPass lanes, which allow solo drivers to pay for the right to use lanes normally reserved for people with passengers.

"Our study is about existing lanes becoming toll lanes. so it was taking our existing highway system, and what would we be able to do if we converted them," Christopher Roy of MnDOT's engineering division told KARE.

"Clearly there’s going to have to be a lot more debate, and policy makers will have to make a decision about what they want to do next."

Roy presented the Minnesota Tolling Study Report to the House Transportation Committee Monday, and fielded questions on how the money would be collected, what the impact on lower income people would be and how it would affect prices of consumer products hauled by trucks.

He told lawmakers this was a "high level study" based on a lot of assumptions, as opposed to a formal feasibility study, which would be more detailed, take longer to do and cost much more. Roy compared the new study to the general range of quotes you get from an auto mechanic after you describe the noise it's making.

The study estimates that Interstate 94 corridor would generate the most revenue, roughly $5 billion across the next three decades. But it wouldn't all be pure profit that could be spent on other highway projects.

"About half of it would need to be reinvested back in the tolling infrastructure, administrative costs with collecting the toll, and the maintenance cost of the highway, which would be the snow removal, pothole filling, things like that," Roy explained.

The study assumed flat pricing, rather dynamic pricing that would charge motorists more during peak hours. There are many electronic means of collecting the tolls as well, including electronic sensors and license plate scanners.

Roy said most states are moving away from physical toll booths and cash transactions.

"Any new state that’s coming on to tolling, it might be exclusively electronic," Roy explained.

"No longer are the days when you take the change and throw it in the bucket and the arm lifts up. It’s just too expensive administratively."