The infamous Palmer House Hotel and Restaurant in Sauk Centre draws in everyone from paranormal investigators to casual fans of spooky haunts, all looking to experience its ghostly charm. 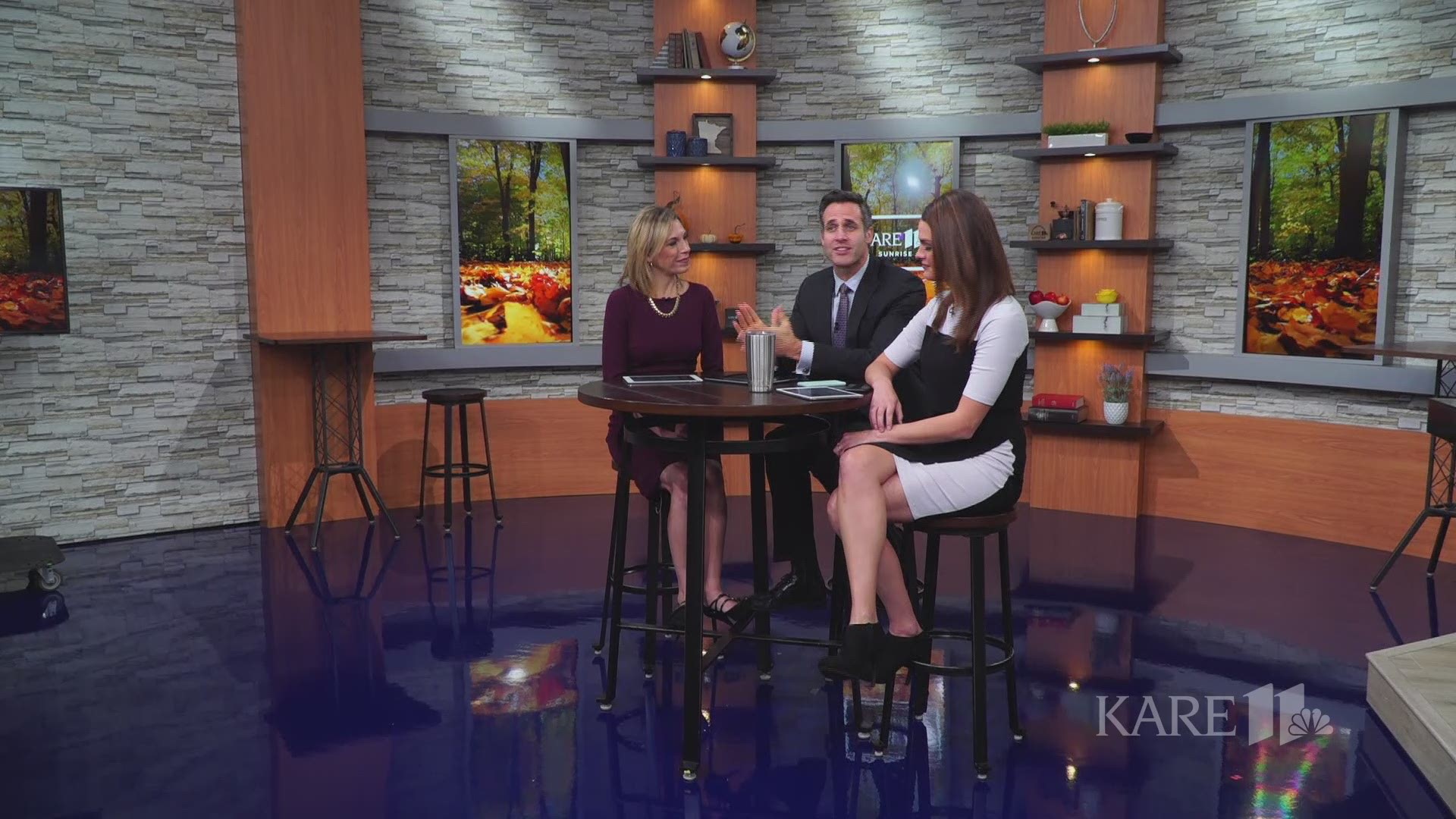 SAUK CENTRE, Minn. - When you walk inside The Palmer House Hotel in Sauk Centre, it doesn't necessarily feel "haunted"; it's more warm and inviting and less dark and spooky.

But don't let that fool you. The infamous Sauk Centre hotel has been visited by everyone from paranormal investigators to casual ghost hunters, all eager to experience its haunted charm.

"I always tell people, you don't hunt ghosts," explained Kelley Freese, owner of The Palmer Hotel and Restaurant. "You sit down and you ask whoever is willing to come hang out with me, please do. I'd love meet you and get to know you and your story."

There are many stories told on a daily basis inside the hotel. According to Freese, there are several different ghosts that roam the halls and rooms, all from different time periods.

1 / 8
Several ghosts have been spotted in The Palmer House Hotel lobby. Owner Kelley Freese says she once saw a woman come in the front door and spoke to her...then when she turned back she was gone! A guest said she saw a figure sitting at the piano.

Don't believe her? Well, she has some stories for you - considering she's run the place for almost 18 years.

When she originally bought the business, it was with the intention of eventually selling it. But now?

"I discovered it was absolutely my path and my passion," Freese said.

RELATED: 11 of Minnesota's most haunted places

The Palmer House Hotel and Restaurant opened back in 1901. At the time, it was the crown jewel of Sauk Centre and central Minnesota.

"Even just the architecture was something that people wanted to come see," Freese explained. "It was the shiny new penny."

Not only was the building beautiful, it was also one of the first places in Minnesota outside of the Twin Cities with electricity and indoor plumbing - a major draw in the early 20th century.

The Palmer House continued to be a destination over the years, but these days it's for a different reason. When we asked our KARE 11 Sunrise viewers their pick for most haunted spot in Minnesota, we received an overwhelming number of responses pointing us to the hotel.

From tales of children playing in the hallway when no kids were in the hotel, to reports of guests hearing and feeling a ghostly cat jump onto their bed, there is never a shortage of paranormal activity inside the building.

Shockingly, Freese said in all her years learning the history of the building, she's never read anything about any murders or suspicious deaths inside. Instead, she believes the ghosts that haunt the Palmer House are those that had positive experiences in its halls.

The Palmer House Hotel is planning several paranormal investigations and special events throughout the month of November. To learn more about those, visit the hotel's website here.

See more of our MN's Most Haunted series: