If you walk through the Wabasha Street Caves now, you can see remnants of an old nightclub atmosphere in the crumbling decor. 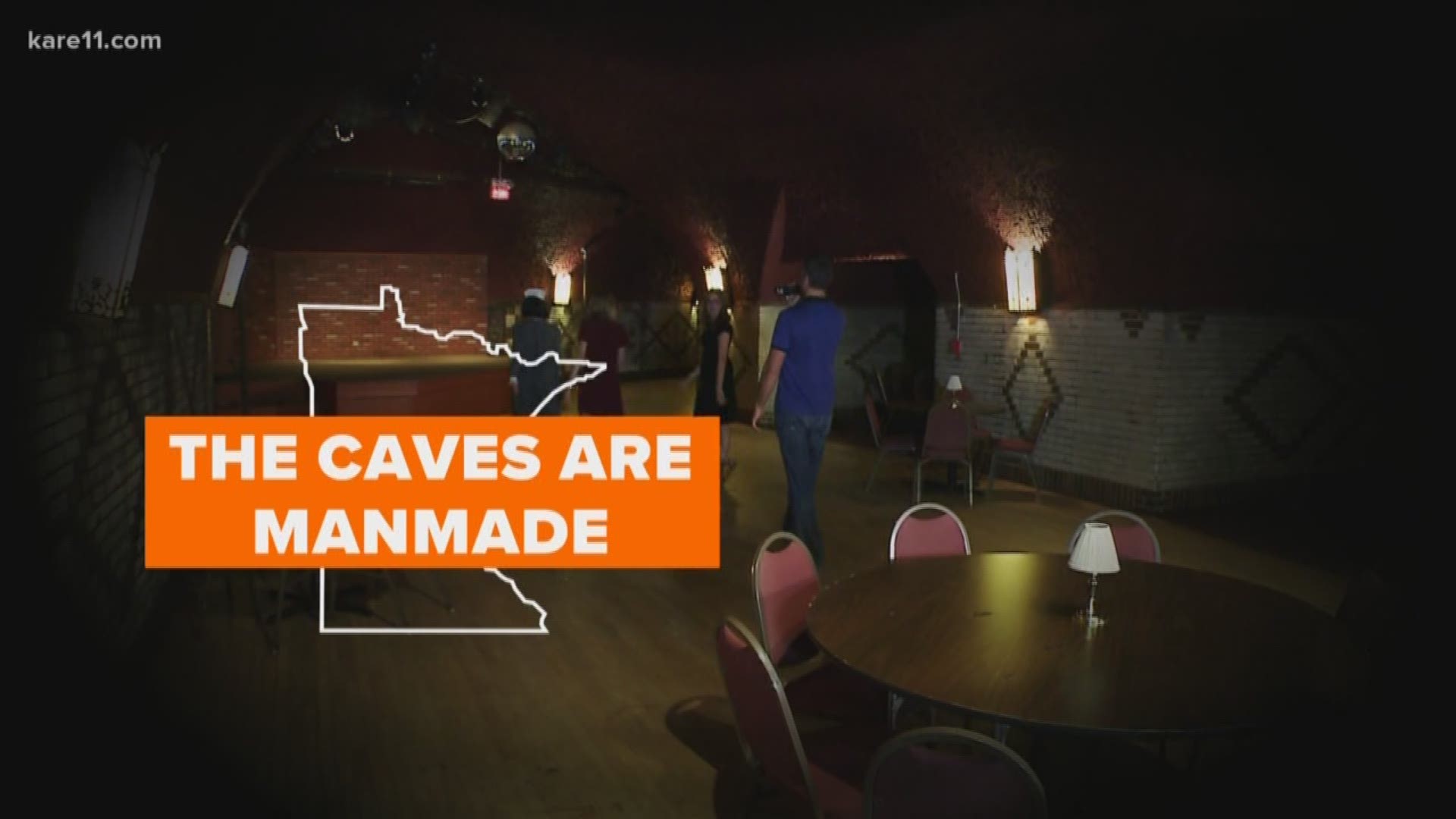 ST. PAUL, Minn. - The Wabasha Street Caves in St. Paul are not your average hole-in-the-wall...or ground, rather.

They're also one of Minnesota's most haunted places.

The ghosts that are said to inhabit the caves aren't of cavemen. They're of gangsters - relics of the Prohibition era when the caves were used as speakeasies. The first of these speakeasies, the Wabasha Street Speakeasy, is rumored to have been a hideout for gangsters of that time, such as John Dillinger and Ma Barker. After that, the owners of the cave opened another speakeasy, the Castle Royal.

1 / 4
This bar area is considered the most haunted spot in the Wabasha Street Caves. Visitors often claim to see two men who sit at the end of the bar. There's also allegedly a ghost named Alice who will tug on your shirt, according to workers.

If you walk through the caves now, you can see remnants of the old nightclub atmosphere in the crumbling decor.

The speakeasies were successful throughout the 1930s, but the caves were closed to the public and used to grow mushrooms after World War 2 started. That is, until the 1970s, when the caves became a new dance club for the disco trend called the Castle Royal 2.

Since the caves were opened back up, many have reported sightings of men who died doing "mob business" in the caves. The Fireside Room, a side room off the main cave, is said to have been the hub for the mob.

Local legend says that four gangsters were playing cards when a man with a case walked in and asked the band to leave early. They complied, and the cave emptied out to just the four men, the man with the case and a waitress. The waitress was in the kitchen when she heard the pops of a tommy gun. She ran to the Fireside Room to find three men shot dead. The fourth card player had run off as an accomplice with the man with a case.

The waitress called the police, who went in to check the caves without her. When they came back out, they accused her of filing a false police report. They didn't find any bodies - no blood, no evidence. But the waitress insisted that the bullet holes, still in the stones in the fireplace, were evidence enough.

Legend says that the three dead gangsters were buried in another cave, either by the murderers or the police themselves.

A sighting was reported of one of the card playing gangsters glaring at the cave's visitors, walking past them and disappearing into a cave wall.

The main cave at Wabasha Street has a stage, where the old clubs would have live music and performances. In the 70s, people said that equipment would fly off the stage with no explanation.

Other sightings are of a spooky woman in the bar area, and the apparition man sitting in the audience near the main stage. Some see a man wearing a panama hat.

Allegedly, there is a photo of a young boy who attended a wedding and "met" a group of ghosts. The picture is said to show the boy sitting at a table, smiling, surrounded by misty forms. If you take a tour through these caves, you might be able to ask your tour guide to see the picture.

Another story describes a ball that bounced into the men's bathroom. The young boy playing with the ball says he saw a man dressed in gangster attire, straightening his tie. The story says that the entity turned and smiled and winked at the boy before disappearing.

If you'd like to try and see some ghostly gangsters, don't go alone. The caves are dangerous and there have been many recorded deaths in the caves from carbon monoxide poisoning and other reasons. Official tours are offered here.