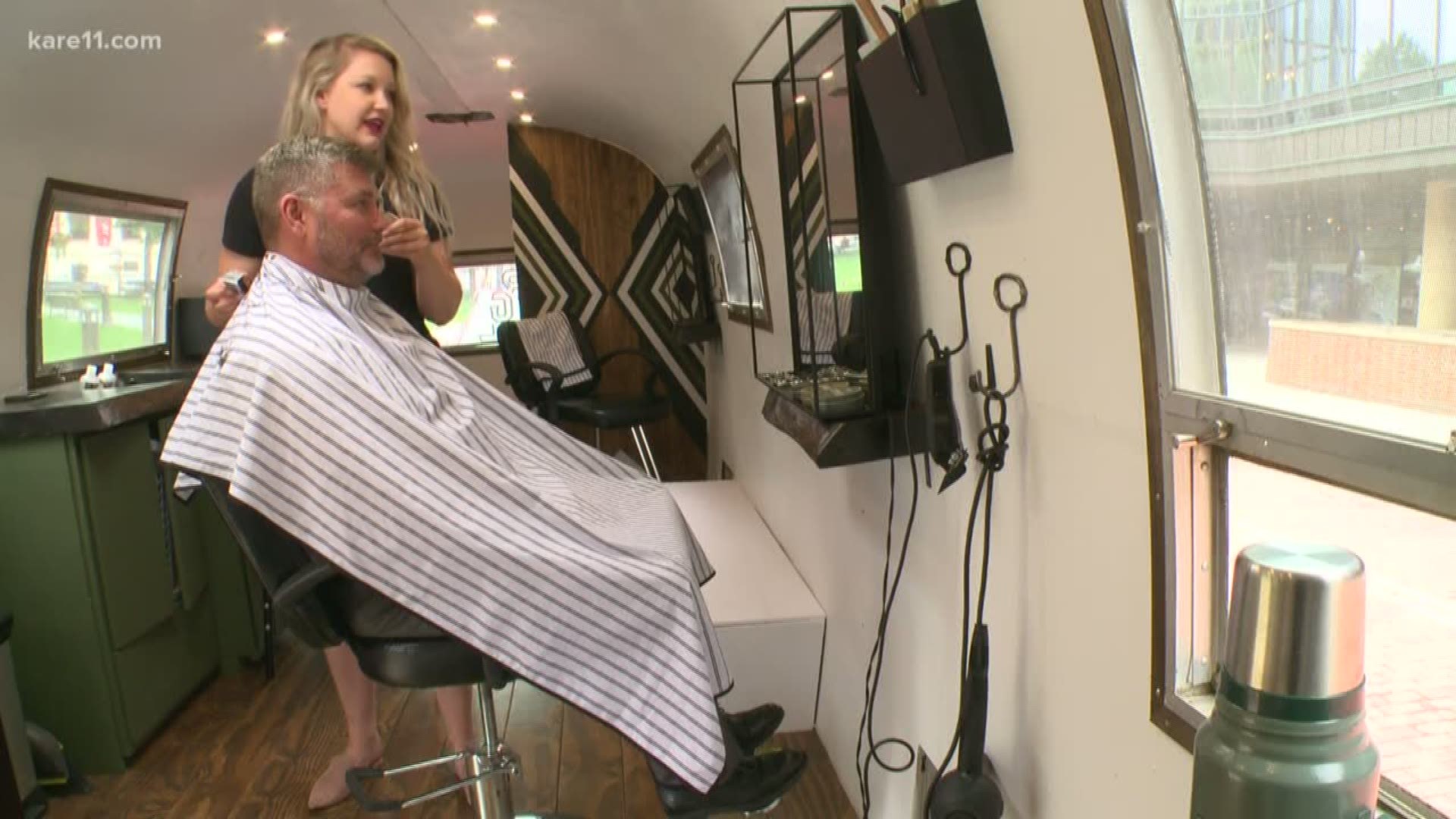 ST PAUL, Minnesota — A new business has rolled into Minnesota, led by a pair of sisters.

Wednesday, sisters Kati Dean and Lindsay Tollefson were working out of the Airstream at Rice Park in downtown St. Paul.

"We're able to go to where people are instead of worrying about people coming to us," Dean said.

Tollefson has been a hair stylist for about seven years. She's wanted to own a mobile hair salon for quite some time but about a year and a half ago, the sisters finally bought an Airstream on Craigslist and spent last summer remodeling it.

"I actually am a full-time pastor in Rochester. But she [Tollefson] had the idea for a hair truck out of kind of our love of food trucks and festivals. I just thought it was such a fun idea so we did it together," Dean explained.

Tollefson takes care of the hair cuts and beard trims, while Dean manages their website, social media and shines shoes.

While clients can schedule an appointment, because of its convenience, most of their business comes from walk-ups. Rugged Good Looks advertises itself as "the mobile salon for the modern man."

Since going on the road in June, they've mostly set up in Rochester (where Dean lives) and in St. Paul. But they've brought the Airstream to festivals, breweries, parks and have booked a wedding for next year. They're still trying to figure out the best spots and times to set up.

"It's been a lot of fun. Dreaming of this and actually renovating it is one thing but to actually be out here and doing it, it's a lot of fun. I'm loving this," Tollefson said.

"We're both very open to different things we want to do within Rugged Good Looks and I feel like it's been really good," Tollefson said.

"I feel like we know each other well enough that we know when to give each other a little space," said Dean, laughing.

Rugged Good Looks will continue traveling the state this summer. You can find their services and schedule on their website, as well as get updates on their Instagram page: @ruggedgoodlooksmn.