Mom of toddler in DMX rapping video on going viral

Last time we checked, it's been watched more than five million times. You can see why... 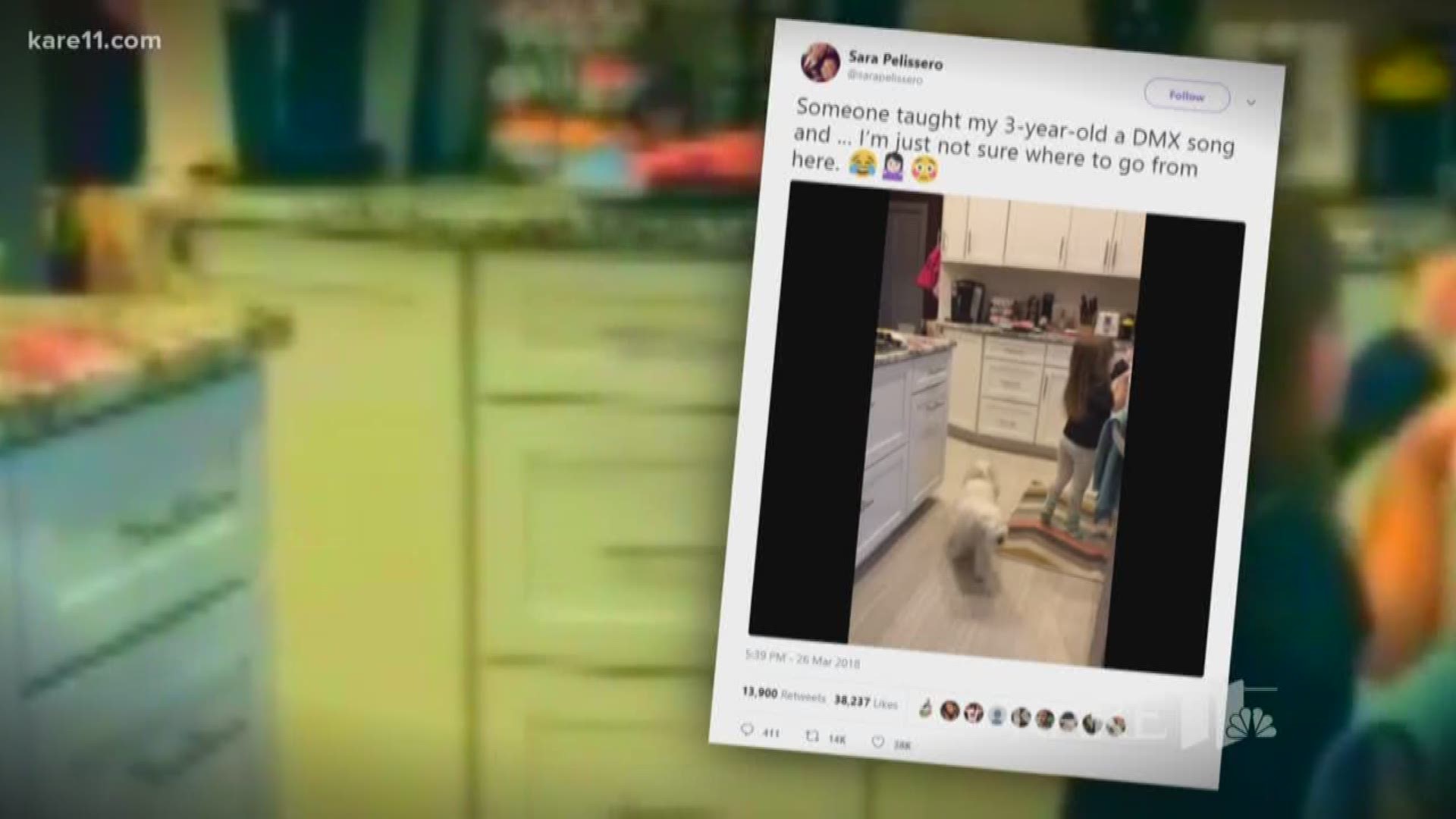 GOLDEN VALLEY, Minn. - A member of the KARE 11 family has a tweet that, for lack of a better term, is going viral. 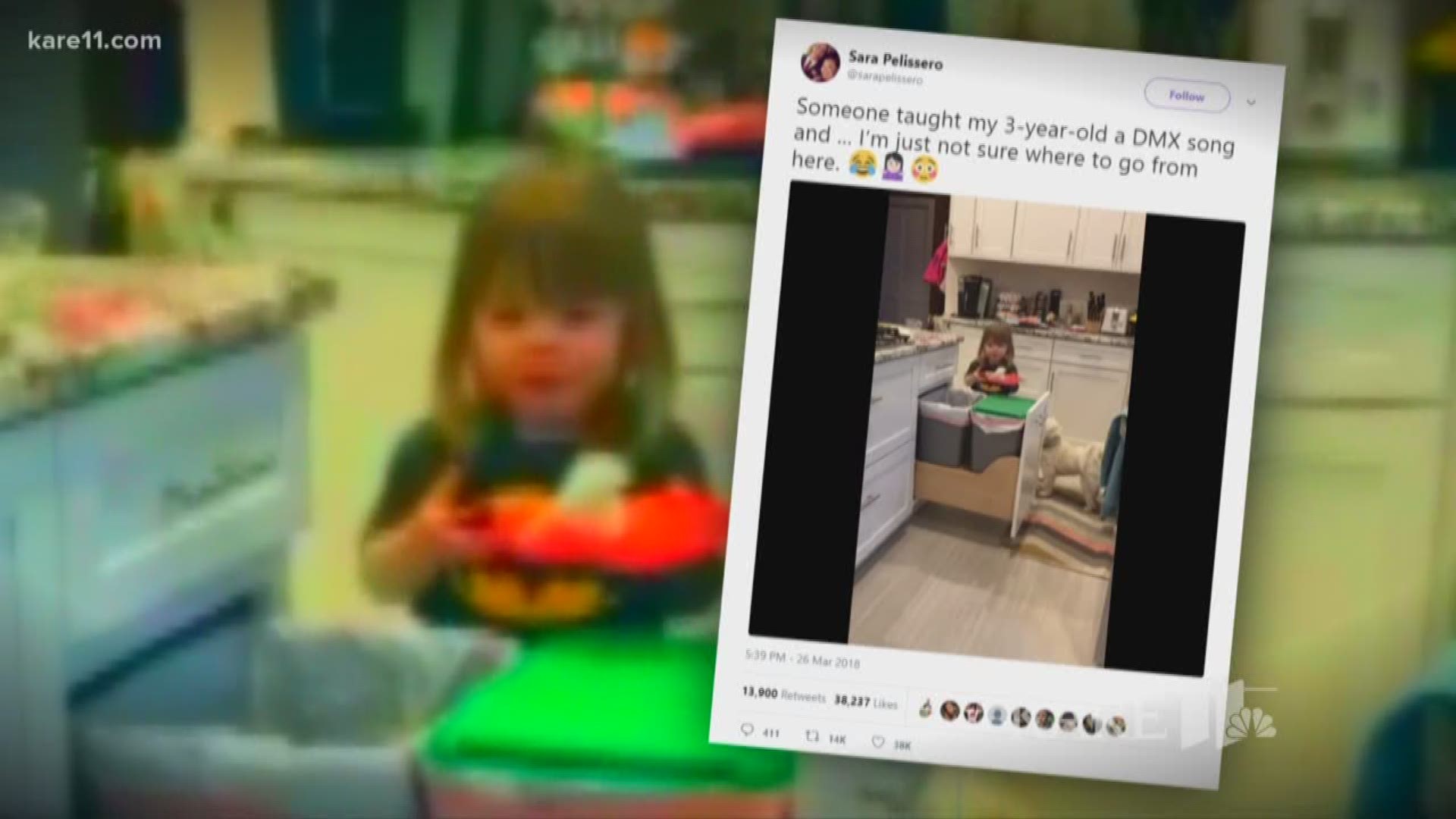 Last time we checked, it's been watched almost five million times. You can see why, below. (Warning: Get ready for a cuteness overload.)

Someone taught my 3-year-old a DMX song and ... I’m just not sure where to go from here. 😂🤷🏻‍♀️😳 pic.twitter.com/ZK8vRybnWn

KARE 11 digital producer Sara Pelissero posted this video of her 3-year-old daughter, Tegan, singing along to the 1999 DMX hit "Party Up." But never thought it would resonate with so many.

"I wasn't even going to post it because I was like, this is my child, I'm probably the only one who thinks this is funny," she said.

The reaction to the video has been mostly people blown away by T's cuteness - or her impressive cleaning skills. Sara says Tegan is required to help out after dinner every night.

Who do you call when you want to report good parenting

May I use this to show my son how dishes are cleared ?

DMX influenced her to clean. You need to bring this as evidence to his court date.

Some posts acknowledge the Pelisseros' parenting skills, calling it "great" and "parenting goals."

"I don't feel like anybody ever feels like they're succeeding at parenting, I think it's just more so surviving parenting," she said, with a laugh.

And Sara knows about surviving.

"Yes, unfortunately," she said. "I was diagnosed with breast cancer last September and it was just such a shock because I had just had a baby not that long ago, and my mom had gone through breast cancer just a few years before that."

And like the lyrics to the chorus Tegan sings in that viral video, Sara thought she might lose her mind.

"Oh completely. I honestly didn't know how we were going to get through it," she said. "In many ways, we were forced to put more responsibility on (our kids) because I wasn't able to be the kind of mom I wanted to be. My day-to-day kind of turned into survival for myself."

Tegan stepped up. She fed the dog, she cleared the dishes and she served love.

"Every day that I get to pick up my kids, I'm so thankful for that," Sara said. "For so long, the answer was always, 'I'm so sorry sweetie, mommy can't.'"

When life could've kept Sara's family down, Tegan lifted them and reminded them there's so much love, "up in here, up in here" to share.

"There were so many people reaching out to us when I was going through cancer, so it's nice to have so much support and outreach for something much lighter," Sara said.

Sara, like many of the people retweeting her, was wondering how in the world Tegan learned a DMX song, so she asked Tegan's daycare teacher, who says she was singing it under her breath -- without any profanity, of course -- when the kids were driving her crazy. 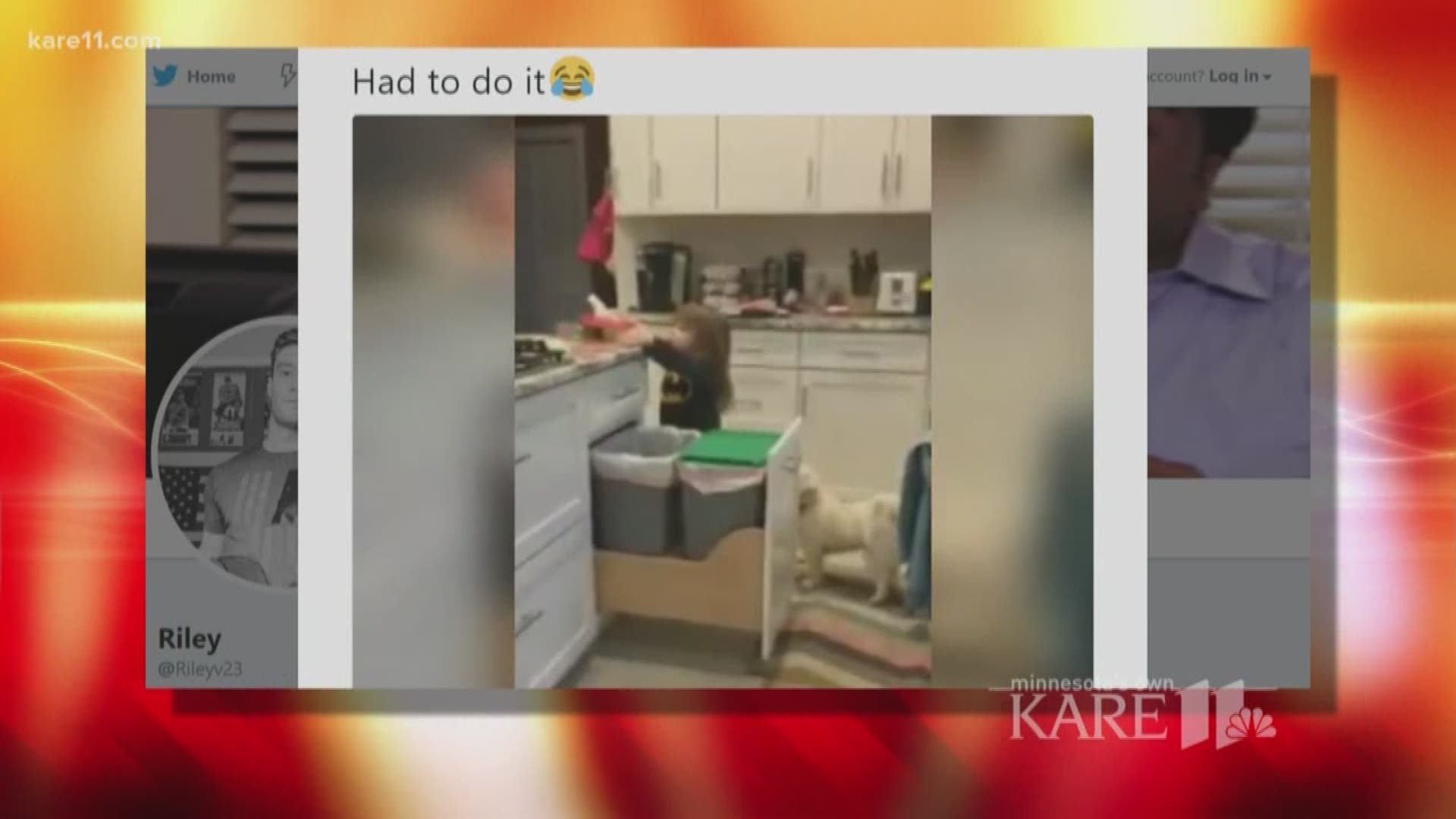 Sara's tweet has been picked up by several other outlets (including NFL Network, where her husband works).

My daughter‘s debut on @nflnetwork — almost as impressive as the 1.4 million views @AndrewSiciliano told me she’d already racked up today. It wasn‘t me @sarapelissero pic.twitter.com/JHl4n0xpkh