A local mom's viral video proves that's not always the case and she wants to make sure every parent knows the dangers. 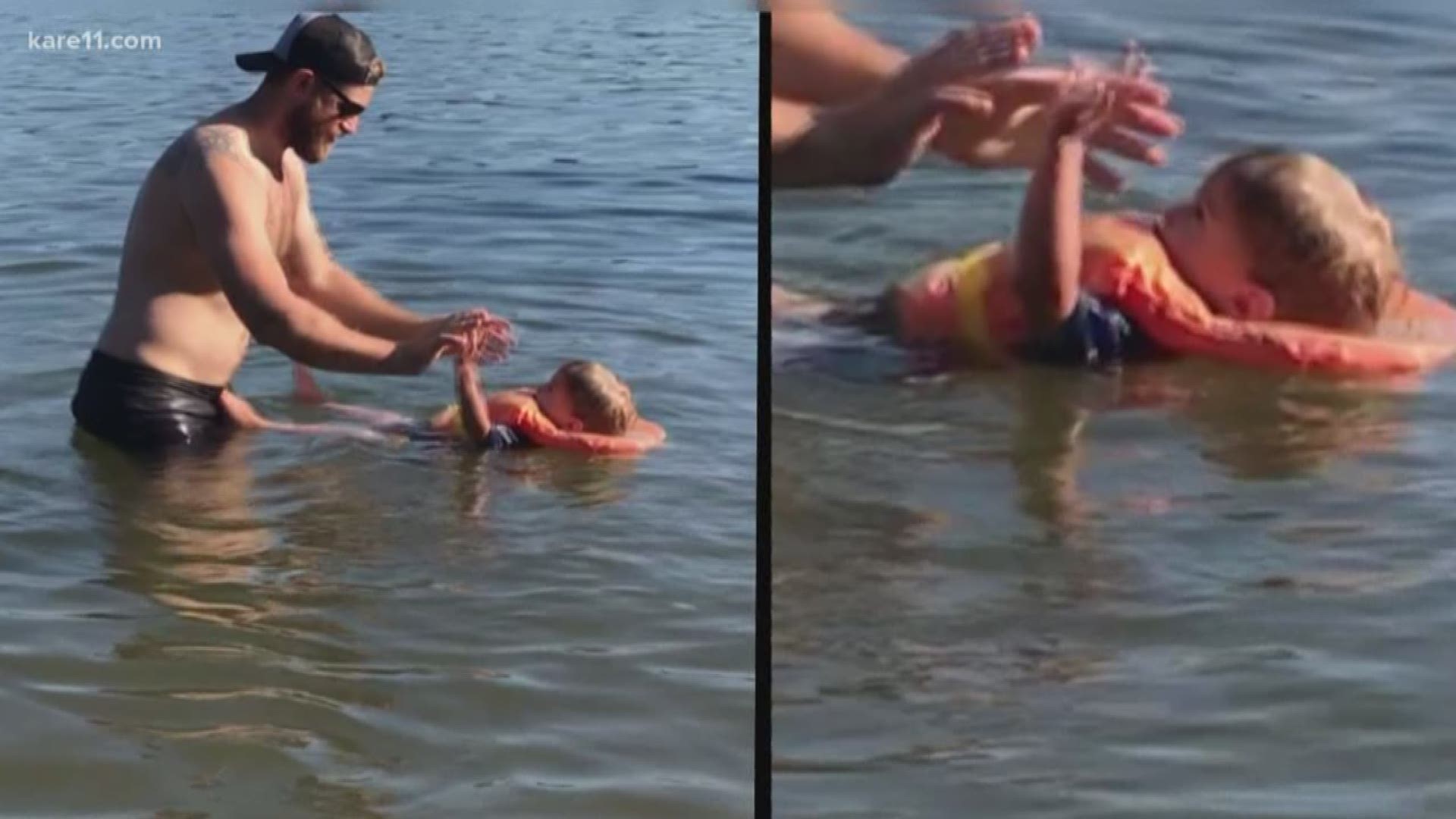 HUDSON, Wi -- When you buy a life vest for your child, you probably assume it's good to go, as long as it's the right size.

A local mom's viral video proves that's not always the case and she wants to make sure every parent knows the dangers.

The video was captured earlier this summer, when Cori Pierson and her husband were testing out their son’s new life vest.

"We have a small fishing boat and we wanted a life vest to keep him afloat in case he ever fell off,” Pierson says.

The video shows him go underneath the water, and then re-emerging less than a second later.

The life vest kept him afloat, but instead of keeping him on his back, like it was designed to do, the life vest turned Logan face first into the water.

“It was shocking and just scary, just to watch it flip my son,” Pierson says.

Pierson posted the video on her Facebook page as a warning to other parents.

At first, Pierson thought there was a design flaw in the vest, but after thorough research she discovered there was nothing wrong with the vest at all.

“It wasn’t necessarily the vest itself, it was the weight distribution,” Pierson says.

Looking at the manual, it clearly states that consumers should test the life vest before using it, because it might not work for every child.

“Even if they’re in the weight range of the vest it might not work for their body type,” Pierson explains.

A quote pulled directly from their website states, “Just because it works for one infant or child, does not mean it will work for another in the same manner.”

Case in point, Pierson bought the same exact life vest for her 5-year-old daughter Eleanor. The only difference was that her vest was one size bigger.

“It worked great for her. It did what it was supposed to do,” Pierson says.

She then decided to take her experiment a step further.

“I brought out my daughter’s old life vest that doesn’t fit her anymore and tried it on my son.”

Pierson captured the test on video and added it to her original Facebook post to show parents the importance of getting the right life vest for their kid.

She’s hoping her chance discovery will inspire other parents to test their kid’s life vests before getting on the water, just in case it doesn’t work for them.

“I feel it’s important for parents to take responsibility for their own child and to make sure they’re safe on the water,” Pierson says.

According to the U.S. Coast Guard, there are also five different types of life preservers.

However, only two types are recommended for kids.

Type three is what’s known as a “floating aid” because it helps kids stay afloat in shallow areas, and is commonly used to teach kids how to swim.

Type two life vests offer better protection and are designed to keep kids afloat if they fall out of a moving boat.