Egg to caterpillar to chrysalis takes about a month before an adult monarch butterfly takes flight. It's this cycle that leads to two peaks in monarch activity every summer. We're in one of those peaks right now. 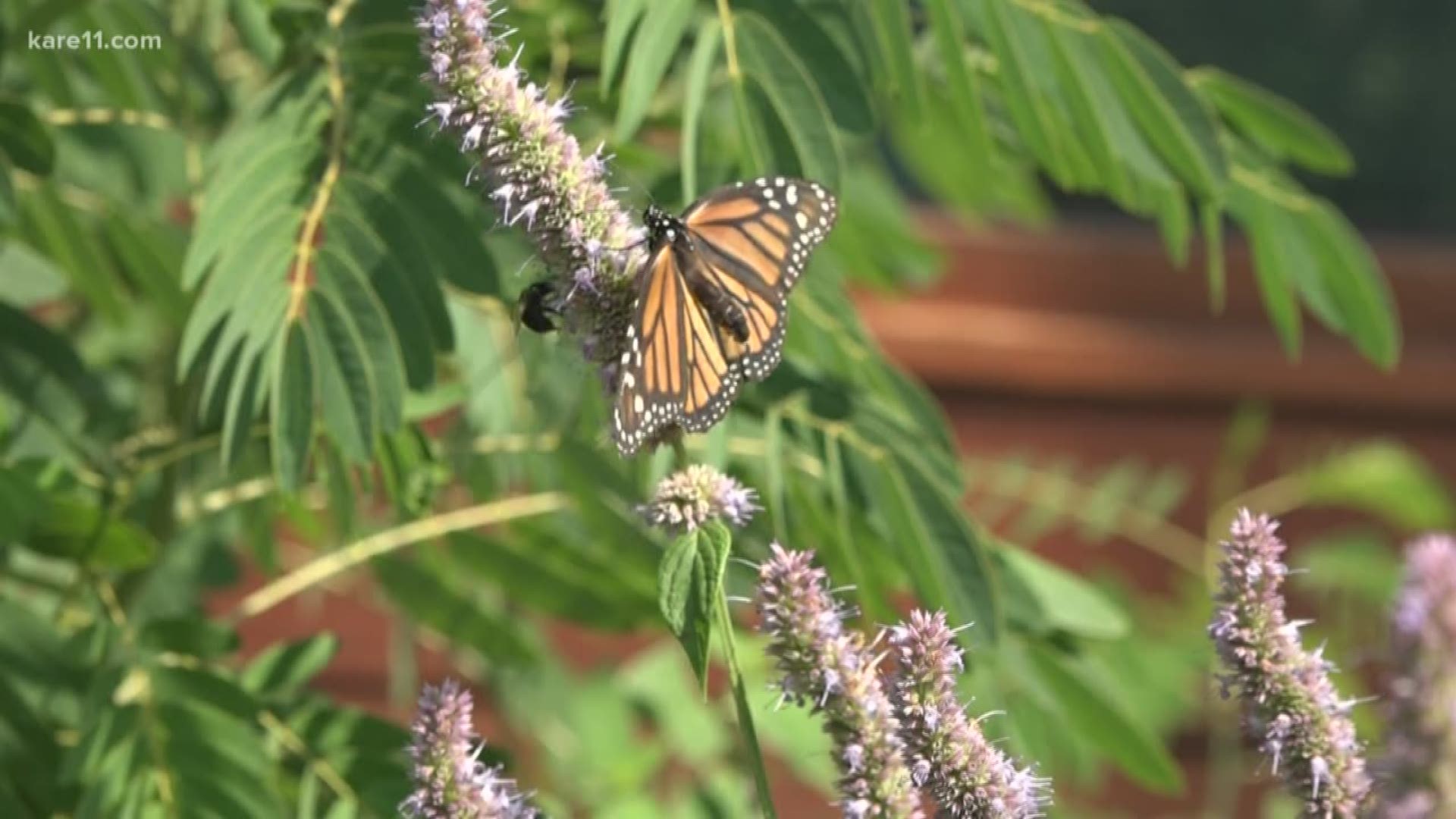 Several of you at home...and some of us here in the newsroom have noticed a bunch of monarch butterflies lately.

Egg to caterpillar to chrysalis takes about a month before an adult monarch butterfly takes flight. It's this cycle that leads to two peaks in monarch activity every summer. We're in one of those peaks right now. And still to come, the butterflies timed to emerge in the next couple weeks are extra special.

Cora Lund Preston of the Monarch Joint Venture sheds some light on this next generation. "The adult butterflies that we're going to see in the later part of august are going to be migrants. These monarchs live up to nine months as opposed to the adults we've been seeing all summer, which will live only two to four weeks as adults."

They do this by pausing their reproductive cycles. These butterflies are tasked with the amazing feat of migrating the 2,000+ miles to Mexico for the winter and then beginning the journey back north in the spring. Only then will they lay eggs. It's two generations later that we see them in Minnesota.

"It's a truly intergenerational migration, which is an amazing phenomenon because they somehow know where to go year after year when it was their great, great, great grandparents that went there last time," she explains.

It's in Mexico this winter that we will get a better idea of how the population is faring. Instead of counting monarchs one by one to measure their population, scientists determine how much forest space they take up, counted in hectares. There are millions of monarchs in each hectare.

To help reach that goal, you can plant milkweed and native flower gardens, no matter how small. And encourage your neighbors, friends and family to do the same.