On Tuesday afternoon, MPD Sgt. Sara Metcalf and other members of her team were called to the Hennepin Avenue Bridge. A young woman was over the bridge railing threatening to jump. 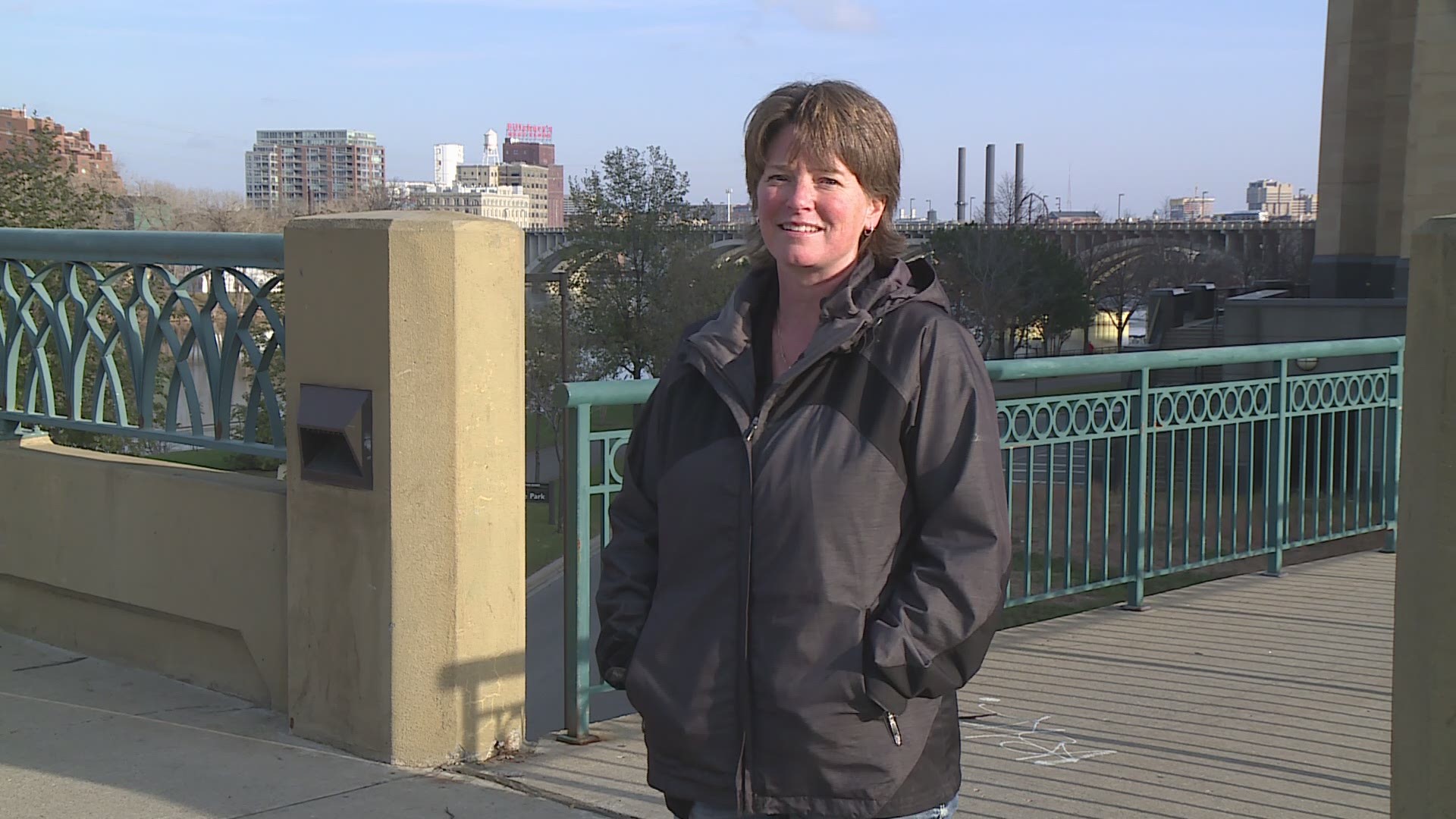 "I remember all of them, every call like this," she said.

Metcalf has been with the department for 19 years. She's been a crisis negotiator for about 15 of them.

On Tuesday afternoon, Metcalf and other members of her team were called to the Hennepin Avenue Bridge. They arrived to find several medics, officers and firefighters already on scene. A young woman was over the bridge railing threatening to jump.

"She was just not responding to the officers. I was also having a hard time getting her to talk," said Metcalf. "I just wanted to connect with her so I told her I just wanted to sit and talk."

Eventually, Metcalf did sit and talk to the woman, climbing over the railing and, in a harness, sat on the ledge with her. The Minneapolis Police Department posted a photo on Facebook.

Just the two of them. Sitting. Talking. Listening.

"I just started talking. I told her that I've been through stressful situations and we all need a helping hand sometimes. So I gave her my hand and I told her today is not the day. I'm so thankful she took it," Metcalf recalled.

"So what do we do next?" the woman asked Metcalf.

"Let's put one foot in front of the other, move off this bridge, get through this day and get you to where you need to be," Metcalf replied.

All part of the job.

"This is why we become police officers. We have a calling to want to help people when they're in a crisis," Metcalf said while crediting the efforts of other members of the Minneapolis Police and Minneapolis Fire departments.