The decision comes after complaints that officers on the Downtown Public Safety detail were targeting African-American men in their effort to clean up livability crimes. 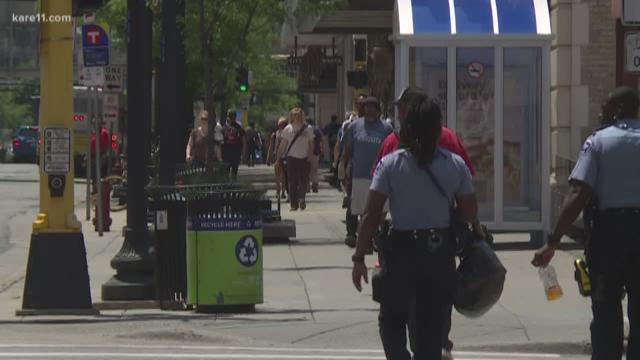 MINNEAPOLIS - Issuing what he called "a community call to action," Minneapolis Police Chief Medaria Arradondo announced Thursday that his department will no longer conduct stings for certain low-level marijuana crimes. 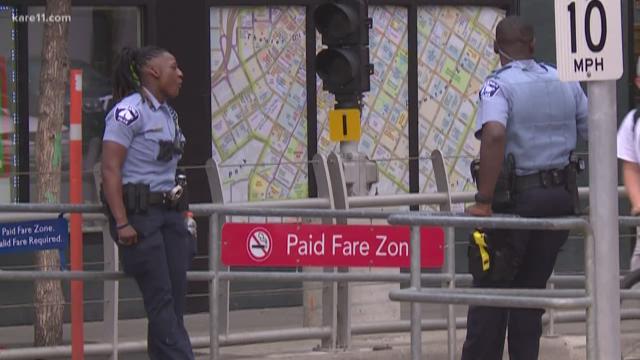 "Mayor Frey has directed us, has directed me as chief, we will discontinue specific low-level marijuana enforcement, and I agree with the mayor's decision," Arradondo told reporters.

In a statement issued two hours after the news conference, Mayor Frey clarified that he directed the police department to "cease any undercover operations aimed specifically at marijuana sales.”

Those undercover operations resulted in a disproportionate amount of African-Americans arrested in downtown Minneapolis, according to Hennepin County Chief Public Defender Mary Moriarty. She confirmed to KARE 11 that her office has filed a motion in district court, seeking data and a hearing about the racial disparity. A total of 46 out of their 47 clients with marijuana charges are black, Moriarty said.

Arrandondo did not reference the court motion in his press conference on Thursday afternoon, but he said he became aware of concerns about racial disparities last week. He also did not dispute the statistics from the public defender's office, but he pointed out "there's more nuance" to the numbers.

"There were more arrests than that and also, more other additional charges other than just marijuana to those," he said, pointing out that it resulted in more than 100 felonies and 90 gross misdemeanors. "So yes, the highest percentage, absolutely, were African-Americans that were arrested for low-level marijuana. But the detail encompassed, it wasn't just 47 cases."

Mike Freeman, the Hennepin County Attorney, said the stings happened "without our knowledge." He said in a statement that one-fourth of the 47 cases have already been dismissed, diverted or downgraded.

"When we learned about this situation on Tuesday, we took immediate steps. First, I spoke to Police Chief Medaria Arradondo and said I would not be charging these types of cases," Freeman said. "And, we began an immediate review of the remaining cases brought to our attention. We started making new offers to the defendants and we are in the process of dismissing them."

A reporter asked what threshold constitutes a "low-level" drug offense, and how officers know whether someone is holding $20 worth of marijuana or $2,000. The chief admitted that officers can't know before engaging a suspect, and said that what constitutes "low-level" is up for discussion.

The decision comes after complaints that officers on the Downtown Public Safety detail were targeting African-American men in their effort to clean up livability crimes. While saying his officers were simply carrying out a legal and professional process, Arrandono acknowledges that a disproportionate number of those arrested for dealing or possessing small amounts of pot are people of color.

The chief says he and top-ranking police officials will meet with city and county attorneys to discuss different ways these cases can be handled, to reduce the number of African-American men entering the criminal justice system.

"The number of African-American males who feel their only choice to survive and provide for themselves by selling drugs is something that deeply concerns me as a chief, and as a citizen," Arradondo said. "I never want MPD to contribute to a sense of hopelessness to our community, but I also know police cannot solve these issues alone."

Arradondo says he wants community shareholders to weigh in and discuss alternatives to arrest and incarceration, including treatment, counseling and diversion.

"The goal is to keep our city safe," he said. "But the goal is we also want to contribute to the hope that so many in our community, especially our African-American males, are not experiencing at this time."