Minneapolis Public Schools have taken a step to be more inclusive of transgender and gender non-conforming students. 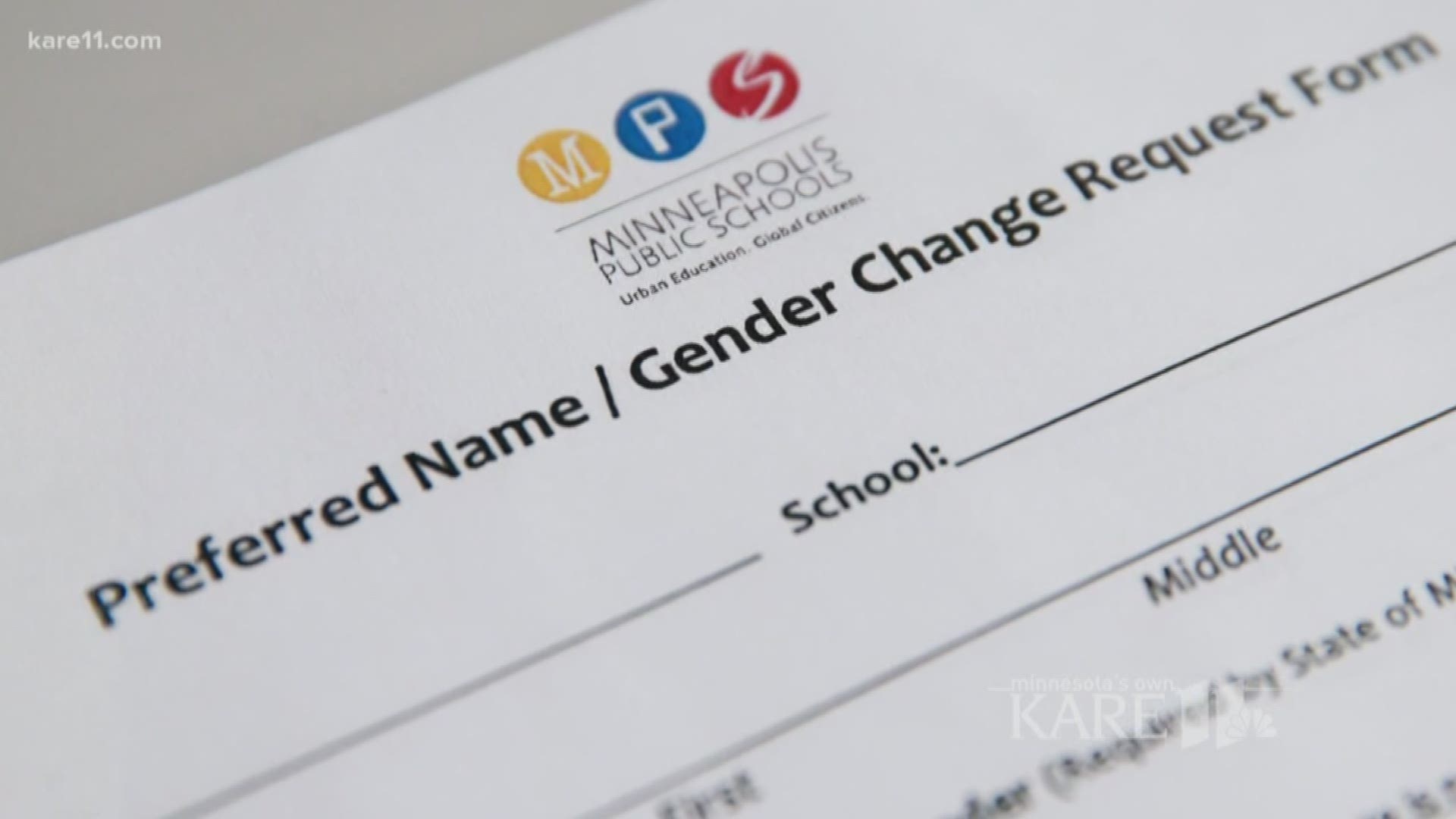 MINNEAPOLIS - In Minneapolis Public Schools, students can now fill out paperwork to be identified by their gender of choice.

"Like I'm not a girl or a boy, I'm just me," said Olive Linabery, a 9th grader at Washburn High School.

Linabery is gender neutral and doesn't identify with being male or female.

"To have everyone see me as a young woman, it was super uncomfortable for me," said Linabery.

The forms allow students to write their "preferred name" and select the gender they identify with, and a guardian has to sign off on it.

Since January 2012, MPS has worked to change policies to support every student.

For example, many of the MPS school restrooms and locker rooms are gender neutral.

The new forms, officials say, will give students added support.

"So now our student will have greater visibility and respect in our schools and help increase positive student-teacher relationships," said Bucklin.

"It's so amazing that we get to be, like, recognized in our school and it just makes it feel so much safer," said Linabery. "You can be like, 'Wow they really care about who I am.'"

St. Paul Public Schools also have gender neutral restrooms and locker rooms at some schools and a form that students can fill out to change their gender and name.