#MPRraccoon was removed from the roof of the UBS building in downtown St. Paul and released into the wild early Wednesday afternoon. 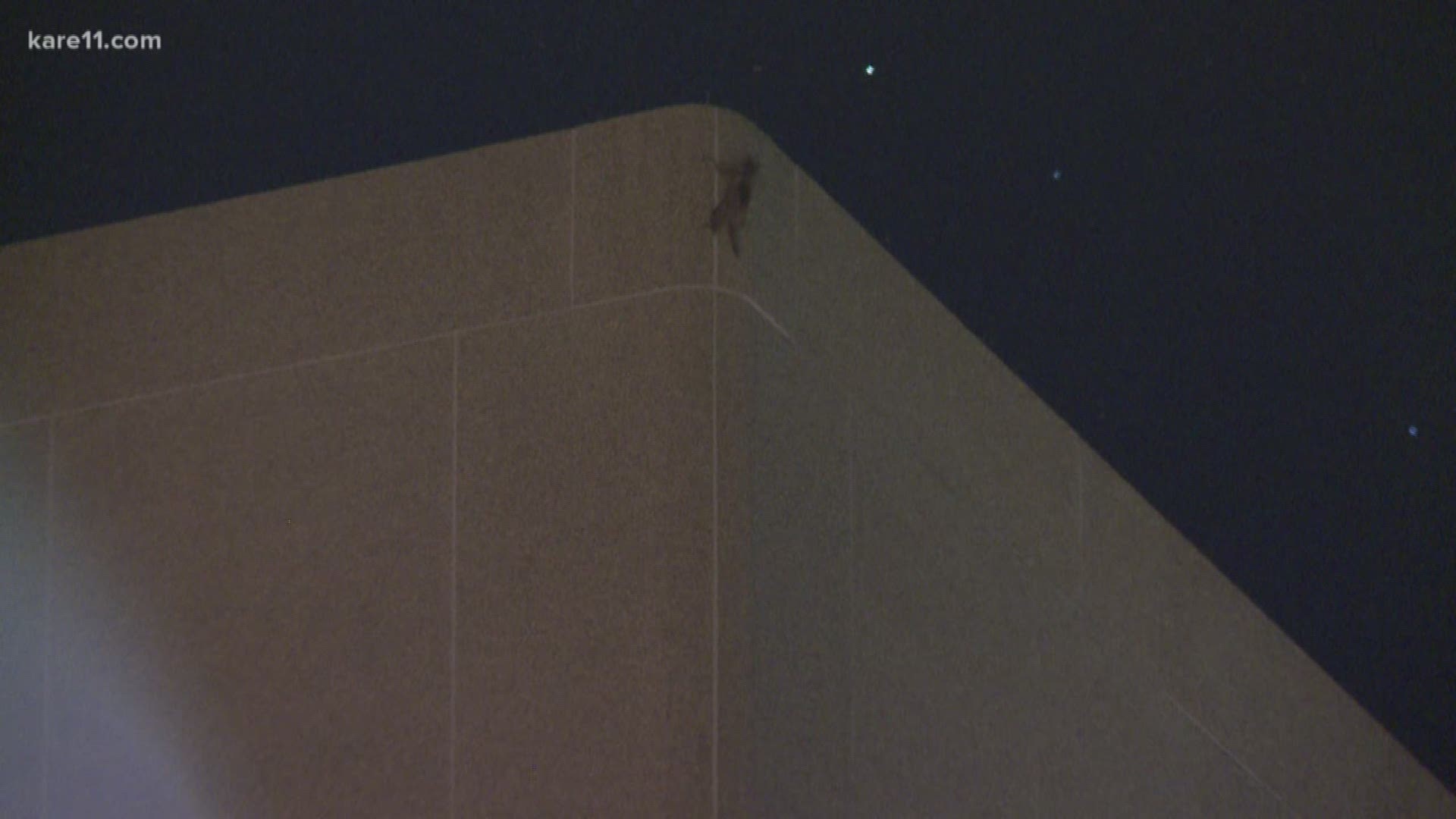 ST. PAUL, Minn. - MPR Raccoon, whose death-defying climb captured the attention of people across the world, was removed from the UBS roof and released into the wild early Wednesday afternoon.

The pest control company removed the raccoon from the UBS roof around 10 a.m. 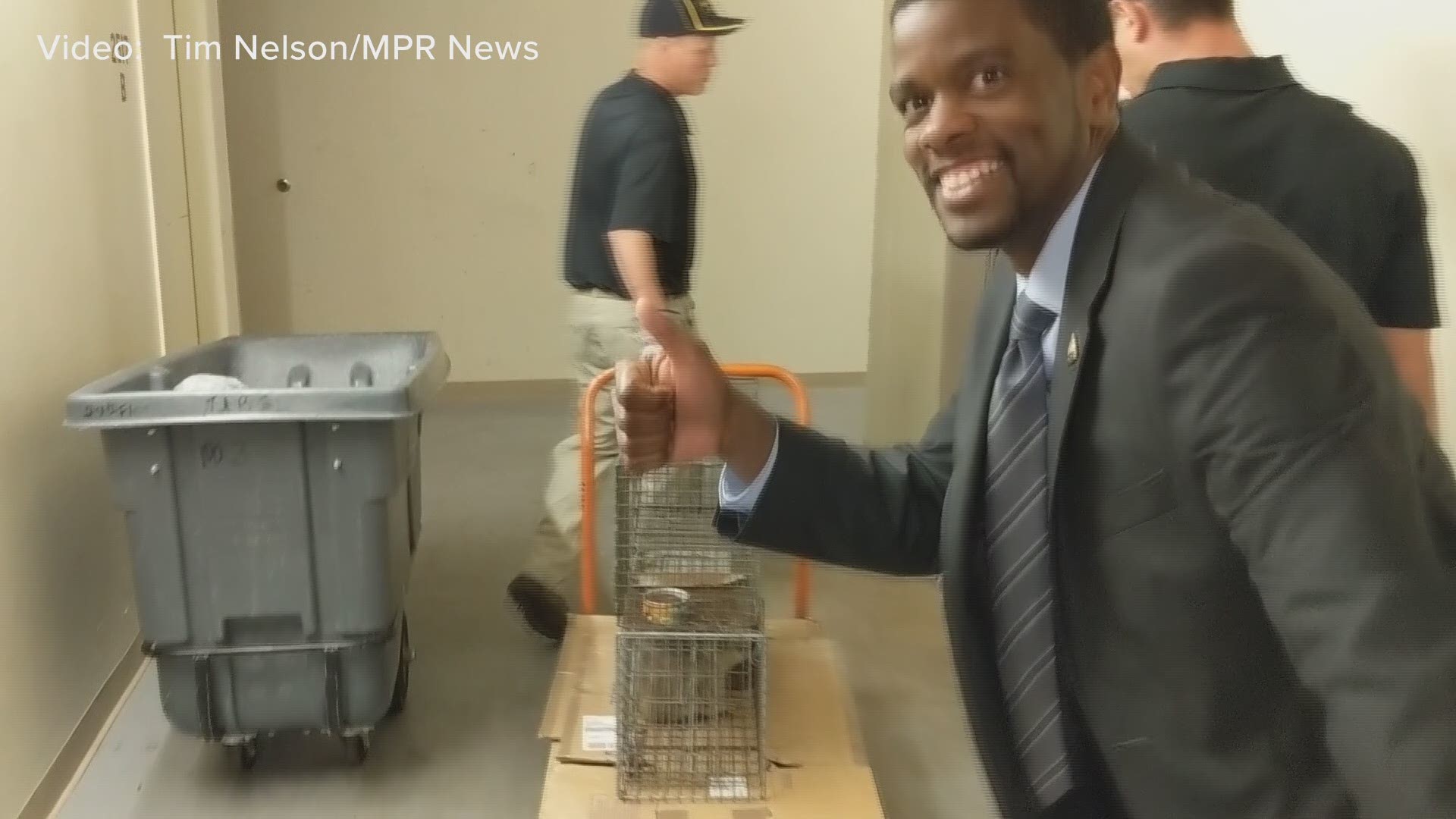 Minnesota Public Radio News reporter Tim Nelson, who has been covering this story since Monday, tweeted shortly after 7 a.m. Wednesday that building management told Paige Donnelly Law Office that the trap set up on the building's roof had successfully captured the little raccoon.

The raccoon became stranded on a ledge of the Town Square office building earlier, according to Nelson of MPR News.

This poor raccoon apparently got itself stranded on a ledge of the Town Square office building in downtown St. Paul, likely on an errant mission to raid pigeon nests on the skyway over 7th Street. It's been there for two days now, without food or water. @mprnews pic.twitter.com/fVI5pmdCWq

On Tuesday, building maintenance workers were able to get the little guy to move, but he unfortunately took a more dangerous route, climbing UBS Tower next door.

He made a run for it! Still stuck though. pic.twitter.com/8Z7KTK8K1y

I don't know if I can watch this much longer. The #mprraccoon is scaling the UBS Tower. Now 12 stories up. pic.twitter.com/MaP35MLo9j

By midday Tuesday, the raccoon was 12 stories up the tower. And around 12:30 p.m., Pioneer Press reporter Tad Vezner captured a couple of shots of the raccoon apparently taking a nap on the other side of the window.

Oh nothing just a raccoon hanging out on the 22nd floor of UBS Plaza downtown. pic.twitter.com/XaXE9XExxD

MPR News branded the courageous climbing coon #MPRraccoon. By 4:30 p.m. Tuesday, it was resting 23 stories up.

He is on the ledge on our floor. He seems to be doing well. We’ve been told that the building has live traps on the roof and are trying to get him to go up there. We all just have to keep our fingers crossed.. #mprraccoon pic.twitter.com/HY1PkuFKz0

Laurie Brickley, St. Paul Department of Safety and Inspection spokesperson, confirmed Tuesday evening that traps were set on the roof.

“Any other measures we think would endanger him. We’re hoping he continues his climb,” she said.

By 2:30 a.m. Wednesday, the raccoon did make it onto the roof of the UBS Tower. At that point, the lure of cat food apparently enticed it into the trap.

Whatever fate awaits the wild creature, it's now achieved whatever level of fame an animal hits when it gets multiple Twitter accounts.

I made a big mistake. #mprraccoon

KARE 11's Lindsey Seavert was there keeping tabs on #MPRraccoon.

And here's how it all got started... 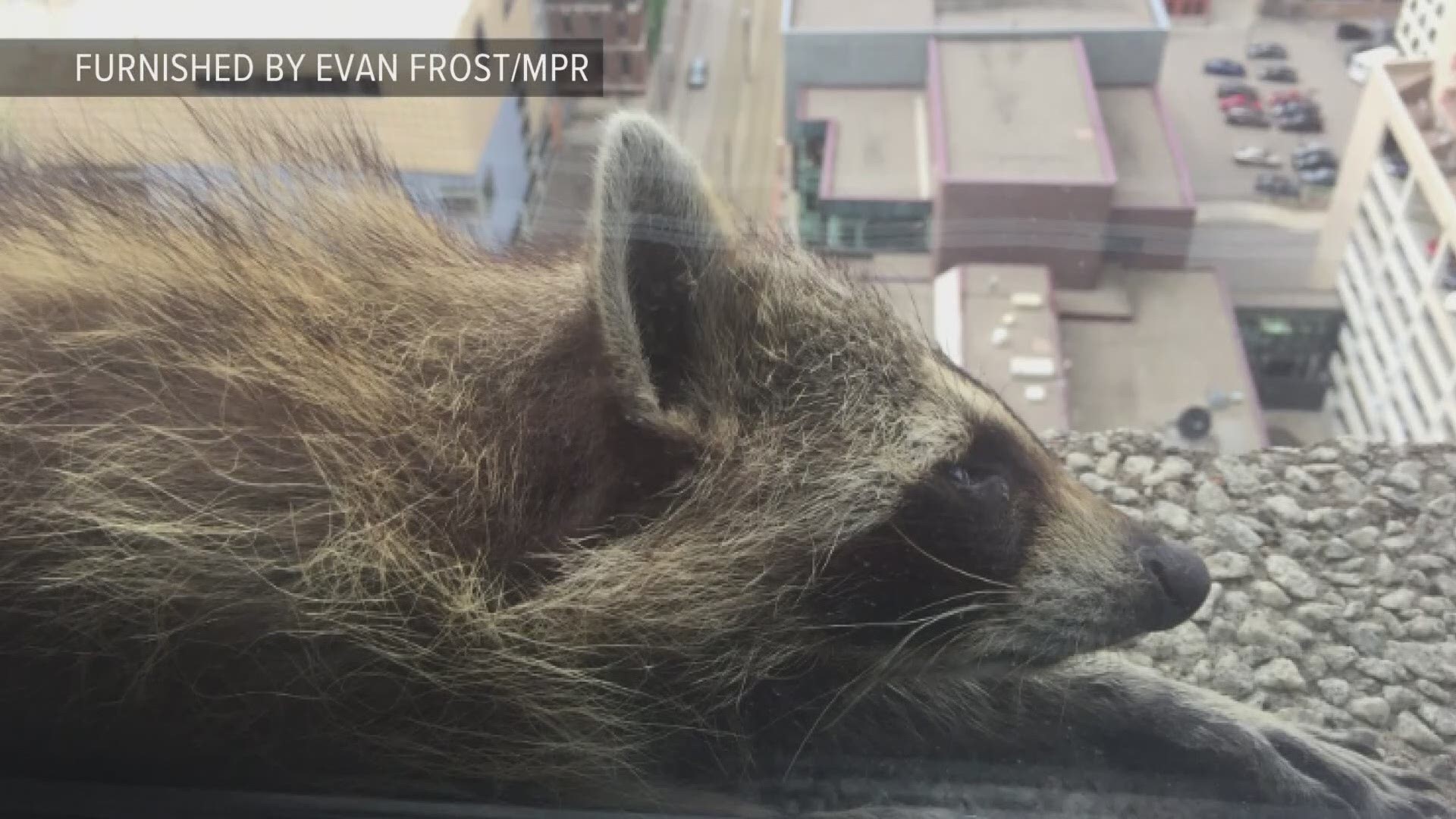