The maintenance staff at the Minneapolis-St Paul Airport work around the clock to keep the four runways clear. 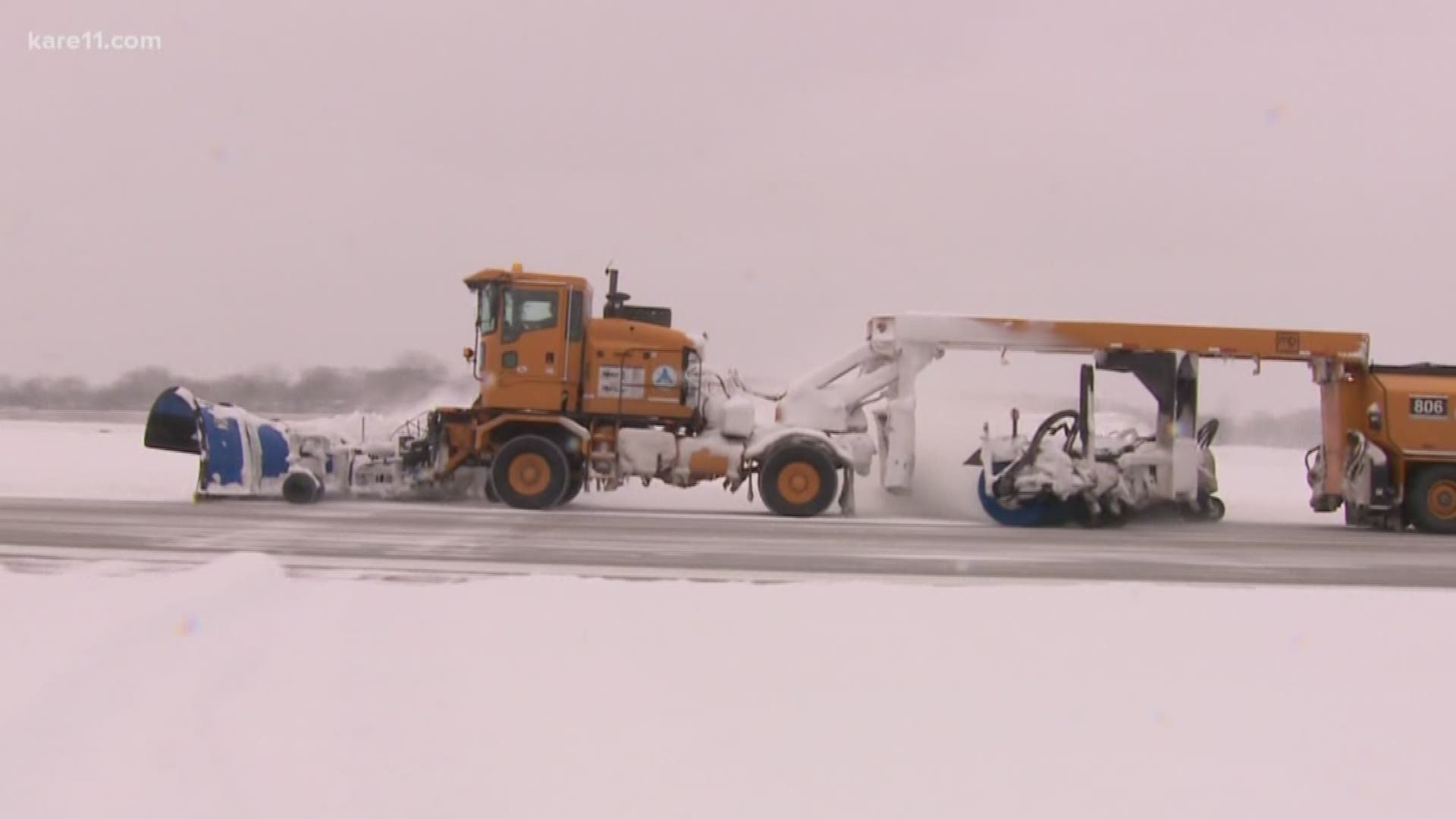 When the chance of snow is 100 percent, runway crews at the Minneapolis-St Paul International Airport say they top that.

“They give 110 percent,” Manager of MSP Field Maintenance Jim Riley said of his staff.

And with another storm coming in an already snowy winter, the airport’s plows and brooms and sanders and blowers are headed out yet again.

“It's been a very trying year,” Riley said.

Riley leads the 110 people who work around the clock to keep the four runways clear: mechanics, drivers and maintenance staff who won't stop until the snow does.

“It will be all hands on deck until the end of the storm,” Riley said.

Some this year have worked 80 hours of overtime in just a week, determined that no matter how fast the snow falls, they'll be faster.

“Once we get behind the eight ball,” said Riley, “It's pretty hard for us to catch up.”

That's also true at MSP's Intercontinental Hotel, the only hotel linked to the terminal. It opened in July and its first winter is a busy one, full of fliers with delayed and canceled flights. Friday night, there were also some who checked in when they saw the forecast.

“In February there were quite a few days we went from 30 percent to 100 percent booked within a matter of hours,” said Carolyn Uselman, the hotel’s Director of Guest Services.

While those travelers sleep, the airport staff will keep on working, determined that those trying to escape the snow won't be grounded by it.

“We want people to get out of here and enjoy the nice weather,” said Riley.