Some might want to forget about a car crashing through their business, but Robert Wagner memorialized it instead. 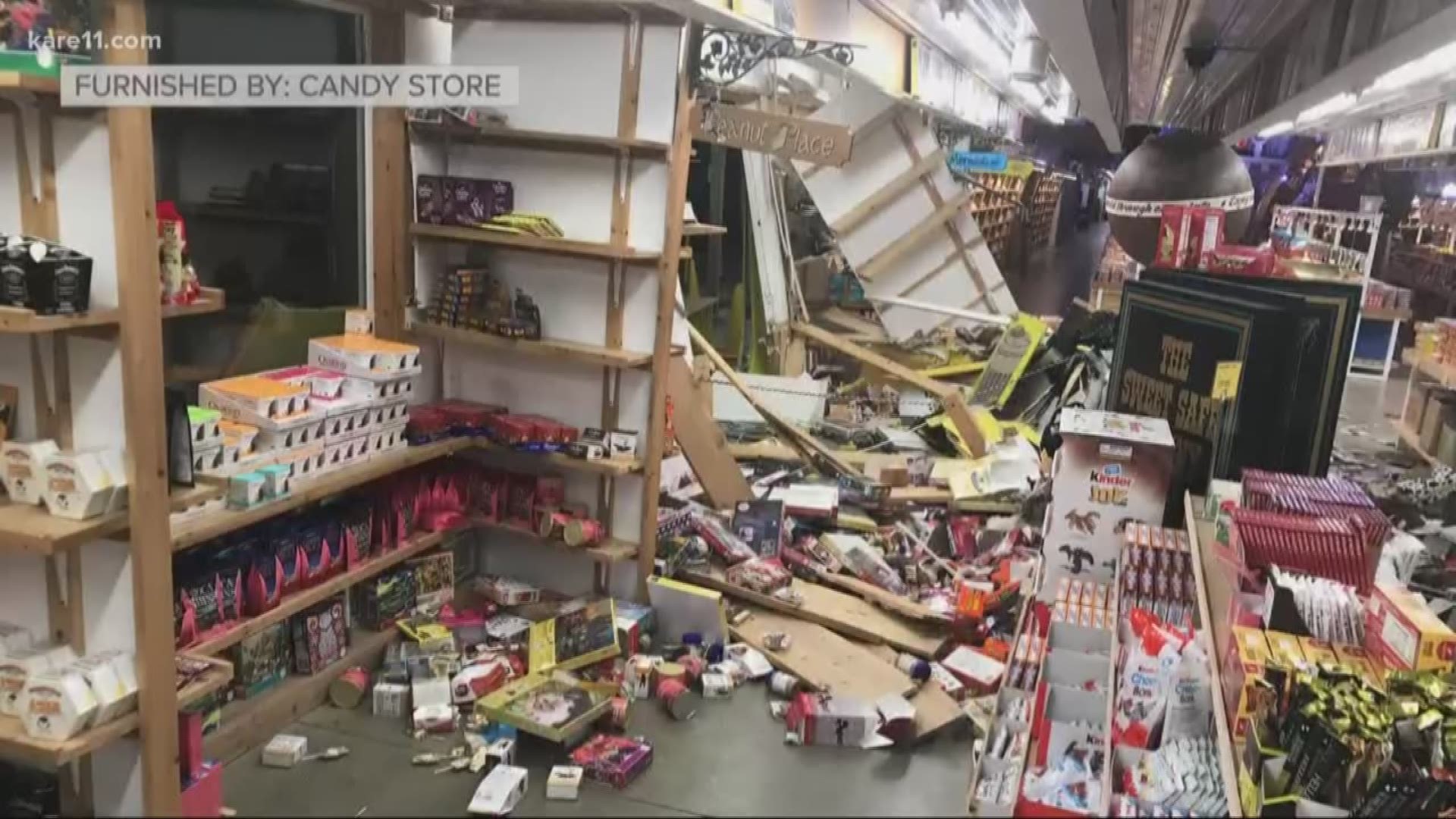 JORDAN, Minnesota — A car going airborne and smashing through the wall of your successful business is something most people would want to forget.

The owner of Minnesota's Largest Candy Store in Jordan was cleaning up after Sunday night's unfortunate event, scrambling to close up the gaping hole in his big yellow barn when one of the workers came up with an idea.

Instead of just leaving a plain piece of plywood over the hole in the wall, why not use paint to recreate the moment?

A quick phone call to Lana Beck, a local artist who does lots of work at the candy store, and the wheels were in motion, so to speak. It wasn't long before the image of a smashed-up Honda Odyssey was there to greet customers, a case of art imitating life.

There's also a series of billboards poking the driver of the SUV that rear-ended the minivan that then careened into the barn. It reads "(drivers name) I guess you could hit the broad sign of a barn."

Credit: Jerry the soda guy
A series of billboards pokes fun at the man responsible for sending a minivan through the wall of Minnesota's Largest Candy Store.

Wagner is always quick with a laugh or a joke, and doesn't mind pushing the envelope a bit but he admits the incident has made life a bit challenging for the past few days. He wondered whether patrons would have a negative reaction to the mural, but the exact opposite has happened. Beck's painting is a conversation starter, and Wagner admits curiosity about the disaster has actually given business a bump.

"You don't know until you do it, but in this case it's been very positive," he said.

In fact, Wagner has left some building debris and the smashed table to accompany the plywood mural.

"It'll be a living memorial for quite some time," he laughed. 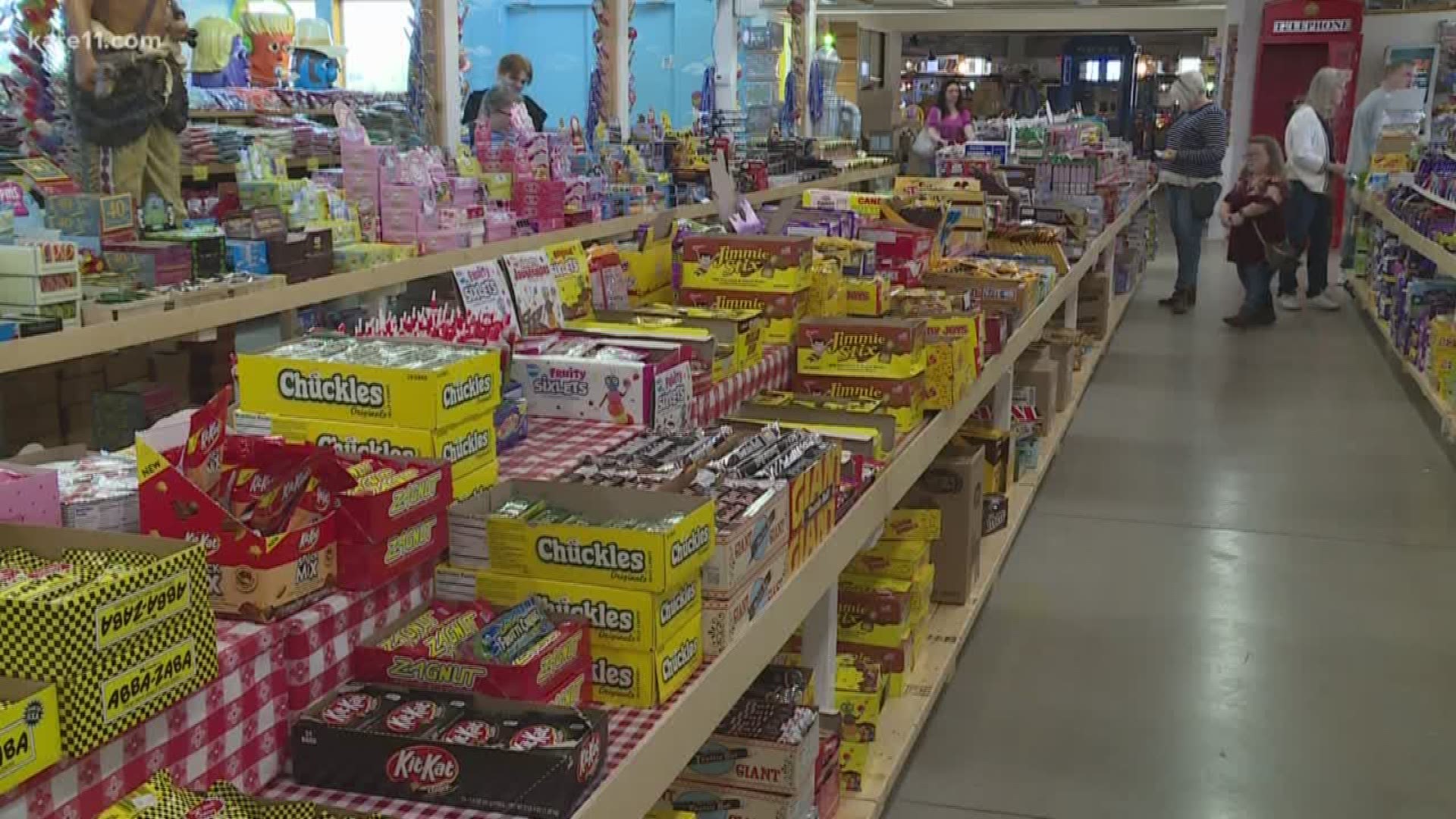 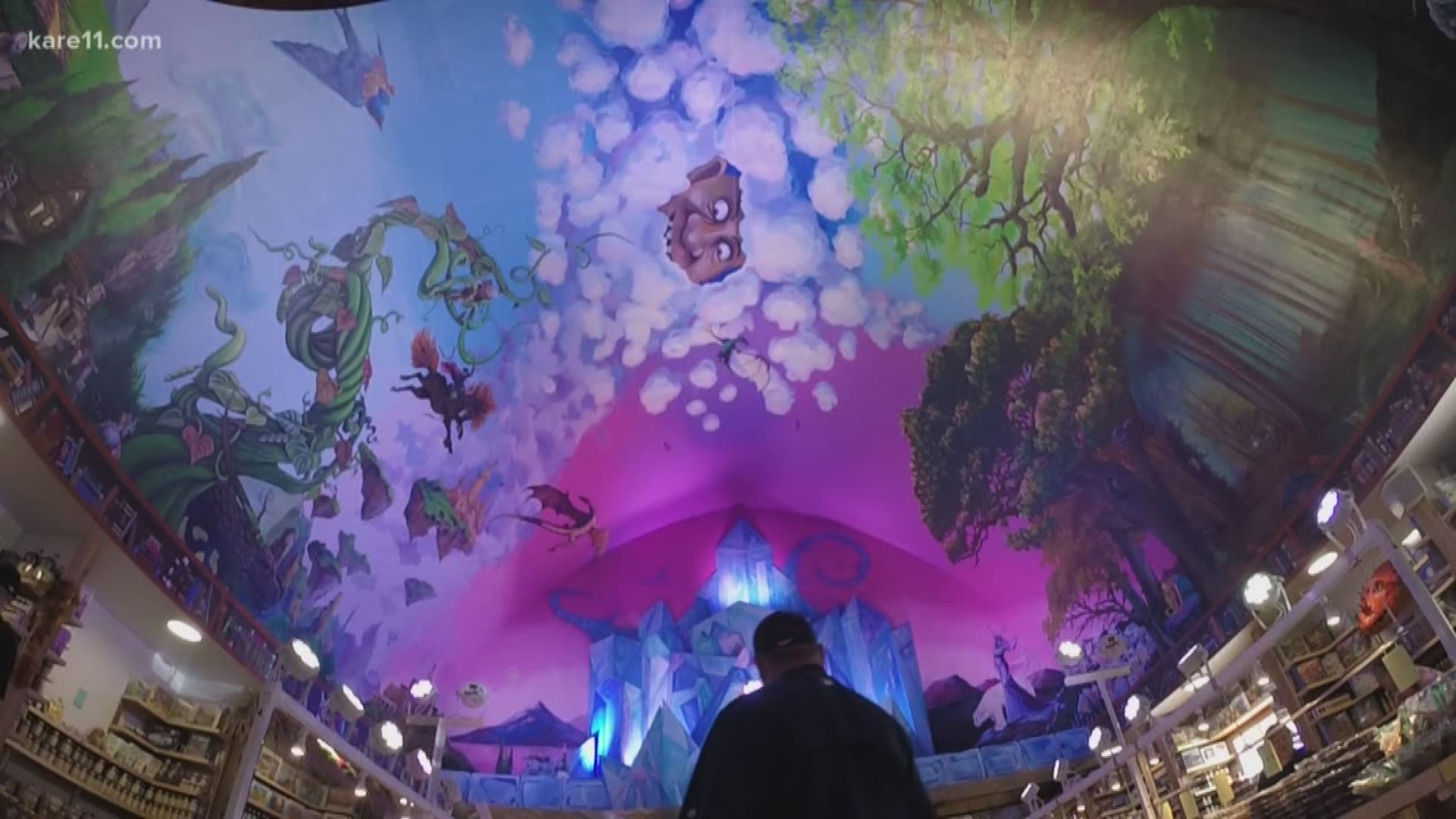