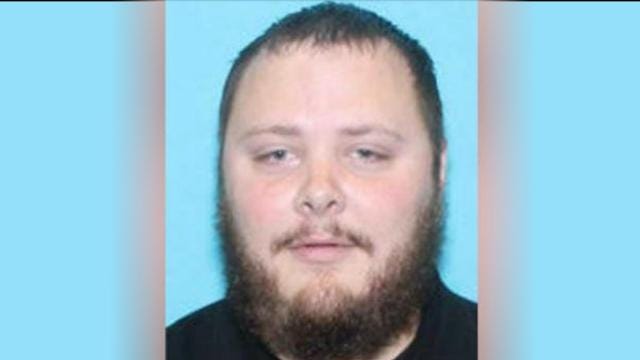 WASHINGTON – The Air Force failed four times to provide authorities with information that could have prevented mass murderer Devin Kelley from buying weapons, according to a Pentagon Inspector General's report released Friday.

On Nov. 5, 2017, Kelley burst into the First Baptist Church of Sutherland Springs, Texas, and opened fire with one of those weapons, an AR-15-style assault rifle. He later killed himself.

It was the deadliest mass shooting at a church in American history, with 25 people killed plus an unborn child.

Kelly was able to buy the weapons because the Air Force had not reported his criminal activity to authorities. Service members with criminal violations cannot legally purchase weapons.

The 129-page report portrays Kelley as deeply troubled, cruel and violent. It also offers chilling warning signs of the mayhem he would later commit.

The most recent missed opportunity to prevent the sales occurred in 2014, when the Air Force failed to notify the FBI that Kelley had been convicted at a court-martial in 2014 of assault, a crime that disqualified him from buying weapons legally. The Air Force also failed to send the FBI Kelley's fingerprints, the inspector general found. In that case, Kelley had received a one-year sentence for threatening his wife with a loaded gun and attacking her one-year-old child.

The Air Force failed three other times to notify the FBI of events that should have triggered warnings and barred Kelley from legally obtaining weapons, according to the report.

Kelley bought weapons four times illegally because the Air Force failed to submit fingerprints to the FBI, according to the inspector general's report.

Friday's report underscores longstanding problems the armed services have had in providing civilian officials with information that should disqualify troops from buying firearms.

"It is critical that the (Department of Defense) fully implement our recommendations to correct past deficiencies and prevent future lapses in reporting," Glenn Fine, the top official for the Pentagon Inspector General, said in a statement.

Those recommendations include: background checks of recruits, revised training and reviewing the performance of the personnel that were involved in the lapses. The Air Force agreed that the recommended changes need to be made.

The Air Force set up a task force after the Texas shooting to review its files dating to 1998. Federal authorities have been notified of all cases in which an airman should be prevented from buying a firearm, said Air Force spokesman Ann Stefanek.

The report released Friday details Kelley's criminal record, mental health crises and his own threats of mass murder and suicide.

In the spring and summer of 2011, Kelley's infant stepson was treated at hospitals and clinics for bruising and broken bones. His wife told a member of the Air Force Reserve that Kelley had choked her and threw her against a wall.

On Sept. 7, 2011, Kelley, assigned to a logistics unit at Holloman Air Force Base in New Mexico, walked into the base mental health clinic and said he was unable to cope with stress. His mental health history included treatment for depression, attention deficit disorder, anxiety, agitation and insomnia. Kelley left with prescriptions for anti-depressants and sleeping pills.

On Christmas Eve 2011, Kelley choked his wife, kicked her stomach, and dragged her by her hair into the bathroom, she told investigators. “I’m going to water-board you,” she quoted him as saying. Kelley then "stuck her head directly under the shower head."

In April 2012, Kelley admitted himself for the second time for in-patient mental health treatment. He told staff that he was going to shoot himself and they "put a high-risk notification alert on his chart due to his homicidal and suicidal indicators."

He also, according to the report, told his wife: “If the cops show up at my door, I will shoot them. My work is so lucky I do not have a shotgun because I would go in there and shoot everyone.”

A nurse noted in Kelley's record that he had been warned about perusing web sites for guns while under treatment. The nurse added, "but again his insight and judgment are so impaired that he does not make the connection about how that does not look good on him."

In May 2012, a "High Risk for Violence Response Team" meeting was held at Holloman at the request of a military lawyer and Kelley's supervisors. The team's consensus: Keep Kelley in the hospital until he can be confined and sent to court-martial.

"It is agreed that the service member is to be considered 'high risk' for SI (suicidal ideation) and HI (homicidal ideation) should he be released from the hospital," the team's report concludes.

After his court-martial conviction in 2012, the red flags on Kelley continued. In June 2013, a 20-year-old woman reported that Kelley had sexually assaulted her at the home of his parents. Authorities in Texas dropped the case after the woman did not respond to requests for an interview.

In 2014, authorities in Colorado Springs put him on probation for animal cruelty after a neighbor reported seeing Kelley throw his dog on the ground, punch it and drag it into his house.

On April, 7 2016, Kelley bought a Ruger AR-556 semi-automatic rifle in Colorado Springs, a purchase that would have been prevented if the Air Force had provided federal authorities with the required records about him.

Kelley's former Air Force supervisor reported receiving a second threatening message on Facebook from him, on March 1, 2017. Kelley wrote that his only regret was "not ending her" because she deserved a "nice long dirt nap."

More: Air Force: We will comply on criminal data

More: Texas church, site of deadly massacre, to be demolished

1 / 94
Community members gather for a vigil across the street from the First Baptist Church in Sutherland Springs, Texas, where 26 people where killed in shooting Nov. 5, 2017.